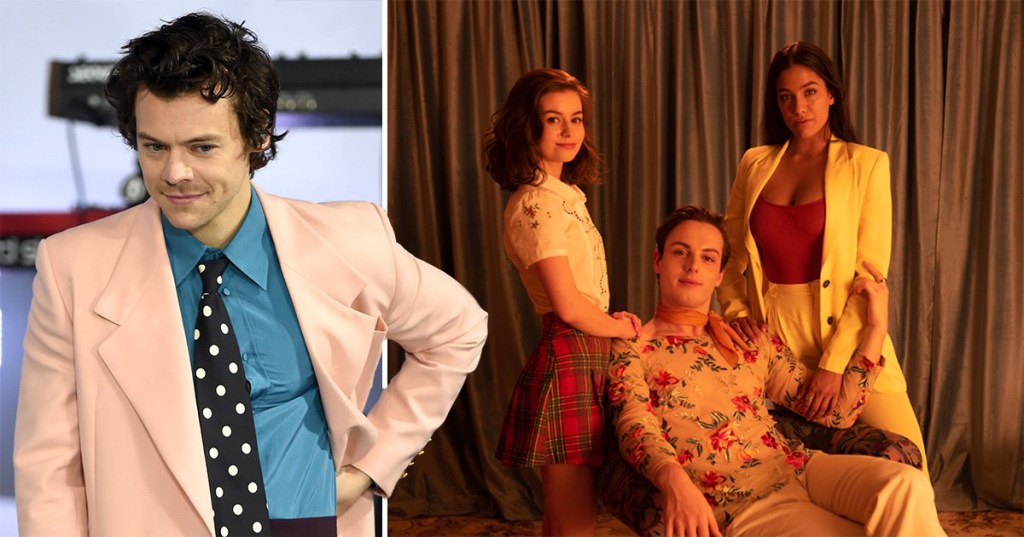 Harry Styles is being eyed up for a role in Netflix’s new Australian comedy series Why Are You Like This.

The Watermelon Sugar singer is currently shooting Amazon’s upcoming romantic drama My Policeman, however, he might soon have more acting work on the horizon.

Six-part show Why Are You Like This first aired on ABC in 2018 but has now finally made its way onto Netflix and the cast has big plans for a season two.

Naomi Higgins, who is one of the show’s co-creators and stars as Penny, hopes the former One Directioner will sign up.

‘Any celebrity who wants to come on the show message me on Instagram and I’ll write a character for you,’ she told Metro.co.uk.

‘I know Liv [co-star Olivia Junkeer] is really into Harry Styles, so if Harry Styles wants to reach out we will write you a character.’

Pitching a role for Harry to play, Naomi added: ‘He’s a guy who comes to town and finds himself in a love triangle with Austin (Wil King) and Mia (Olivia Junkeer).

‘Then let’s just see where it goes.’

‘That would be the best,’ Olivia enthused.

Why Are You Like This follows friends Mia, Penny and Austin through the divisive socio-political hellscape of 2021, leaving a path of destruction in their wake.

The team behind the show is currently awaiting confirmation of a second season.

‘We’d love to do a season two,’ Naomi told us. ‘We’ve been thinking about new ways to put these characters through hell, it’s just so easy because they’re just so headstrong you just think of ways to punish them.’