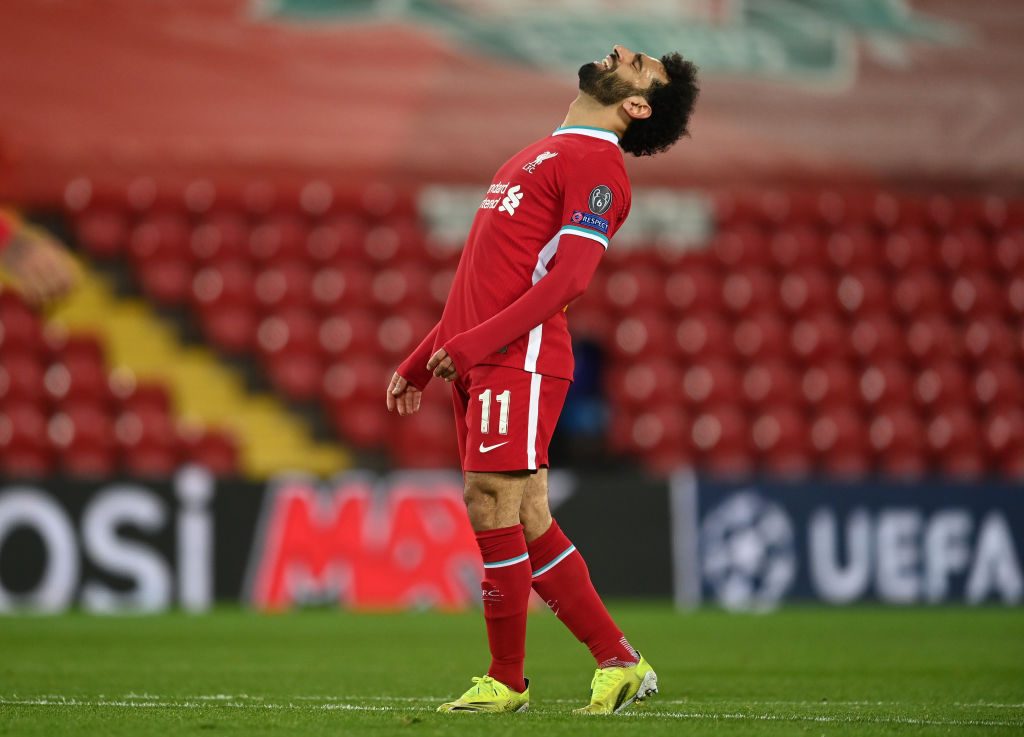 Michael Owen has accused Mohamed Salah of missing an easy chance to score against Real Madrid on the night Liverpool were dumped out of the Champions League.

After losing 3-1 in the Spanish capital last week, Liverpool needed a big result at Anfield to keep their silverware hopes alive this season.

The hosts started brightly and created a number of good opportunities in the first-half – their first arguably the best of the game which was spurned by Salah.

Sadio Mane found himself in space having ran in behind Real defender Eder Militao, squaring inside to the Egyptian.

Salah however struck too close to goalkeeper Thibaut Courtois who made the save with his leg.

Owen was unimpressed with the effort.

‘There are so many good chances in the first-half but I can’t help but think that the first one of them from Mo Salah, the difficulty level of that is not high at all,’ Owen told BT Sport, analysing Liverpool’s efforts on goal in the first-half.

The former Liverpool striker also believed Salah was guilty of taking too many touches inside the Real box in the second period, costing him the chance to potentially pull a goal back for his side.

‘Mo Salah has taken three or four touches to get the ball out of his feet,’ Owen continued.

‘Don’t get me wrong, he played well today, I thought he looked sharp, Liverpool looked sharp all the way but those tiny little differences in the 18-yard box made all the difference.’