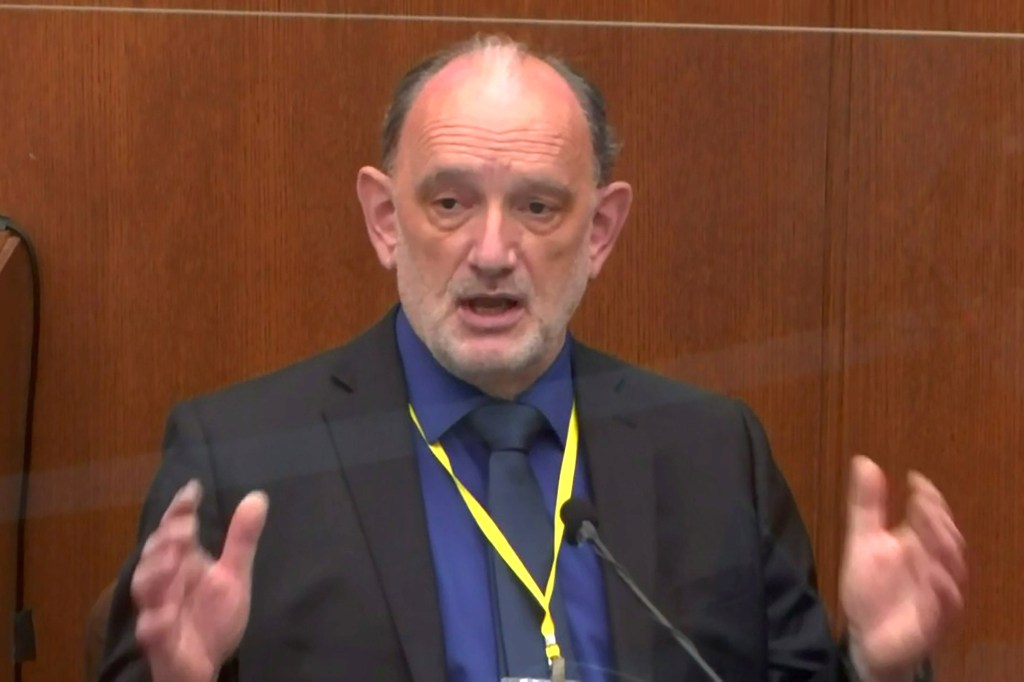 A former chief medical examiner said the cause of George Floyd’s death was ‘undetermined’ rather than a homicide.

Fowler raised Floyd’s pre-existing heart issues, drug use and his exposure to vehicle exhaust, as reasons that his heart may have stopped. There were ‘so many conflicting different potential mechanisms of death’, Fowler said on Wednesday.

‘You put all of those together, it’s very difficult to say which of those is the most accurate’, he said.

Fowler previously served as chief medical examiner of Maryland and has testified in various high-profile cases involving police officer use-of-force. He is a retired forensic pathologist.

During cross-examination, prosecutor Jerry Blackwell played video footage from inside Cup Foods which showed Floyd chewing what looked like a white object. Fowler agreed that he could not say for certain that the white substance was a pill. Asked if Floyd should have been given life-saving measures, Fowler replied, ‘As a physician, I would agree’.

Fowler opined that Floyd should have received ‘immediate emergency attention’ in order to reverse the cardiac arrest he suffered while being detained.

Blackwell repeatedly said he did not want Fowler’s testimony to confuse the jury, and reiterated his opening statement to jurors: ‘Believe your eyes’.

Chauvin is charged with second-degree murder, third-degree murder and second-degree manslaughter. Wednesday marked the thirteenth day of his trial. It is unclear whether Chauvin will testify, but if he decides to do so, he will likely take the stand on Thursday.