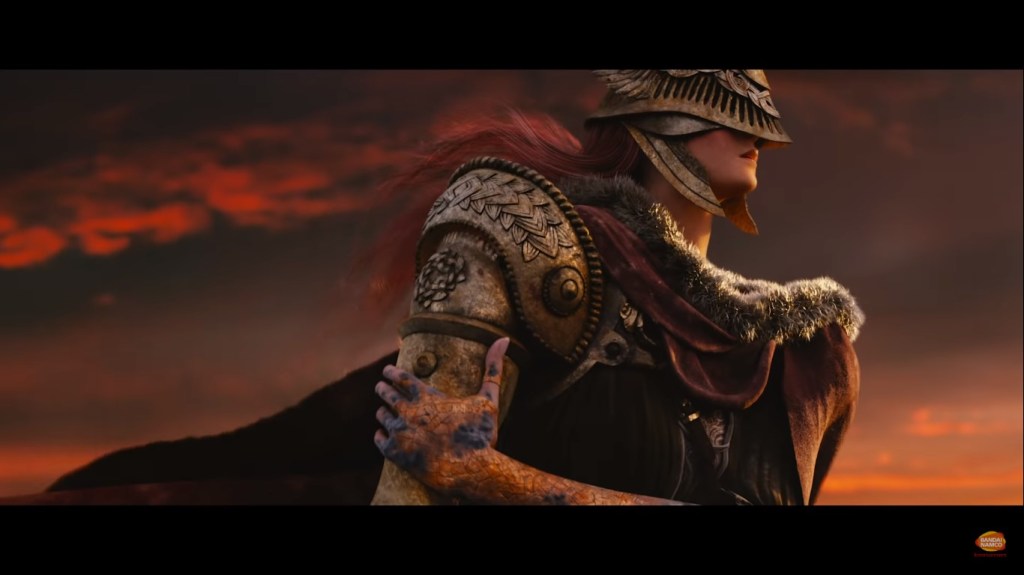 The Thursday Inbox thinks Microsoft and Sony are both as bad as each other, as one reader recommends Bloodborne Kart.

Best of the best
With so few games coming out at the moment I started thinking about what all the big names might be working on at the moment, given we either don’t know at all (like Naughty Dog) or we’ve seen nothing about what they’ve announced (like FromSoftware). Which makes it very difficult to answer this question: who is the best game developer at the moment?

I’ve made a little short list of my own, which includes FromSoftware, PlatinumSoftware, Capcom, Naughty Dog and to be honest most of Sony’s first party studios and most of Nintendo’s. As has been said, the release schedules may have been empty than usual the last year or so, but the quality has been impressively high, and that doesn’t even include indie developers, the names of which I never remember.

Personally, I’m tempted to say FromSoftware, just because everything they’ve done for almost a decade has been either a stone cold classic or at least very good. But they haven’t had anything out for a while, so that seems a bit like cheating. Or there’s Nintendo, who are having their best run since the 90s or Capcom that also seem to have found their mojo again.

There’s been a lot of bickering about next gen consoles lately but my hope is that as the pandemic starts to ease, and more games come out, we’ll go back to talking about them again.
Cubby

A plague on both their houses
I appreciate that fair points are being made on both sides but am I the only one that’s just being put off the next in general by all the back and forth about the PlayStation 5 and Xbox Series X? I’m playing my Switch mostly at the moment and am perfectly happy with that (Monster Hunter Rise is great and that was another good Indie World on Wednesday). Nothing interests me on either next gen console yet and I’m not even clear what’s coming out this year anyway.

At this point I’m feeling there are multiple reasons why I should just keep my next gen money and spend it on a Switch Pro and/or a gaming PC instead. As far as I’m concerned Microsoft and Sony are just as bad as each other. Microsoft are just a greedy corporation who think they can win buy buying their way to success and steamrollering everyone that doesn’t go along with them.

Sony, on the other hand, seem to have their collective heads stuck in the sand, with terrible communication and pig-headed refusal to react to anything Microsoft is doing, even when they’re clearly good ideas. Nintendo might have problems of their own but I know where I stand with them. While a PC doesn’t have anyone in charge, so that’s beginning to feel very tempting. Play games, not console wars.
Wordsworth

Fan database
Bit worrying to hear the news that some people have been unable to download patches and updates for certain PlayStation 3 games. I’ve still got quite a few PlayStation 3 games in my backlog that I have yet to play. I don’t actually have access to my PlayStation 3 at the moment, otherwise I could just spend a slightly boring evening making sure I’ve at least put every disk in the drive until the updates have downloaded. Seeing as I can’t do that at the moment, I’m now very worried that I’m going to be stuck with sub-par or even broken games when I eventually get around to playing them.

This is the sort of thing that the internet is usually very good at getting around, so what do you think is the likelihood of some enterprising souls setting up a patch database where updates are stored and made available for download on PC to then be transferred to the PlayStation 3?

I seem to remember that that was something you could do from the official Sony and Microsoft stores if you couldn’t connect your console to the internet, but I guess that’s going to be going the same way if everything is being shut off.
Sparky the Yak

GC: It’s likely, yes, but it goes without saying that you shouldn’t have to.

Bloodborne & From All-Stars Racing
With all the talk of Bloodborne in the Inbox I thought this video was humorous, it shows a demake of Bloodborne Kart PS1 game.
Andrew J.
PS: There are three games free on Epic Store from today at 4pm, which are Deponia: The Complete Journey, Ken Follett’s The Pillars Of The Earth, and The First Tree (I bought this one on Steam just recently).

Changing Creed
I don’t really care where the next Assassin’s Creed is set compared with hoping that they go back to the old, non-role-playing game style. I don’t know whether the success of Ghost Of Tsushima, which is basically exactly what I wanted from a modern Assassin’s Creed makes that more or less likely but I hope it’s what Ubisoft decide to use as their inspiration in the future.

I also hope they go back to parkour and stealth being a major part of the game as well. There is stealth in Valhalla but virtually no parkour and I hate that. It’d be one thing if Prince Of Persia was still around, so it could handle that side of things, but it’s not and originally the ‘climbing everything’ concept was the whole main concept behind the series.

It’d help to set it somewhere a bit more modern, with taller buildings, so maybe China with all the cool pagodas and everything? Anything to get back to what I originally liked about the games.
Ansel

Alyx alienation
Interesting news about the Oculus Quest 2 new features, together with the hand recognition that came in after launch they really have been great about keeping up support. I don’t have a gaming PC but as an owner I’m very happy with the purchase and even with the Facebook connection it makes me feel very impressed by Oculus as a company.

I’ve enjoyed VR so much I got frustrated that the one big game I couldn’t play was Half-Life: Alyx. Luckily a friend of a friend had a ninja PC and headset though and he let me play it and… I kind of didn’t like it? The graphics were amazing and the writing and immersion were great but did it really have to be so hardcore.

If you’ve got arachnophobia just forget it, you’ll have a heart attack before you get halfway through, but the whole thing is so terrifying for large sections it just ended up annoying me. Call me a wuss if you like but horror is really easy in VR, because it’s so immersive, so to me it really felt like just taking the low-hanging fruit.

It’s absolutely not the VR game to introduce your friends to and I’m surprised Valve went with something so alienating, almost like an admission that not many people would ever get to play it and so they just did whatever they want.
Gordo

Group pass
Loving Outriders… despite the problems! Every session has connection issues with one of us dropping out, but the gameplay keeps us coming back. Fab game for playing with your mates as a party. Lots of character customisation so everyone can find a play style they like.

For me it’s another prime example of how great Game Pass is – allowing all of us to download it at the same time without having to wait for someone to come up with the cash. We’ve not had an inventory wipe as yet, hopefully they’ll get it sorted before one of us does!
Bruisemonkey

Cyberpunk 2077 will not be shelved says CD Projekt as patch 1.21 goes live

Games Inbox: Who is currently the best video games developer?

Absence makes the heart grow colder
I’ve no real loyalty to any console manufacturer, but the seeming change of opinion recently regarding Sony has somewhat surprised me. I don’t remember Sony being any more or less arrogant, apathetic or complacent, at the start of the last gen, when I made the jump from the Xbox 360. Certainly, Microsoft are more competitive now (which is great!) but that doesn’t seem to be the main issue.

I wonder if stock shortages are behind the opinion shift as I’ve noted that the majority of those having a negative view, are those without a console yet.

This could be because the time spent waiting is giving consumers time to review and consider what would previously have been an automatic purchase, or when you are in a position where you can’t purchase an item for a prolonged period it can often prompt you to find reasons why you won’t be making that purchase.

There’s certainly been something of a disconnect between the recent Inbox/features and the Underbox, and I’m curious to see whether the disillusion with Sony becomes more widespread over time, or is resolved as either more stock gets released or Sony takes action.
Matt (he_who_runs_away – PSN ID)

Not gaming, but I know how some (all?) of the GC staff love Transformers and robots in general. That self-transforming Optimus Prime from Robosen is amazing, and I’m not even a big fan of the franchise. Of course, at $700, you’d expect something to completely wow you…
ttfp saylow (gamertag)
Now playing: Dragon Quest 11 and Super Mario 3D All-Stars

GC: It’s very impressive but from a toy point of view it does seem to take some of the fun out of it. We’ve been more excited by the Diaclone reboot line lately, it’s like Transformers crossed with Lego.


MORE : Games Inbox: Sony arrogance on PS5, The Last Of Us Complete Edition, and ranking the 3D Super Marios