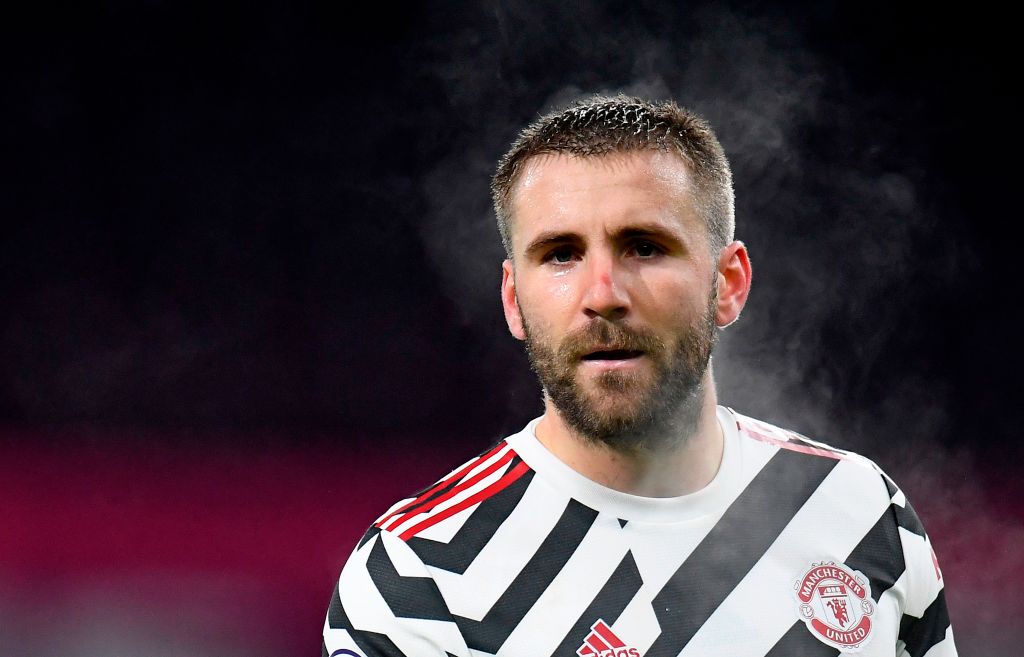 Luke Shaw claims Daniel James is the ‘fastest’ player at Manchester United, despite Dean Henderson claiming he is the speed king of Old Trafford.

Goalkeeper Henderson recently claimed he had been proven to be the quickest player at Sheffield United during his loan spell at Bramall Lane last season and that he would back himself in a race against any of his Manchester United team-mates.

But Shaw, the club’s left-back, is far from convinced – claiming Henderson wouldn’t feature in his top-10 United speedsters – and thinks James is the ‘obvious’ candidate.

‘I saw something the other day about Deano saying he’s the quickest but I wouldn’t even put Deano top-10!

‘I don’t where that’s come from! I’d have to say Daniel James, that’s quite an obvious one.’

In a wide-ranging Q&A, Shaw also reacted to being dubbed ‘Shawberto Carlos’ in a tribute to Real Madrid and Brazil legend Roberto Carlos by Manchester United fans.

‘I’ll be honest I’ve seen some things on it on social media and sometimes in my group chats my mates send me some stuff and I just laugh about it,’ smiled Shaw.

‘I can’t be compared to him, he’s unbelievable! I’m aware of it and it’s nice to be even mentioned alongside his name, but I just laugh about it!’

Restaurant hit with ‘frustrating’ no shows on first day of reopening

But while he is a big fan of the Brazilian, Roberto Carlos is not Shaw’s pick for the best left-back of all time.

‘I think looking back at when I was growing up and my sort of era and watching him a lot and basing my game a lot on him and what I wanted to be like as a player, then I would have to say Ashley Cole,’ added Shaw.

‘I’ve always been a massive fan of him and thought, when I was growing up, he was one of the best left-backs at that time.

‘For me, as an all-round full-back he was one of the best I’ve ever seen with attacking and defending, so I’d say Ashley Cole.’