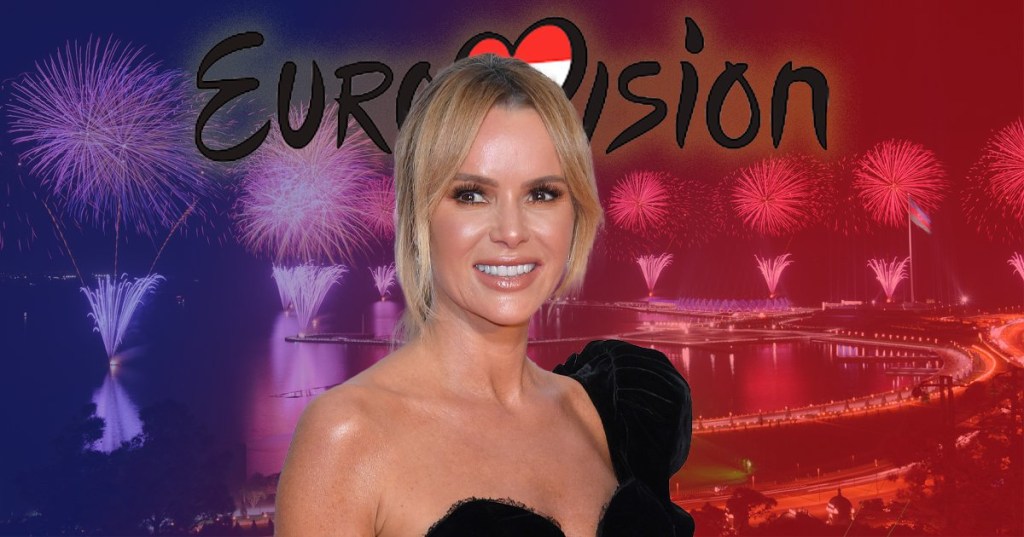 Amanda Holden has spoken of her joy at being the spokesperson for this year’s Eurovision Song Contest.

The actress, 50, will be tasked with delivering the country’s results live from London.

Graham Norton is to return as the commentator this year after last year’s contest was cancelled due to the coronavirus pandemic.

The broadcaster, 58, will host the coverage on BBC One, where he will be commentating live from Rotterdam.

It is the 12th time Graham has hosted the channel’s coverage of the competition.

He said: ‘I’m so excited for Eurovision to return, after the past year we’ve had it’s exactly the kind of joy the world needs.

‘The UK have a great entry with James Newman and Embers, it’s a banger and represents everything that Eurovision is.

‘It’s arguably the best night of the year and I can’t wait – bring it on.’

The broadcaster said: ‘Radio 2 is getting right behind Eurovision 2021 with shows galore to delight all the fans.

‘We’re all so delighted the competition is back this year.

‘On the night I’ll be presenting the live show from my hot seat at Wogan House – bringing listeners all the entries, all the drama and, of course, the ultimate winner. Will it be the UK’s year to finally win again? I can’t wait to find out.’

Eurovision allowed to have audience of 3,500 in Rotterdam, but no foreign fans

Rylan Clark-Neal, Scott Mills and Chelcee Grimes will host the semi-finals live on BBC Four on May 18 and 20 before the final on May 22.

A live audience will be present this year with a maximum of 3,500 spectators with negative Covid tests present at any time in the Ahoy Arena, which has a capacity for nearly 16,500 people.

If you’ve got a celebrity story, video or pictures get in touch with the Metro.co.uk entertainment team by emailing us at celebtips@metro.co.uk, calling 020 3615 2145 or by visiting our Submit Stuff page – we’d love to hear from you.