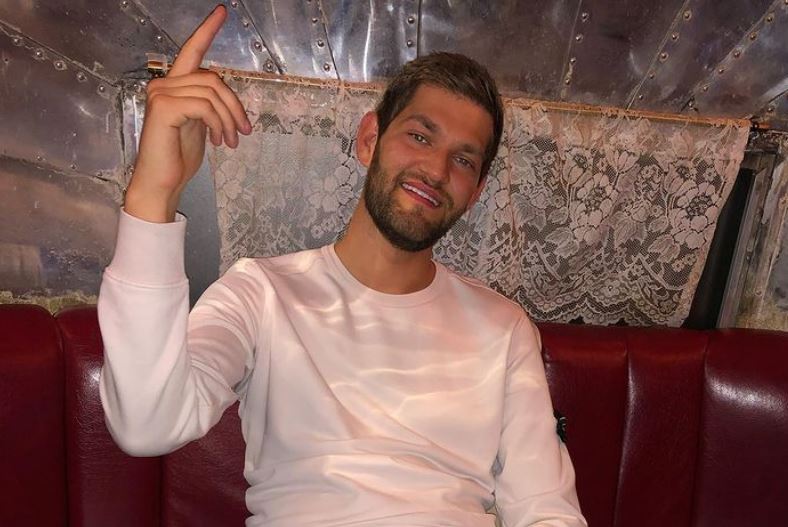 Nathan Dawe has Drake in his sights following his journey from Primark worker to Brit-nominated superstar DJ.

After working with Little Mix and KSI, his latest collab is with Anne-Marie and MoStack for Way Too Long — but it’s Nathan’s Brit nomination for best single that has started him thinking about who is next.

‘Drake. That is obviously my ambition, to get Drake,’ the DJ spilled to Guilty Pleasures. And he promises Drizzy not too much work is involved. ‘I sent the track to Anne-Marie and she recorded it the next day in her living room,’ he said.

Nathan, who is nominated for Lighter, his track with KSI, has long dreamed of going to the Brits, but looks set to miss out on the party because of the pandemic.

‘We will find a way to celebrate in our own way,’ he vowed. ‘I’m sure I will get six people in my garden at the very least. Mum and dad and my sister are very proud.’

He has come a long way from working in Primark and playing karaoke bars in his home town of Burton-On-Trent, Staffordshire.

‘I’ve been constantly knocked back,’ admitted the 26-year-old. ‘I was trying to get out of my little small town. I was desperate to DJ abroad or in cities and just couldn’t get anything. I kept getting told no.

‘For me it was overcoming rejection and not giving up. I did a stint at Primark. I remember DJing in situations with five people in a club, bored out of my head.’ But now, he says, ‘I’ve come a long way from being a karaoke DJ. I am here to stay’.

Why we’ve not heard a dickie Birdy in five years

Birdy is back after a five-year hiatus during which she was penning heartbreak tracks — which she knows she will never be able to escape from.

The former teenage music sensation, now 24, says her comeback single Young Heart contains the brutal details of the first time her heart was broken, and she will be performing it on stage for years to come.

But Birdy says her musical plan for getting over her ex was meant to be a form of therapy. ‘When I was writing about it I wasn’t sure that I wanted to,’ she told GP. But she did it anyway, adding: ‘It was definitely the most painful music I have written, but it was my favourite as well and definitely the most raw.’

The Skinny Love star maintains it was still the best way to get over her ex, saying: ‘I’ve had a lot of distance from it now which is good. A lot of the time it did feel like therapy.’

As for whether she is now over her mystery lover, the jury is still out. ‘It’s time that helps you deal with that sort of thing and I just have to wait it out,’ she added.

Meanwhile Birdy, who started her music career at 12, is thanking her lucky stars after being horrified by the Framing Britney Spears documentary. ‘My family were so fiercely protective of me,’ she explained. ‘It was awful watching that Britney documentary, seeing there wasn’t anyone to be there for her.’

Birdy plays live from Wilton’s Music Hall on Thursday and Young Heart is out on April 30.

People are always Miche-staking me for Brokeback star, says Carey

She may be nominated for an Oscar, but Carey Mulligan revealed her Hollywood career has been blighted by people confusing her with Michelle Williams.

The Promising Young Woman actress revealed the blunders as she hosted Saturday Night Live in the US. Brit Carey, 35, said: ‘People in America are always saying the nicest things to me, like, “I loved you in Brokeback Mountain” and I used to say, “Oh, sorry, that’s Michelle Williams”. But now I just say, “Thank you! I am Michelle Williams!”’

After telling the audience her husband Marcus Mumford, of Mumford & Sons, was at home, he surprised her from the crowd and joined her on stage.

It’s the best of three as Mix bounce back

Becoming a trio hasn’t dented Little Mix’s talent for being a hits machine — new tracks are on the way.

Jade Thirlwall updated fans on the next move for her, Perrie Edwards and Leigh-Anne Pinnock after Jesy Nelson quit last year.

Jade, 28, said: ‘Of course there is [new music]. It’s a new era, I feel like it was the best omen ever to start the year with a No.1 song, with Sweet Melody. That felt really good for us, to know that now we’re three and we can still do it and still do it well.’

She spilled on Apple Music’s Proud Radio with MNEK: ‘And we’ve got quite a few things happening this year that are really exciting, like new music.’

Max opens up on depression struggle

Strictly star Max George has praised his girlfriend Stacey Giggs for her support through his ongoing battle with mental health.

Max’s depression first struck in 2010, during his days with The Wanted. Two years ago the 32-year-old fell for Stacey — ex-wife of footballer Ryan Giggs — and she has been understanding throughout.

‘I remember I’d just had a really bad day, and she said, “What is wrong with you? What do I need to do?”’ Max told Hello! ‘And I said, “Just try to be normal around me. There is nothing you can do, unless I’m curled up in a ball on the floor and need you to pick me up”.’

Age of social media? I have been so lucky

Kylie Minogue thanks her lucky, lucky, lucky stars that she didn’t find fame in the age of social media.

The pocket-sized pop star recently became the first woman to top the UK album charts over five consecutive decades. ‘To be the first solo female to achieve this is something I’m really proud of,’ said the 52-year-old who, having branched out into winemaking, sold her millionth bottle this month.

Asked if she was relieved that her fame predates the rise of social media, Kylie said: ‘I think the answer is yes.

‘I have tried to put my teenage self into the modern frame and to be honest, I can’t imagine how I would, or wouldn’t, have handled it.

‘It can be such a wonderful source of connect but, as we all know now, it isn’t always easy.’

MORE : Carrie-Anne Moss was offered grandmother role the day after her 40th birthday