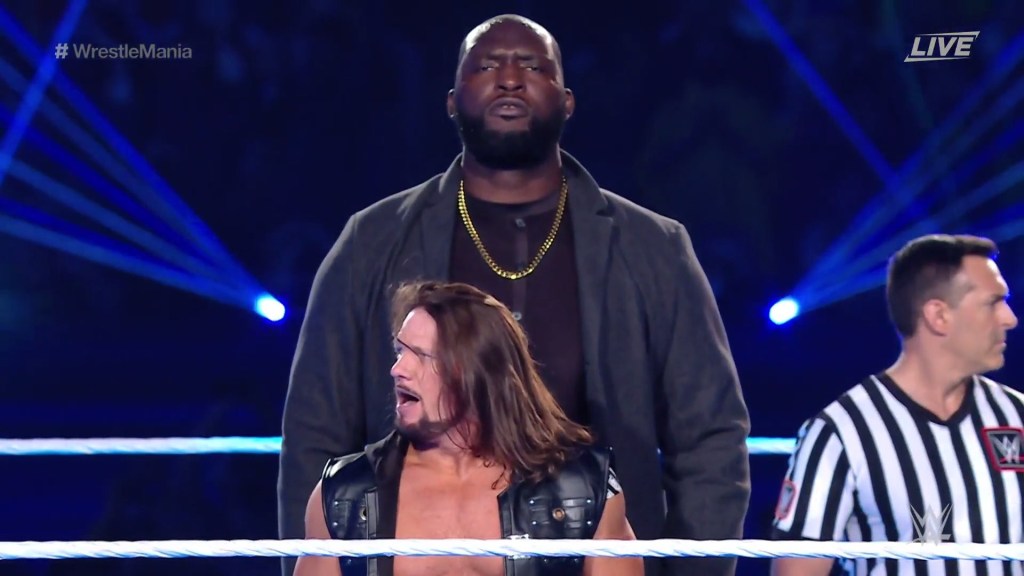 AJ Styles and his hulking partner defeated The New Day – one of the all time great tag teams – in a very entertaining match which was built around showcasing the newcomer, and it was done to perfection.

Omos looked like an absolute beast as Xavier Woods and Kofi Kingston’s attacks just bounced off him before he went on the offence and won the gold for himself at the Phenomenal One.

At the moment, WWE is making all the right moves and he looks on track to be a real force on WWE television in 2021 and beyond.

The towering man first appeared last summer behind a mask as Akira Tozawa’s Giant Ninja, before being seen alongside Shane McMahon as the Raw Underground bouncer, and most recently as AJ Styles’ Associate.