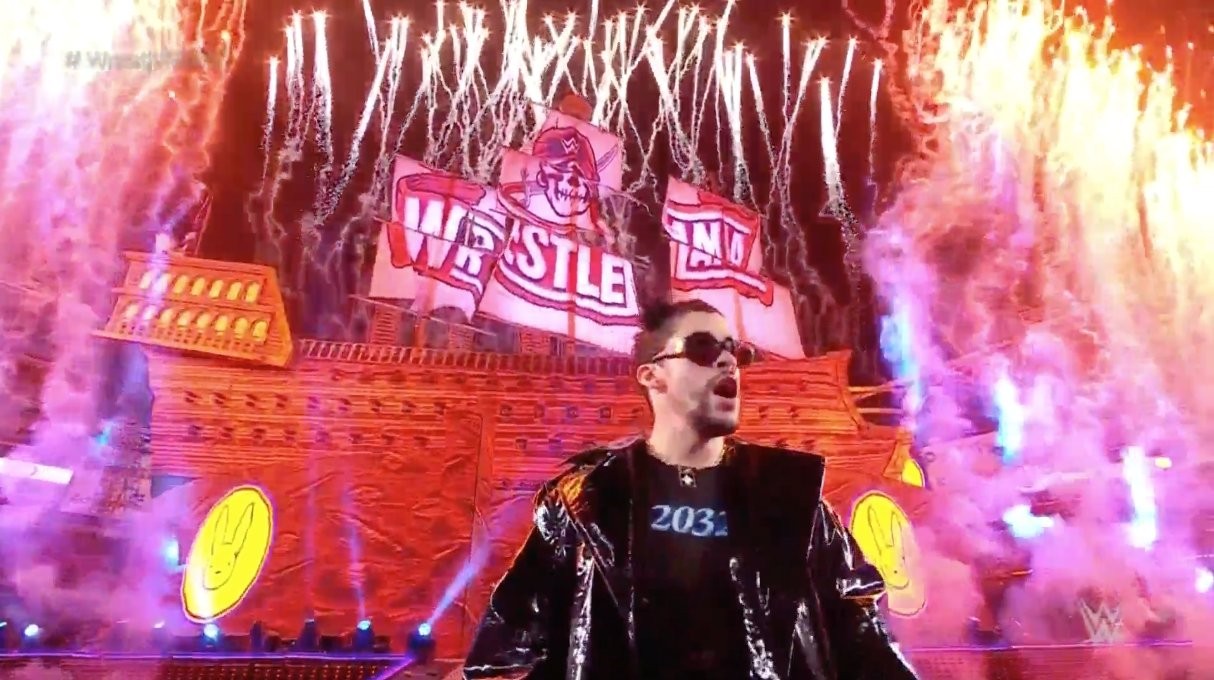 Bad Bunny stepped into a WWE ring for his first ever match at WrestleMania 37 and fans were blown away.

The Grammy Award-winning artist is a huge fan of the business and reports suggested he’d been training hard at the Performance Center since January, but he went above and beyond with an all-time great performance.

Teaming up with former NXT North American Champion Damian Priest, many watching were expected the full-time wrestler to go the leg work with Bunny coming in for the headlines at the end, but that couldn’t have been further from the truth.

The musician looked like an absolute natural, delivering in every aspect of his performance as he even hit a so-called Bunny Destroyer on the outside.

He excelled in the ring, and earned the win for his team with a crossbody to knock off veterans The Miz and John Morrison.

One fan wrote: ‘If Bad Bunny ever decided to become a full time wrestler, dude would kill it. Man’s just wrestled his first match and already has had one of the best performances of the year. Legend.’

Another added: ‘Bad Bunny might be my new favourite wrestler’.

After such an amazing reaction from both the live crowd in Raymond James Stadium and those watching from home, you have to expect both sides will be doing all they can to recreate the magic in the future.

Bunny’s moment of glory came in the penultimate match after WrestleMania 37 was delayed at the beginning due to bad weather and storms.

However, once the action finally got underway it was non-stop, with WWE Champion Bobby Lashley defending the gold against Drew McIntyre in a fantastic, hard hitting match.

Cesaro and Seth Rollins also delivered despite huge expectations, with the former finally having his star-making moment on the grandest stage.

Similarly, Omos arrived in a big way – no pun intended – as he and AJ Styles defeated The New Day’s Kofi Kingston and Xavier Woods for the Raw Tag Team Titles.