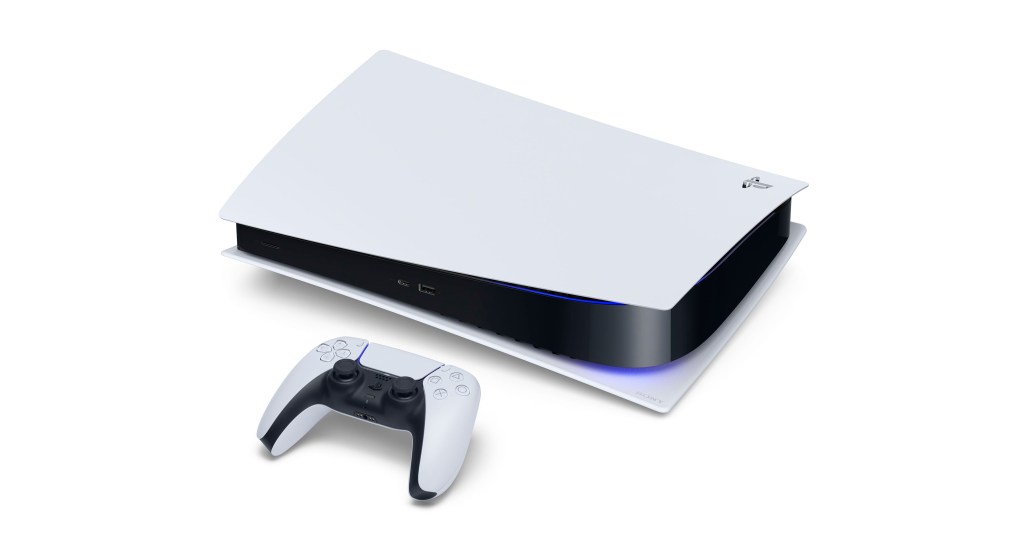 A reader offers a rebuttal to recent criticisms of Sony and the PS5 and explains why he bought the new PlayStation over an Xbox Series X.

Recently on GameCentral there seems to be a large volume of letters praising Xbox and slating PlayStation. This Reader’s Feature details my reasons for why I take the opposing view, that the PlayStation 5 is at present the superior piece of hardware, and the reasons why I chose the PlayStation 5 over the Xbox One Series X.

I acknowledge that Xbox are more consumer friendly but this is born out of necessity rather than some misguided notion that Xbox are our best buds.

I also accept that Sony have made recent missteps.

Let’s get the big one out of the way. Microsoft’s big hitter, Game Pass is consistently brought up as a reason to choose the Xbox over the PlayStation 5 and to some extent I can see the reasoning behind this, but on the other hand I do feel that Game Pass is over hyped. A tenner a month for access to hundreds of games and day one access to first party exclusives is great value for money… except as far as I am aware the last AAA big budget Xbox exclusive was Gears 5 and that wasn’t particularly well received.

Frankly, I think PS Plus has proved better value for money since the PlayStation 5 was released. I subscribed for a year in November and in that time myself and other users have been able to download and play massive games such as Final Fantasy 7 Remake, Shadow Of The Tomb Raider, and the upgraded PS5 Ultimate Edition of Control on the day of release, as well as smaller PlayStation 5 exclusives such as Bugsnax and Destruction AllStars.

Game Pass may have the bigger selection of games, but I believe the games offered through PS Plus over the past few months, as well as the PS Plus Collection, means PlayStation 5 owners have access to better games. Not to mention some of the great titles such as Horizon Zero Dawn and Astro Bot that are being made available to all PlayStation players regardless of whether they subscribe to PS Plus or not, as part of the Play at Home initiative.

All Xbox titles from the original Xbox work on the Xbox Series X, is what I understand. It’s an interesting premise and is great for those who want to catch up on games they may have missed out on. The PlayStation 5 on the other hand only plays PlayStation 4 and 5 games. Add to that, the fact that Sony have decided to discontinue PlayStation 3 and PS Vita titles from online stones in the coming months.

It’s disappointing sure but, honestly, I don’t know if I’d play a PlayStation 3 or earlier game. Most of the better PlayStation 3 titles have either been remastered for PlayStation 4 or are available via PS Now, should the feeling take me. And if I cared that much, I could bring my PlayStation 3 downstairs but it is used exclusively now as a media player so the kids can watch DVDs or Netflix in me and my wife’s bedroom before they go to bed.

Backwards compatibility is great, sure, but honesty I just don’t see myself taking advantage of it. I’m not sure, either, how well some of the older games would stack up these days. I played GoldenEye 007 a while back in an arcade club and honestly it was dreadful. Practically unplayable and I used to love the game.

I also don’t understand the obsession with 60fps. I’ve played both Control and Spider-Man: Miles Morales with the 60fps option turned on and quickly changed back to resolution mode to enjoy ray-tracing. Honestly, I can’t tell any difference between 30 fps and 60fps but I can see huge differences when I have ray-tracing turned on to when it isn’t.

Enhancing old games is all well and good but if a game is bad it’s bad and if it’s good it’s good, 4K or 60fps isn’t going to change that fact.

The one thing I like about my PlayStation 5 is that it feels different straight away. It’s a new interface and the hint cards are great if you get stuck or want to know how long a mission/objective is likely to take. The new controller is also really good and a definite improvement over previous designs.

The Xbox Series X on the other hand has the same interface as the other consoles and has an almost identical controller to the previous generation. Granted the controller didn’t need much tweaking, as it was near on perfect already, but still, it’s nice to have a new experience.

VR games have been, in my opinion, a mixed bag and sometimes hampered by the technology, but I am genuinely excited about the possibility of the next PlayStation VR generation. I’ve wanted to try games such as Star Wars: Vader Immortal and Walking Dead: Saints & Sinners but the current Move controllers put me off.

I tried Iron Man VR but it wasn’t a great experience. I feel updated controllers could really make these games worthwhile. I really hope that there is also another Astro Bot game. For me Astro Bot: Robot Rescue is by far been the best PlayStation VR game by some distance.

This is for me the main reason I chose PlayStation 5 over the Xbox. Last generation I was lucky enough to own both consoles at various points. For the Xbox I really enjoyed Forza Horizon and literally that was it. Gears Of War was fine but can’t say I cared that much and I know I’m in the minority but I didn’t care for Ori And The Blind Forest. I’m struggling to think of any other exclusives.

However, some of my favourite games of the last generation were PlayStation 4 exclusives. The Last Of Us Part 2, God Of War, Spider-Man, Uncharted 4, and The Last Guardian would all be in and around my top 20 games of the generation. Not to mention PlayStation VR games such as Astro Bot.

Backwards compatibility and Game Pass is great but to me there’s not much point if you don’t have the games to go with it. Not one new game was released alongside the Xbox. The PlayStation 5 had Astro Bot, Spider-Man: Miles Morales, Demon’s Souls, Godfall, Bugsnax, and Sackboy. Granted these games are of varying quality, and most were also PlayStation 4 titles but even so, at least PlayStation 5 users such as myself could experience the best version of the game.

Spider-Man, for example, looks amazing with ray-tracing turned on. Don’t get me wrong, I think Sony have made an error in charging £70 for first party exclusives. At that price I’m definitely going to have to be very selective over which games I play. However, buying second-hand can be a way to save cash. For instance, Demon’s Souls seems to going for around £30-£35 on Facebook Marketplace. So a saving of around 50% after a few months isn’t bad.

Sony titles often show up in certain promotions, such as Days of Play. If I recall, I got God Of War for £20 during this particular promotion just a few months after its release.

Ultimately, exclusive games for me are the main reason to buy a console. I’m not envious because Xbox users can experience old games with extra resolution or a boost in frames per second. However, I know if I chose Xbox over PlayStation 5 I would be envious of games like Spider-Man and Astro Bot. I’d also be gutted to miss out on the upcoming God Of War sequel. Game Pass might be cheap but not when you factor in paying £450 for a new console with no new games.

I’m not writing Xbox off at this point. I honestly hope they can bring some great exclusives out soon. Having Sony and Microsoft at the top of their game is best for everyone. I’m not some Sony fanboy. The PlayStation 4 was great and so far I’m pleased with my PlayStation 5 but I would love to get the Xbox One Series X at some point. But there needs to be the games to justify that purchase and at the moment there just aren’t any.


MORE : The Last Of Us PS5 remake in development as developers complain of Sony ‘obsession’ with blockbusters