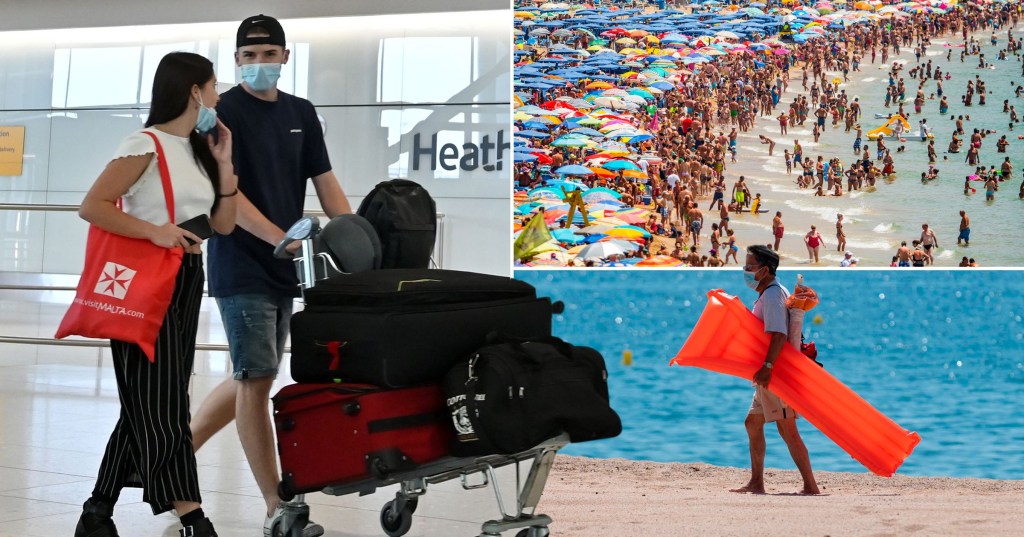 The government has refused to give an answer about whether foreign holidays will be able to go ahead from next month.

Any trips abroad you may have planned are going to have to be last minute breaks, as leaving the country for a trip may still be banned.

Announcing the findings of the Global Travel Taskforce, Transport Secretary Grant Shapps did confirm that a traffic light system will be used to categorise countries based on risk.

Countries on the ‘green list’ can be visited without having to quarantine on return, however ‘red list’ countries will require people to stay in a hotel to isolate when they come back.

We don’t yet know which countries will be categorised into which category.

The Department for Transport said in a statement: ‘It is too early to predict which countries will be on which list over the summer, and the Government continues to consider a range of factors to inform the restrictions placed on them.

‘We will set out by early May which countries will fall into which category, as well as confirming whether international travel can resume from 17 May.’

Mr Shapps also said the Government will work with the travel industry and private testing providers to reduce the cost of foreign trips.

This could lead to free pre-departure tests and cheaper tests when holidaymakers return.

The traffic light system will assess countries based on a range of factors, including the proportion of a country’s population which has been vaccinated, rates of infection, emerging new variants and the country’s access to reliable scientific data and genomic sequencing.

These are the rules for each category:

The categorisation of countries will be ‘kept under review’ with a ‘particular focus on variants of concern’, the Department for Transport said.

Restrictions will be ‘formally reviewed’ on June 28 to take account of ‘the domestic and international health picture and to see whether current measures could be rolled back’, the department added.

Further reviews will take place no later than July 31 and October 1.

A ‘Green Watchlist’ will be introduced to identify countries most at risk of moving from ‘green’ to ‘amber’.

At the moment, there are 39 countries on the ‘red list’ which means people whjo have been in or through them in the previous 10 days will be refused entry to the UK.

British or Irish Nationals, or people with residence rights in the UK, will be able to enter but must quarantine in a government approved hotel for 10 days.