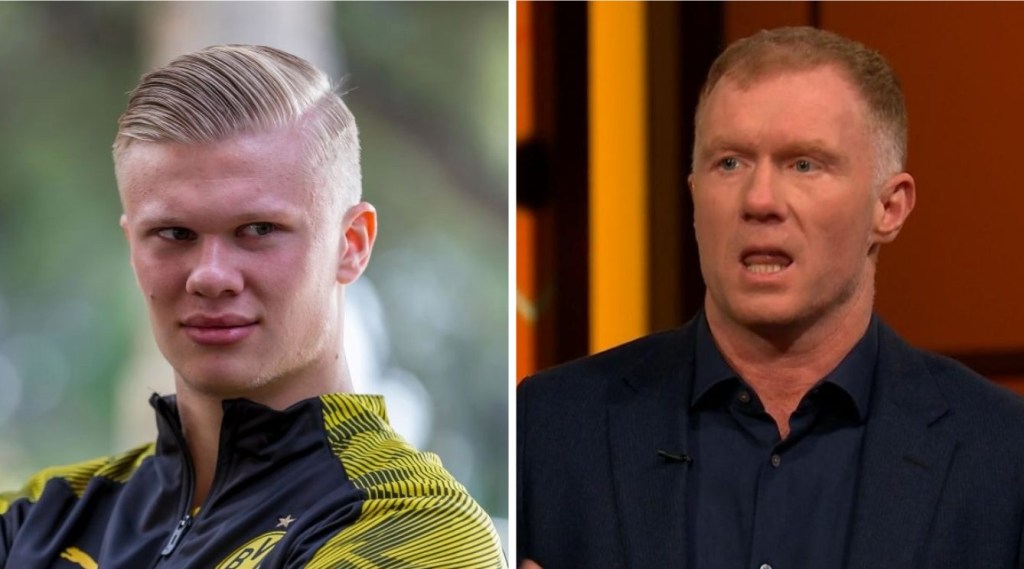 Paul Scholes has talked up Manchester United and Chelsea’s chances of signing Erling Haaland by claiming they are the only clubs who could afford the Borussia Dortmund striker this summer.

Haaland is already considered one of the best players in world football and is being linked with many of Europe’s top clubs ahead of this summer’s transfer window.

The Norway international has scored a staggering 49 goals in 51 appearances for Dortmund, helping the Bundesliga club reach this season’s Champions League quarter-finals.

Real Madrid, Barcelona and Manchester City have all been heavily linked with moves for Haaland but Scholes believes Man United and Chelsea are better placed to sign the 20-year-old.

‘I think it’s about which club can [afford to] pay for him now. I don’t think there’s too many out there that can,’ Scholes told BT Sport.

‘You think of Real Madrid and Barcelona, and all those noises that you hear, but they probably couldn’t pay that money.

‘Man City don’t look like they want to pay that money. And Pep Guardiola hardly ever plays a number nine, anyway.

‘Even when he had Aguero and Jesus fit, he’s hardly played them, so is that the type of player Guardiola wants? I’m not sure it is.

‘Look, it’s a player Man United and Chelsea would be desperate for and they’re probably the two clubs who I think could afford to pay that this summer.’

Scholes added: ‘I do think they [Manchester United] aree desperate for that number nine. Haaland is the obvious one, or Harry Kane, these types of players.

Asked whether he can see Manchester United spending £150m on a new striker this summer, Scholes responded: ‘I think they probably would, yeah. Look, it’s a player United are desperate for.’

Owen Hargreaves, meanwhile, does not believe Haaland will base his next move on money and will instead look at which club is the ‘best fit’ for him.

‘He’s taken real considered steps throughout his career. I don’t think it’s going to be about money for Haaland,’ the former England midfielder said.

‘It’s going to be about finding the right fit. Is that Manchester City? Or Manchester United? Or Barcelona? I can’t think of a player this young who is coveted by everyone.’

Scholes and Hargreaves were speaking after Manchester United beat Granada 2-0 in the first leg of their Europa League quarter-final tie.