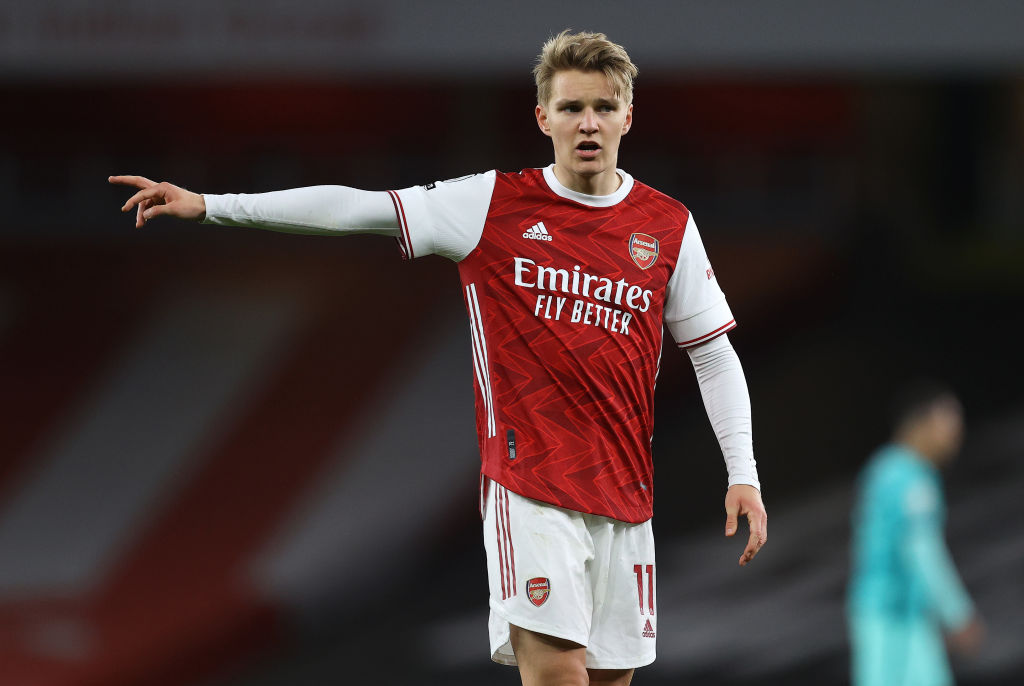 Martin Odegaard could be set to miss another two games for Arsenal due to the ankle injury that kept him out of the Europa League quarter-final first leg on Thursday night, confirmed manager Mikel Arteta.

The Norwegian was not involved as the Gunners were held to a 1-1 draw by Slavia Prague at the Emirates, leaving them in a tricky situation ahead of the away leg in Czech Republic next Thursday.

The 22-year-old was missed as Arsenal struggled to kill the game off, missing good chances, and were eventually made to pay as they conceded an injury-time equaliser.

Arteta has now confirmed that Odegaard could even miss the away leg next week, and looks very likely to be out of the Premier League clash with Sheffield United on Sunday.

‘He wasn’t able to play today and he will be out, I think, for the next game or two. But we don’t know yet.’

The on-loan Real Madrid playmaker has been impressive since arriving in the winter transfer window, fitting in nicely in north London and scoring in both the Premier League and Europa League.

He may not return until the Premier League meeting with Fulham on 18 April.

Arteta is also set to be without Kieran Tierney for at least the next month, leaving him short of options at left-back and likely to continue fielding Cedric Soares in that position.

David Luiz also sat out the first leg against Slavia Prague with a knee problem.

The manager remains confident that his side will make it into the semi-finals, though, saying: ‘I totally believe that we can go there and win the match.’