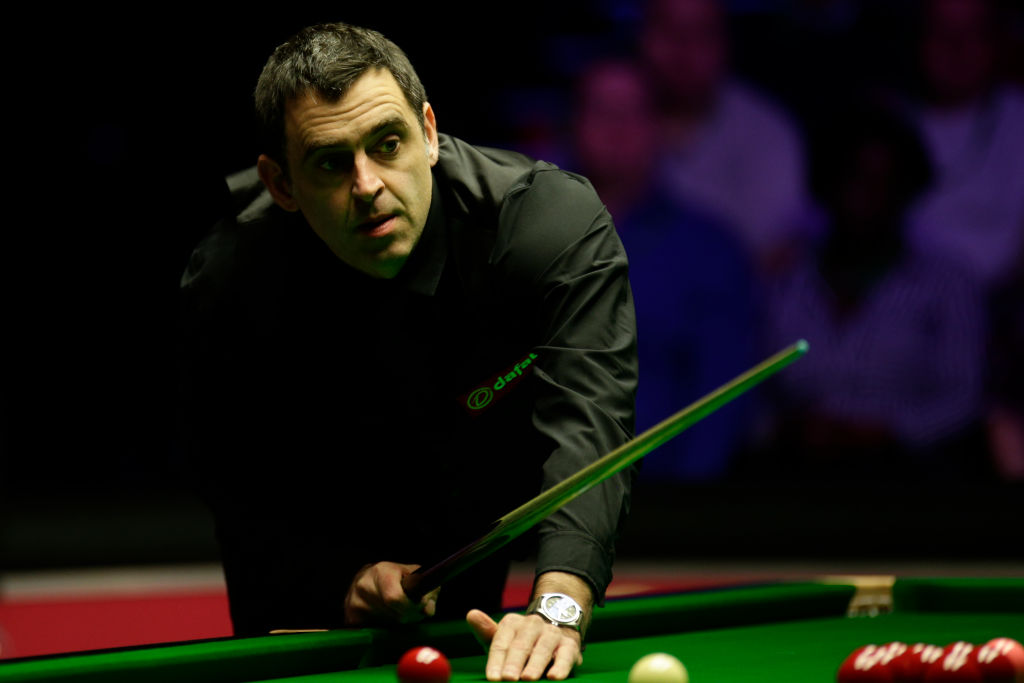 Ronnie O’Sullivan’s string of five defeats in ranking event finals has been one of the unusual quirks of an already very unusual season, but the Rocket believes there is little he could have done to change that losing run, even if he had ‘tried his nuts off’ in every match.

Since winning his sixth World Championship title in August, O’Sullivan has made it to five more ranking finals, but has been beaten in all of them, losing out at the Northern Ireland Open, Scottish Open, Welsh Open, Players Championship and Tour Championship.

The Rocket narrowly lost 9-8 to Jordan Brown in Wales and 9-7 to Judd Trump at the Northern Ireland Open, but was heavily beaten in the other three, thrashed by Mark Selby, John Higgins and Neil Robertson.

The 45-year-old admits that he has simply not played well enough against other men playing exceptionally well, it is as straightforward as that.

However, he does concede that in the three heavy defeats he may not have been exerting himself fully throughout, believing early on that those matches were out of his reach thanks to the deities of the baize.

‘I think two finals I played alright – the ones against Judd and against Jordan Brown – the other three I didn’t show up really,’ O’Sullivan told Metro.co.uk at the launch of his new partnership with ROKIT.

‘I just wasn’t playing well enough to beat that type of opposition who were playing very well.

‘The snooker gods sometimes already know the destiny of what’s going to happen, I’d rather just allow that to develop. If I find a bit of form, great, if I don’t then an early exit is fine. Especially when there’s another tournament in a couple of days.’

The Rocket does not feel like he was anywhere near his best throughout the Scottish Open, Players and Tour Championships, despite making it to the finals of all three, believing it has just been down to competing so regularly this season that he has been able to keep picking up results.

Five ranking finals in a season would be a phenomenal return for most players, but with 37 ranking titles to his name, does O’Sullivan regard this as a good season or not?

He says so, in fact it far exceeds the benchmark he feels he has to reach and suggests other players should meet too.

‘It’s alright,’ Ronnie said of his campaign. ‘I’ve always said, if you want to be on the main tour you’ve got to be looking at a minimum of three quarter-finals in a year.

‘If you can make three quarter-finals in a year you can justifiably say you’re a professional snooker player. If you can’t…

‘That doesn’t have to be three quarters, it could be a semi and a last 16 in there, or a final, whatever. As long as you’re averaging that sort of performance then you can justifiably say you deserve to be a professional.

‘If you’re not then you have to ask yourself what you’re doing. Are you there just because you like the lifestyle, like playing snooker, what is it?

‘For me, there’s a certain level I feel like I have to achieve to make it right with myself that I’m playing. Five finals has been great and I know that I was far from my best in the majority of them tournaments so it gives you hope that there’s still a few more titles in there at some point.’

That point could be the World Championship, where O’Sullivan will look to defend his title at the Crucible, starting on 17 April.

He knows that with no titles so far this season his form has not been good enough to win the big one again, but that does not mean the snooker gods won’t begin to smile on him again by the time he reaches South Yorkshire.

‘I’ll have to play better than I have done all season because Sheffield is a different tournament,’ he said. ‘Longer matches, often it’s not about being brilliant it’s about being steady and solid.

‘If I can find something in these next couple of weeks and carry that through to Sheffield then who knows? If I don’t then I’m not going to detract from having a good year, I’ve enjoyed it, it’s been good fun.’

The draw for the World Championship will be made on Thursday 15 April after qualifying is completed the day before.

O’Sullivan will begin his campaign at the Crucible on the opening day of the tournament, Saturday 17 April.

Ronnie O’Sullivan was speaking at the announcement of becoming a Global Brand Champion for Rokit.