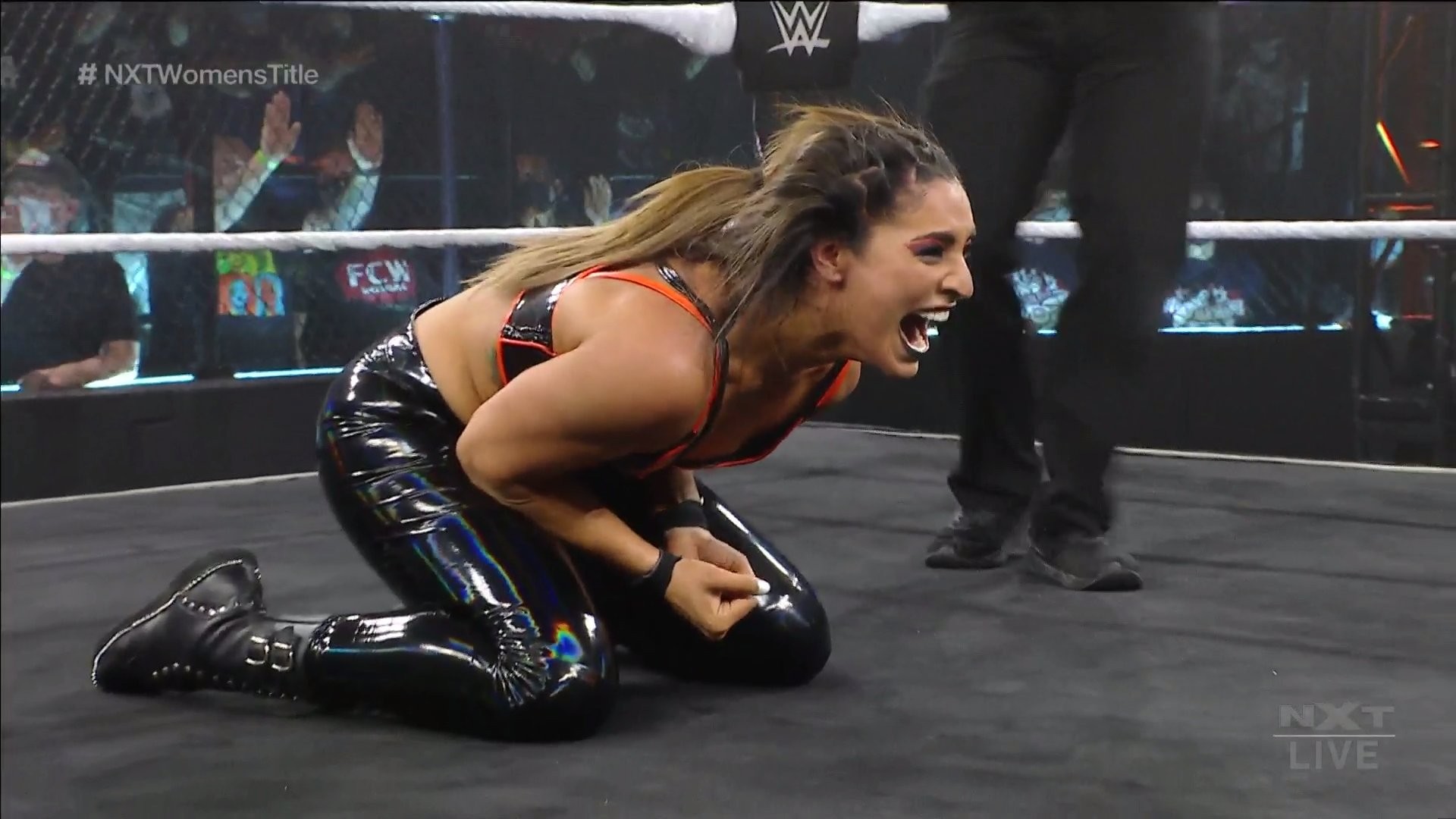 Going into the match, Shirai had held the title for over 300 days since capturing the gold in a triple threat involving Charlotte Flair and Rhea Ripley back at NXT TakeOver: In Your House in June 2020.

On Wednesday night, her reign ended at the hands of a motivated and on-form Gonzalez as both women went all-out to deliver on a huge stage with a clash that adds to the rich legacy of the championship itself.

KUSHIDA and Pete Dunne set the tone for the night with a fantastic technical wrestling masterpiece, which was exactly what fans were promised.

After a back and forth match filled with some great psychology and counters, the Bruiserweight picked up a big win.

The Gauntlet Eliminator was next, with Isaiah ‘Swerve’ Scott battering Leon Ruff down the ramp before they got the bout underway with a high-energy brawl.

Bronson Reed, Cameron Grimes and Dexter Lumis came out in turn every three minutes, with Ruff the first to be eliminated.

LA Knight cut a cracking promo on his way down to the ring but Reed put a stop to it.

Knight caused a bit of an upset taking Lumis out of the match before Reed only added to the shock as he pinned the loudmouth, who was attacked by Lumis at ringside.

After Grimes was eliminated, we got left with Scott and Reed as the latter picked up a huge win to set up a North American Championship showdown with Johnny Gargano tomorrow night.

Three matches in, we had our early contender for Match of the Night as WALTER and Tommaso Ciampa went to war over the NXT United Kingdom Championship.

After a brutal back and forth battle, the Ring General held onto his cherished title heading into tomorrow evening’s defence against Rampage Brown on NXT UK Prelude.

Up next, MSK won the vacant NXT Tag Team Championships in a thrilling and emotional triple threat match with Legado Del Fantasma and Grizzled Young Veterans.

All three teams put everything on the line and showed their worth, and one more clash with GYV would be very welcome to establish MSK’s title reign.

Elsewhere on the card, a Ladder Match between Jordan Devlin and Santos Escobar will determined the undisputed Cruiserweight Champion, Johnny Gargano’s North American Title is on the line against Bronson Reed.

Finally, NXT Women’s Tag Team Champions Shotzi Blackheart and Ember Moon will look to hold onto the gold against The Way’s Indi Hartwell and Candice LeRae.