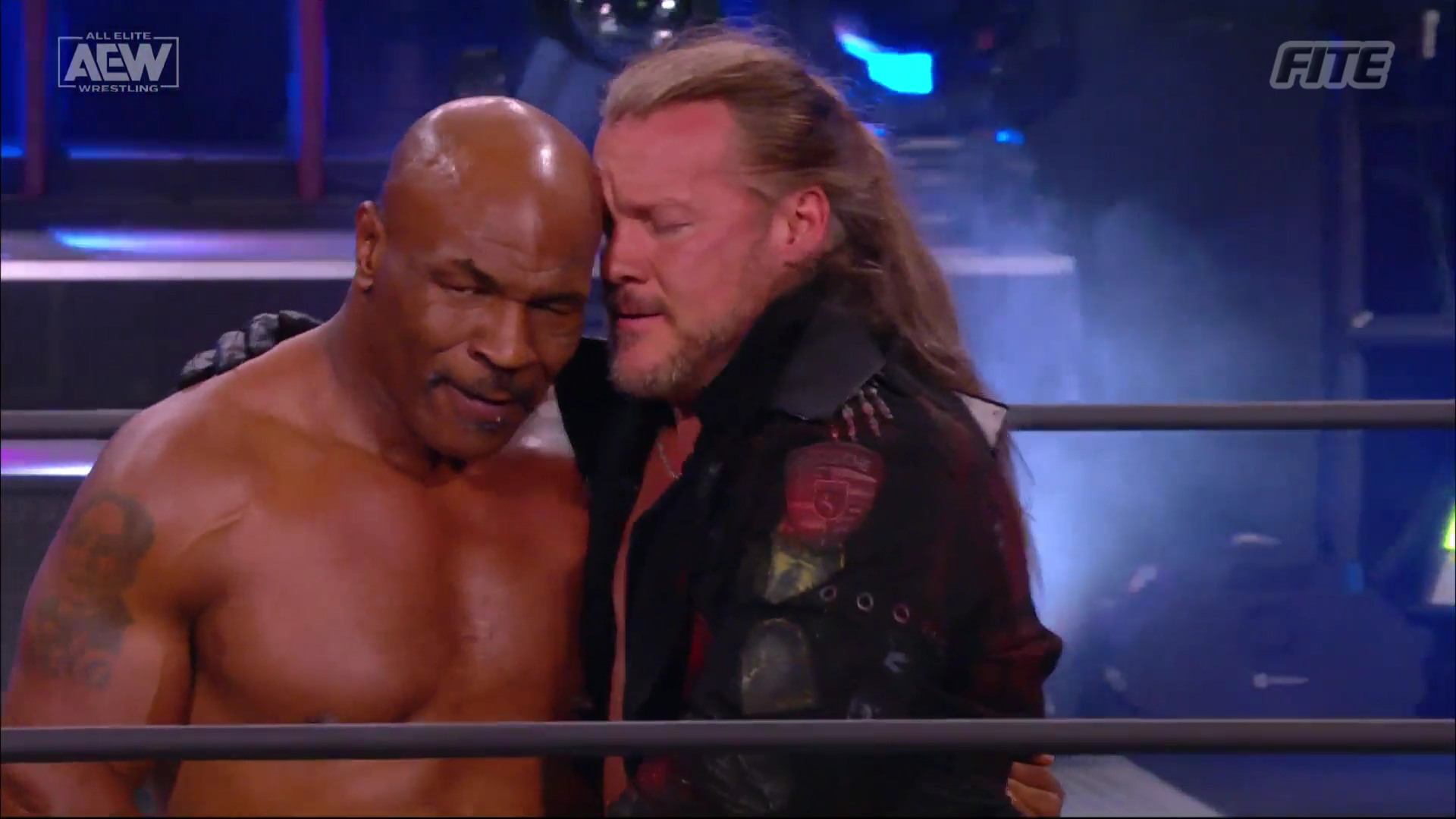 ‘Iron’ Mike Tyson looked to be in great shape as he joined the Inner Circle on AEW Dynamite.

The boxing legend had already been announced for Wednesday night’s show and he ended up aligning himself with Chris Jericho – who he had issues with during his previous All Elite Wrestling appearance – after taking out The Pinnacle.

MJF’s faction were taking it to the Inner Circle as the two groups once again came to blows, before the Baddest Man on the Planet stormed the ring, took his shirt off and battered poor Shawn Spears.

After rocking him with right and left hands, Tyson was joined by the rest of Jericho’s own band of brothers, including Sammy Guevara, Jake Hagar, Santana and Ortiz.

Jericho – who will be appearing on WWE Network series the Broken Skull Sessions this weekend to be interviewed by ‘Stone Cold’ Steve Austin – could be seen thanking ‘Iron’ Mike for his help.

It remains to be seen if Tyson will be around long term now, or even short term for more than just this appearance.

Asked about the move, CM Punk told TMZ: ‘Honestly, my major reaction and opinion on it is I think that it shows Vince McMahon isn’t afraid of AEW at all because if he was, he wouldn’t allow that to happen.’

Punk – who has his own issues with the company, despite fans clamouring for a comeback – has predicted a ‘feel-good interview’ that doesn’t ignore Jericho’s current run in AEW, but also one that won’t delve into ‘the tough questions’.

He explained: ‘It feels like it’s gonna be softball questions. I don’t know if they’re going to ask Jericho all the tough questions – and nor do I think that they possibly should…

‘It will probably just be like a feel-good interview. They’ll talk about Jericho’s past at WWE, I’m sure they’ll mention AEW but they won’t get into the hard questions that I think a lot of people would be interested in.’

Punk also noted how AEW will benefit from the interview with the company getting publicity on the WWE Network – and Peacock in the US.

He added: ‘Anytime anybody’s talking about you, it’s good. There will be people who don’t know AEW exists who will watch it and say “Oh wow cool, I didn’t know that, I just thought Jericho was retired.”

‘But, there is also something to be said about keeping your guys special and the only place you can see the superstar is on my television show.

‘It’s new age and I think both companies need all the eyeballs they can get at the moment so kudos to everybody involved.’