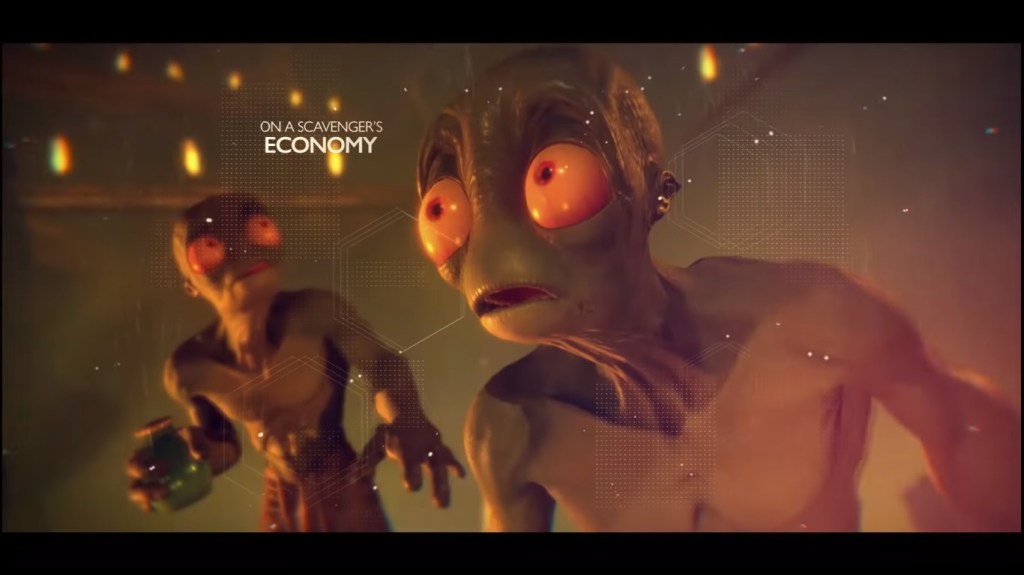 The Wednesday Inbox questions whether consoles owners are ever really loyal, as one reader celebrates a year of Ring Fit Adventure.

Tight wraps
So I’m guessing by the complete lack of reviews that Oddworld: Soulstorm wasn’t sent out early for review? Even though it’s out now. This has been happening a disturbing number of times lately, especially given how few new big releases there have been lately. Outriders was late too, even though apparently it’s primarily single-player. Balan Wonderworld was late because of a day one patch (aka it was terrible and they didn’t want reviews getting out until the last minute). Even Star Wars: Republic Commando’s embargo didn’t seem to be until after it was actually out.

If you don’t see a pattern in that I don’t know what to say. I’d like to think it’s just a coincidence that so many have been in a row but it seems like publishers are trying harder than ever to stop any negative word about their games getting out until the very last minute.

A remember one reader writing in recently, trying to imply that publishers weren’t trying to hold things back and weren’t using the excuse of no E3 to keep the wraps on tighter and for longer. I don’t know what agenda they were pushing there but it seems pretty obvious what’s happening and it’s not good. It’s also something I bet publishers will try and keep as the norm once the pandemic is over and previews can start again.
Goldie

GC: We didn’t get Oddworld until Monday and it looks like nobody else did either.

Back to normal
I’m glad to know that E3 hasn’t thrown in the towel yet but clearly it’s not going to be like the pre-pandemic days and I doubt it ever will again. Two interesting things from the announcement though, as you pointed out, is that no Bandai Namco probably means no Elden Ring and Konami being on the lost is… probably going to end up with people building themselves up for a disappointment.

That’s what E3 is for though, as far as I’m concerned, so at least we’ve got some hope for a surprise. Talking of which, I would not have expected Nintendo to be in the line-up even if the do their usual Nintendo Direct. They’re not much of a team player when it comes to hanging with other companies so I wonder if this adds more fuel to the fire of rumours of a Switch Pro? It certain doesn’t do much to dampen them anyway.

With Xbox presumably planning to unveil Halo Infinite and their Christmas games I’m hope this E3 can be some sort of return to normality in terms of game releases, or at least a step in the right direction.
Trejo

Out of time
I never played Assassin’s Creed Rogue, as it was a last gen game when I’d just got a PlayStation 4 but I have to say I like the idea of a side story that’s smaller and shorter than the regular games. If you ask me the biggest problem with Assassin’s Creed is that they’re all so massive.

I was enjoying Valhalla until I began to realise how little progress I’d really made and how much longer it was going to take to finish the game. At which point I just decided it wasn’t worth it and gave up. If it had been a shorter game, or at least one that didn’t seem so intent on wasting my time, I’m sure I would’ve happily played for a lot longer.

People were saying something similar about how Miles Morales was better than the original Spider-Man and while I haven’t played that I can believe it if it means a game with less baggage and a more focused story. I don’t even know if kids have that much spare time anymore, let alone adults, and this is during lockdown. Or maybe I’m just really bad at time management, I don’t know. All I do know is I don’t have time for Assassin’s Creed.
Cococoa

I felt so emotional at the end. Never in my wildest dreams did I think, when I bought the game in January 2020, it would become my primary form of exercise over such a long period of time. It’s kept me active. It’s kept me entertained. Some days it’s been the thing that got me out of bed and gave a sense of achievement and progression.

I don’t think we’ll ever forget the last 12 months. But whenever I think of lockdowns, I will think of Ring Fit Adventure. I mean this with all the sincerity in the world: thank you Nintendo, but I hope we don’t ever need a sequel.
Craig (SW-5396-2105-3230)

Possible purchases
Remedy has five projects development? Talk about failing upwards (in terms of sales, not quality). I’ve no idea whether the PlayStation exclusive rumour is true but it made me think of when Sony said they were going to be buying new developers in the future, like Microsoft has been. It occurred to me that they’ve never done this, except with Insomniac.

Not for a developer they’ve worked with for a long time like Housemarque or a big independent that is bound to get snapped up by someone sooner or later, and probably sooner given how Microsoft are at the moment.

Like many have said the problem is not anything specific Sony is doing but the fact that it’s very hard to understand what their game plan. If they’re just relying on releasing two or three critically acclaimed games a year I just don’t think that’s going to cut it anymore. But if it’s more than that, what else are they doing? I really couldn’t guess.
Danse

Fairweather friends
There’s been a lot of comments arguing the Sony isn’t doing enough to counter Xbox’s Game Pass. Personally, I don’t think Sony has much to worry about, as PlayStation fans are quite loyal.

Nintendo however is different, for a lot of people Nintendo is a second console to one of the others. I personally really love my Switch for the option of handheld gaming but as I browse through the store for the next game to play, I’m stuck at paying £20 to have it on Switch or download the same game from Game Pass for nothing. The answer each time becomes play it on Xbox. I’d have absolutely bought Control on Switch but it’s £35 I didn’t need to spend.

There are the Nintendo exclusives, but at £35+ the equivalent four to six months each purchase feels expensive and far more considered. Do I really want to spend £50 on Zelda, will I like it? Xbox is making it so easy to just try stuff and delete what you don’t like with no regrets it just makes Nintendo seem expensive and hard.
Tim

GC: The whole idea of console loyalty is frequently proven to be a myth, as evidenced by the PlayStation 3, Wii U, and Xbox One. Although if anyone was going to be loyal no matter what we’d imagine it would be Nintendo fans.

Do it for Shia
I have to admit to loving the PC modding community and if I were to be asked what the best mod is I would have to say it’s the Dragon’s Dogma: Dark Arisen mod that replaces the opening song with a video of Shia LaBeouf screaming encouragement at the player.
Joseph Dowland

Games Inbox: Where are the Oddworld: Soulstorm reviews?

Games with Bronze
I’ll tell you another area Sony are trumping Xbox. Their free games with PlayStation Plus have been miles better for months. Microsoft really need to rethink their offers with Games with Gold, as it’s obvious their cash is being splashed on Game Pass.

If I were a in charge I’d scrap Games with Gold and instead offer a limited access to Game Pass through Xbox Live. One game a month, 20 hours of access or something.

Their current strategy of offering dross with Gold and advertising things like Outlanders and MLB: The Show day one on Game Pass might get subscribers to switch but merging their subscriptions to offer everyone with Gold a taste would open the floodgates.
DarKerR (gamertag)
PS: It’s Xbox Network now isn’t it…? Sigh, I swear whoever they hired to do brand recognition and naming is, they need firing.

Inbox also-rans
I think Microsoft was just wasting money when they signed up Outriders as a Game Pass game but looks like they were onto something after all. Oddly that makes me trust their judgement in general a lot more than I have in a while.
Kraken

To be honest I don’t know why people ever thought Star Wars: Republic Commando was good. I remember playing it at the time and thinking it was bad, so I’d hate to think what it’s like now. Maybe people had their heads turned by that Ash music video?
Wrangler

This week’s Hot Topic
The subject for this weekend’s Inbox was suggested by reader Paulie, who asks what is your favourite first or third person shooter?

FPS games used to be the dominant genre up until recently but have begun to fall out of favour, especially with the rise of third person equivalents. Games like Call Of Duty and Battlefield are still very popular but what’s your favourite and why?

Which do you prefer out of first and third person views? And do you play the games primarily for their single-player content or their multiplayer? Which upcoming games are you most looking forward to and how do you see the future of the genre?