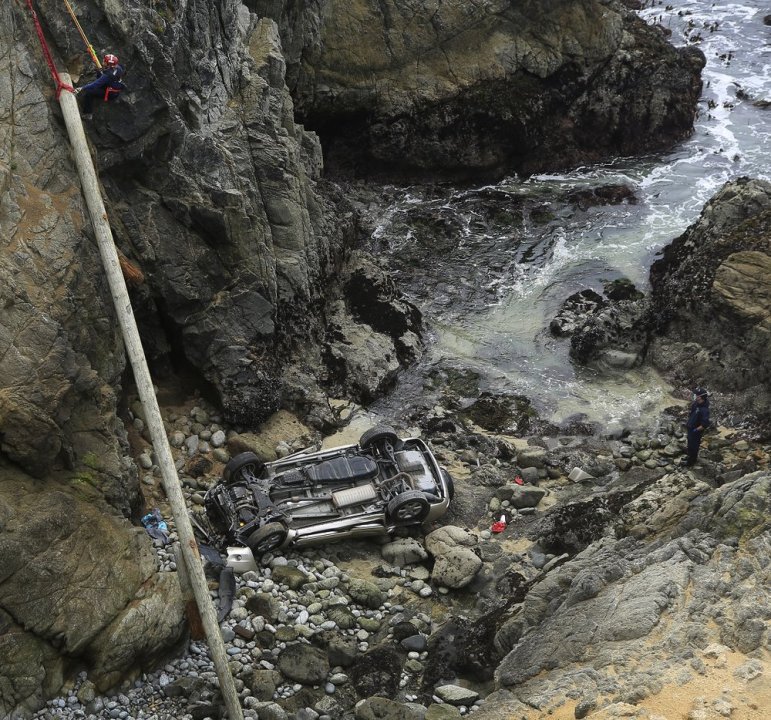 BODEGA BAY, Calif. (KRON) — A mother and daughter from Dublin have been identified as the two victims who died when their vehicle plunged some 100 feet down a cliff in Bodega Bay over the weekend.

Authorities identified the driver as Maria Teixeira, 64, and the passenger as Elizabeth Correia, 41, both of Dublin.

both worked in bay area schools.

Elizabeth Correia worked as a first grade teacher at Lydiksen Elementary School in Pleasanton, a lover of reading music movies and Disney.

Her friends and coworkers remember her as an incredible teacher.

“She touched the lives of thousands of students and families and it’s definitely heartbreaking news that we’ve lost such an amazing person and education and someone who has dedicated their lives to their students,” said Pleasanton Unified School District coordinator Patrick Gannon.

Elizabeth Correia’s mom also worked in a school she was a custodian at Montevideo Elementary in San Ramon, and she was known as Mrs. Maria.

The cause of the weekend crash was still under investigation, California Highway Patrol Officer David de Rutte said. Initial witness accounts indicated that the vehicle drove through a wooden barrier in a large parking area at the Bodega Bay’s Head Trail before it went off the cliff.

“Witnesses saw the vehicle driving through the parking lot — and it just kept driving,” de Rutte said. “It didn’t stop. There was no accelerating but also no braking.”

Both women died at the scene, according to authorities.

Correia’s biography on the school’s website said she had taught in Pleasanton, where she grew up, since 2005.

In a statement released to KRON4, principal Katie Witt, said Maria Teixeira had worked at Montevideo Elementary as a custodian for 20 years and the kids loved her smile and reassuring presence: “for years, Mrs. Maria was a fixture in our community. She could be found on our campus every day doing whatever needed to be done to serve the community. Wherever there were people, wherever there was a nativity, wherever there was someone who needed help, Mrs. Maria was there and willing to help.”

The Associated Press and Bay City News contributed to this report.