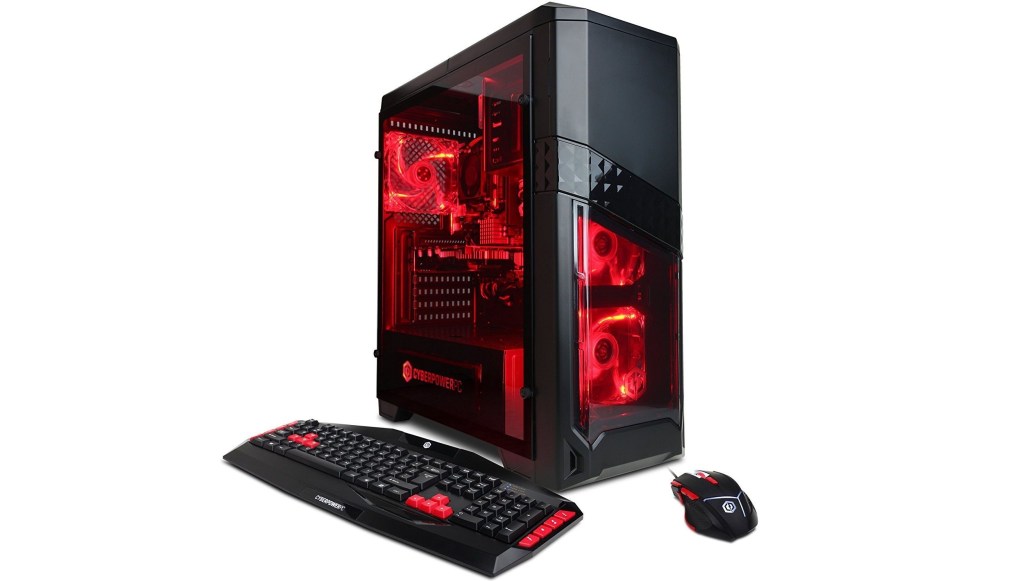 A reader explains how the failure of the Wii U led to him turning to the PC as his format of choice and why he’ll now never go back.

I was a lifelong console gamer for the most part, having played only the odd point ‘n’ click on the family PC back in the day. I started off with the Atari 2600, NES, Mega Drive, PlayStation, PlayStation 2, then lapsed for the better part of 10 years, skipping the PlayStation 3 and Xbox 360 entirely (something about the Western heavy focus of that era didn’t appeal to me), and in 2015 went back into gaming with… the Wii U.

Needless to say, the Wii U was met with an untimely death, and I was left in a dilemma as I couldn’t justify to myself the purchase of a new console so quickly.

Around the same time, I saw on these very pages that a couple of old PC games were being given away for free, and I was tempted to download Steam for the first time just to try them out. Back then, all I had was an old PC that was no gaming rig by any means (with integrated graphics chips to boot) but I thought I would have no problem running these decades old games.

As time went on, the free games kept on coming. Before I knew it, I had amassed quite a library, which now encompassed games from GOG, Origin, Uplay, and most launchers. This included games like Watch Dogs, most Assassin’s Creeds, the Batman: Arkham games, BioShock Remastered, L.A. Noire, Mass Effect 2, and Dead Space. All of which I had missed the first time round and without costing me a single penny.

To my surprise, my old no-flops PC was able to run most of these games at low to medium settings and 720p with no issues. I had expected a lot of faffing about, but I only needed workarounds to force a couple of games to run, due to incompatible DirectX versions.

It was not all free games though. With the frequent pay-what-you-want bundles and extremely tempting and unbelievably cheap sales, I continued to build my library until it was infeasible to continue with my same setup. It was also near the time when Epic Games Store started up and was giving away weekly free games. The opportunity presented itself when I came across a ready-made RTX 2080 rig heavily discounted (I didn’t have the knowhow nor the inclination to build a PC myself).

Surprisingly, having a higher-end PC was not as problem-free as I imagined. Where previously I had to contend with frame rate drops, pop-in, and blurry textures, I now have to deal with screen tearing and weird glitches like a door that wouldn’t let me through in Dead Space.

All in all though, gaming on a PC was much less of a hassle than what I was expecting. It really is not that much different than a console nowadays, with the added advantage of built-in backwards and forward compatibility, free online and cloud saves, access to more stores and subscription services, and a steady stream of free games (thank you Andrew J).

Even previously exclusive console games and genres are now appearing on PC. You can even use any console gamepad you like (I am using the Wii U Pro controller). And If you are like me and don’t mind being a few years behind, the games are extremely cheap. I have literally hundreds of games across all stores. The highest I paid for any single game was $8.75 (£6.33) for Control, only six months after release. I haven’t even tried any mods yet.

I have had my PC for almost two years now, where I didn’t have to run any game lower than 4K 60fps ultra (ray-tracing off though). I don’t expect to upgrade anything on my PC for a good while yet, as being able to run games comfortably is, to me, more important than maximising graphics and performance.

I hope I convinced you, dear reader, that PC gaming can be for you. You don’t need to be a tech genius, spend a lot of money, or have a top of the line PC to take part. Let’s leave these walled gardens behind while we embrace the openness of PC.

PS: Ray-tracing is overrated.
PPS: I still intend to get the Switch Pro at some point.


MORE : Kingdom Hearts series out on PC and already discounted