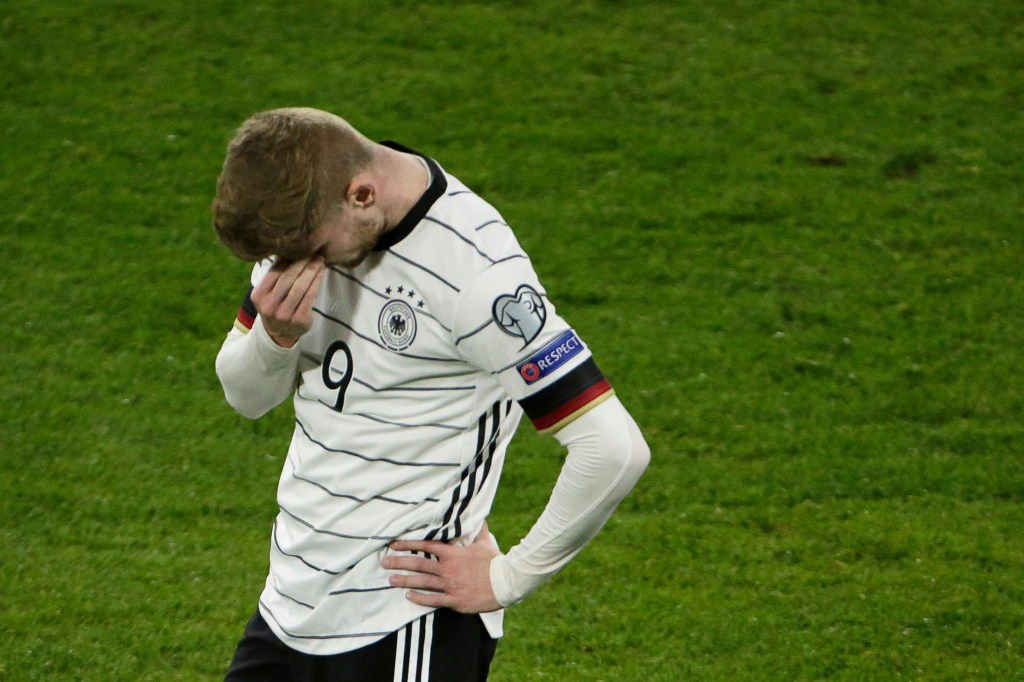 Joachim Low was unable to hide his frustration over Timo Werner’s huge miss in Germany’s shock 2-1 defeat to North Macedonia on Wednesday evening.

Goran Pandev put North Macedonia in front shortly before half time but Germany pulled level through Ilkay Gundogan’s penalty in the 63rd minute.

With 10 minutes remaining, Werner then had the chance to give Germany the lead as Gundogan raced into North Macedonia’s penalty area and squared the ball to the Chelsea striker, who was around eight yards out.

But Werner completely mistimed his effort and his scuffed shot trickled wide of the goal.

North Macedonia then scored the winner in the 85th minute to secure a 2-1 upset, and the result means that Germany’s 35-game unbeaten run in World Cup qualifying, which dates back to their 5-1 defeat to England in 2001, is now over.

When asked about Werner’s miss after his side’s defeat in Duisburg, Low told RTL: ‘He must put that ball away, no question at all.

‘He has shown here he can score goals.

‘But he doesn’t hit the ball right with his left foot, if he makes a clean contact with the ball it’s a goal.’

Gundogan, however, showed sympathy towards the Chelsea striker over his miss.

‘He’s the one who wants to score the most.

‘We have no choice but to continue. We all know that such a defeat shouldn’t happen to us.

‘That is not our right. It cannot be explained either. But that’s the way it is, we have to accept that.’