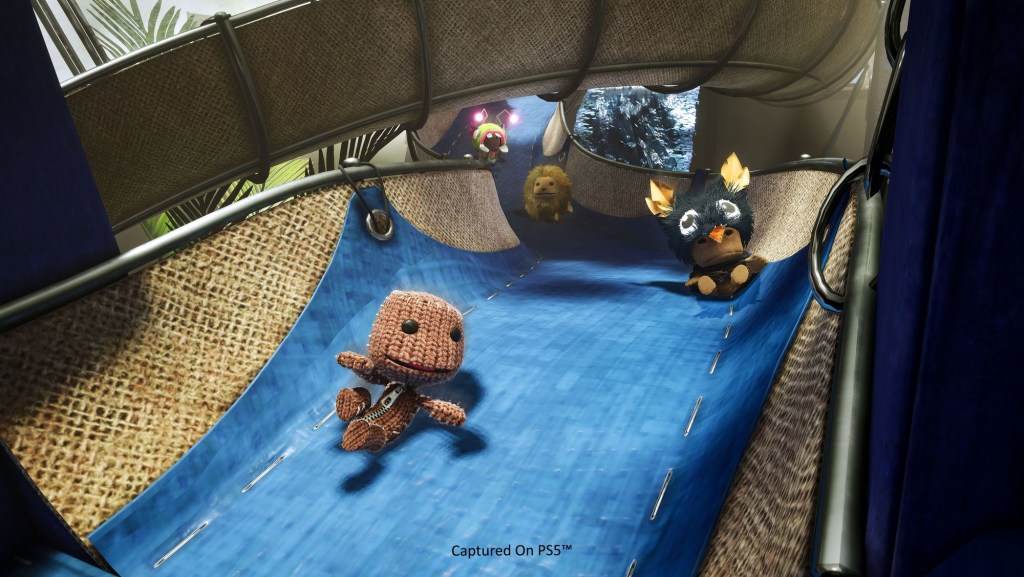 The Thursday Inbox debates the usefulness of E3 and other game shows, as one reader worries that CD Projekt are talking too much.

Next gen co-operation
As a great fan of couch co-op I bought It Takes Two without seeing any reviews and I’ve loved it. Every generation it seems like couch co-op gets less and less but we’ve actually done pretty well so far. Sackboy: A Big Adventure was a launch game and the power of the PlayStation 5 means that Fortnite and Call Of Duty: Black Ops Cold War now have split-screen co-op, which I would not have expected.

There’s also last gen ports like Overcooked! All You Can Eat and the new Stardew Valley co-op patch, plus a new Lego Star Wars game whenever they finally manage to finish it. Considering we’re only a few months into the next gen I think that’s pretty good.

I care because it’s the only way I’ve been able to get my girlfriend into games. She has no interest in playing on her own, not even Animal Crossing, but will happily play just about anything in co-op, at least for a time. Playing with someone else on the couch with you is so different from online multiplayer I hope we can finally see an increase in the option this gen. Although to be honest the price of a second controller constantly going up is one of the biggest impediments to it becoming popular again.
Metcalf

Minor issue
I have to admit that Sony are really turning me off getting a PlayStation 5 at the moment. I don’t know if they thought shutting down the PlayStation 3 and their portables was just a minor issue, that people would barely noticed, but it’s immediately got me worried about the PlayStation 5 and the future of any downloadable games I might buy on it.

Sony still hasn’t got any kind of comprehensive backwards compatibility strategy and everything they’re doing at the moment is just emphasising that the PlayStation 5 is a single console and when it’s done it’s done and you’ll have to start again with the PlayStation 6. I used to be fine with that concept but it’s a whole new world since Xbox backwards compatibility and Game Pass and I’m losing faith.

I haven’t got a PlayStation 5 yet and now I’m seriously considering whether I want one. Maybe when there’s a smaller revision but I think more likely I’ll spend the money on an Xbox Series S just to get by for now.
Bush

Marvel at the mistakes
So I write this as I watch the credits roll on the Avengers, after finishing the single-player campaign for the first time (I waited for the PlayStation 5 version) and have to say that the story campaign was actually pretty good, just a shame about literally every other aspect of the game. Clearly Crystal Dynamics were going for a Destiny type online multiplayer to sell skins and keep people playing (and paying), but I can’t help but feel that if they would have ignored that and focused on the single-player it would have been a really great game and kept people playing with episodic content.

Let’s face it though, a Marvel game should have been an absolute open goal, but with all the missteps from Crystal Dynamics they’ve managed to hit the crossbar and then both posts with the follow-up. If we get a second game I hope they focus more on the single-player experience. Oh and give us some proper Marvel villains to go up against!
Rickandrolla (PSN ID)

No show
Sunday’s Reader’s Feature cited a lack of E3 and hands-on demos as a missed opportunity to scrutinise developers and their games. It puts control in the hands of developers to feed us a false narrative about how their games are progressing. The writer cited Cyberpunk 2077 as an example.

But Cyberpunk was a E3 darling cemented with the Keanu Reeves reveal. I believe the game had a massive hands-on demo in 2018 too.

I’ve heard journos say E3 is a terrible place to scrutinise games. It’s biggest job to me seems to be an enjoyable hypefest. Being game journos I wondered what GC’s feeling’s were on its absence.
Simundo

GC: There were no hands-on demos for Cyberpunk 2077 at E3 or any other major event. E3 may not allow for lengthy hands-on previews but they’re still useful. Even more so is the chance to interview industry figures who are not often available at other times. The loss of E3 these last two years may have been unavoidable but it’s highly regrettable and absolutely allows publishers to avoid scrutiny and control their own narrative – which is why many were trying to limit their involvement even before the pandemic.

Beyond explanation
So what did happen to Super Mario Galaxy 2? I know trying to understand Nintendo only leads to madness but even if you accept that stopping selling Super Mario 3D All-Stars was some weird, completely unnecessary attempt to increase sales with artificial scarcity why wasn’t Super Mario Galaxy 2 included in the set?

Considering the lack of effort they put into the other games it can hardly have been because they didn’t have the time or that it wouldn’t be cost effective. I’ve heard some people suggest that Nintendo are suddenly going to give it away free once Super Mario 3D All-Stars but that’s a terrible idea. Imagine how upset people that didn’t buy it because Galaxy 2 wasn’t included are going to feel if that actually happens.

Also, it’s just too random for Nintendo. They always do less than you think, not more. More importantly they only do what makes money (which is not a crime, I’m not suggesting). If Super Mario Galaxy 2 does get re-released you’ll have to pay for it. But I still have no idea why it wasn’t included in the first place.
Onslaught

Show not tell
Does anyone else get the impression that CD Projekt have gone off the deep end since all the problems with Cyberpunk 2077? I watched that video about the multiplayer and it’s borderline incomprehensible and that has nothing to do with the translation. They definitely say that all their franchises in the future will have multiplayer, which logically includes The Witcher, but I can’t work out whether they meant to imply that or not – or even realised that was the logical conclusion of what they were saying.

I’m also not sure they really meant that the Cyberpunk 2077 multiplayer spin-off is cancelled or not. It’s incredibly unclear and while I think that’s what they meant I wouldn’t put any money on it.

The irony is they’re talking about getting a grip on marketing and trying to communicate better but they’re clearly terrible at the stuff. Time for them to go dark and just start making good games again, that’s the only thing that’s going to get their reputation back. The less talking the better.
Wrangler
PS: Good luck to everyone, including GC for April’s Fool Day, the least funny day of the year!

Ask me later
My suggestion for a weekend Hot Topic what’s the most anticipated video game you have ever waited for and what’s the longest time you have waited until the official release date?

Whether the game was eventually released on a 8-bit console from the past right up to the present with today’s next generation consoles.
JAH

GC: That sounds like a question better left till after the pandemic.

Games Inbox: What are the best next gen couch co-op games?

Second birthday
Ah Resident Evil! I can remember years ago reading and re-reading the same feature on the game in CVG games magazine back in 1996, I was 15-years-old. The game was to be released that spring I think, but it kept getting delayed and I kept re-reading the feature. I think I had to wait until the summer was nearly over to get my hands on it.

Reading that feature tantalised my brain with the prospect of survival horror, the idea of a game actually being scary (I’d never properly experienced that at that time) and also the idea of limited resources and ammunition, and how that would ramp up the tension.

When I finally got to play the game I think I was slightly disappointed, since I had built the game up in my mind to a ridiculous degree. Nevertheless, I WAS completely hooked by it. The uber cheese of the dialogue was not enough to alienate me, plus blowing a zombie’s head off with a shotgun was majestic!

I’ve loved the series ever since. Resi 2 was in many ways the perfect sequel, in much the same way that Jim Cameron’s Aliens is a perfect sequel to Ridley Scott’s Alien, but my favourite Resi game ever is probably Code: Veronica. The combination of the graphics on a new console (Dreamcast) and a story that seemed to ramp up again and again beyond my expectations, with many memorable encounters (Wesker’s alive!) … it just ticked all the boxes for me.

I know many people’s favourite is Resi 4, but despite the excellent gameplay mechanics the story felt drab, uninspired and at a tangent from the main lore of the series for me, which is probably why I enjoyed Resi 5 more than 4, since it tied off Wesker’s story arch. Plus, we got to see Chris punch the snot out of a massive boulder!

Despite the series hitting its nadir with Resi 6 I thoroughly enjoyed the most recent outing and am looking forward to Village. I’m happy for SOME of the cheese to leave the series but I feel that it benefits from the melodrama and cheese overall. I’d love a remake of Code: Veronica, which might be happening I think, and if so… take my money Capcom! Take my money!!
I Young

GC: Resident Evil 1 came out on August 1 in the UK.

Inbox also-rans
The term battle royale has become very well known as a genre descriptor, that its origin is almost overshadowed. I wonder how many Fortnite or Warzone players today have watched or even know about the Japanese cult classic?
Ali K

GC: The term battle royal, referring to a free-for-all where the winner is the last person standing, has been in use for centuries.

I know it’s pointless asking for an explanation of why Nintendo does things but… why have they stopped selling Super Mario 3D All-Stars? And that Fire Emblem port? I hadn’t even heard of that till now so what on earth was the point of that?
Cubby

This week’s Hot Topic
The subject for this weekend’s Inbox was inspired by reader Bacon, who asks which retro video game would you most like to see get a boost from next gen emulation?

The FPS Boost, which increases the frame rate to 60fps, has already proven popular on Xbox Series X but isn’t available for all games and there’s no direct equivalent on PlayStation 5. Other upgrades can include higher resolution and the removal of issues like screen tearing, so which older game, from the PS1 era onwards, would you most like to see get an automatic remaster?

How important do you feel this sort of enhanced backwards compatibility is and how much of an advantage do you feel it gives Microsoft over Sony?