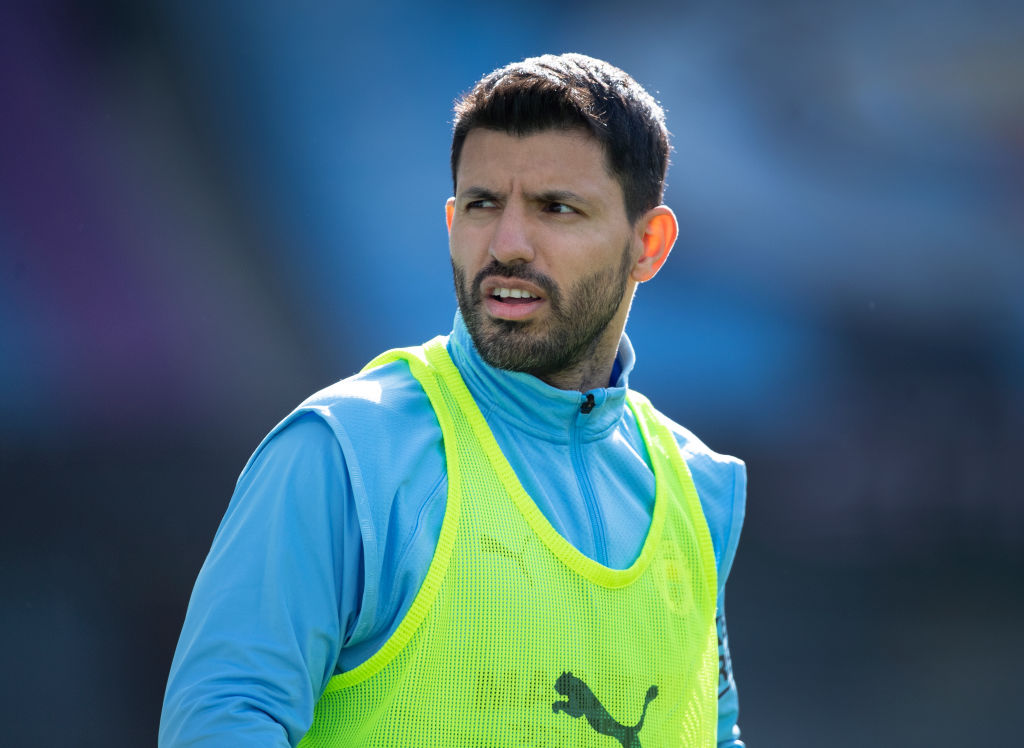 Manchester City striker Sergio Aguero is keen to join Barcelona this summer and has also received offers from Chelsea, Manchester United, Inter and Paris Saint-Germain, according to reports.

City have confirmed that Aguero will leave the club at the end of the season when his contract expires, which means he will be available on a free transfer.

Having established himself as one of the Premier League’s best-ever strikers during his time at City, Aguero will not be short of offers ahead of the summer window.

According to Foot Mercato, the Argentina international has already received concrete interest from at least five clubs including PSG, Chelsea, Manchester United and Inter.

But Marca report that Aguero’s first-choice destination is Barcelona and the Spanish club’s hierarchy are keen on the deal as it will be a free transfer.

Aguero is also keen to join Barca because of the prospect of linking up with Lionel Messi, who he is close friends with following their time together with Argentina’s national team.

However, it’s understood that Ronald Koeman’s preference is to sign Memphis Depay, while Barca’s president Joan Laporta wants to prioritise the signing of Erling Haaland, although the Borussia Dortmund forward will be in high demand this summer.

Speaking after Aguero’s departure was announced, City boss Pep Guardiola claimed the striker is ‘irreplaceable’ and believes the Argentine could still play at the top level for the next five years.

‘We have still two months ahead, and today I saw the training session how brilliant he was and his commitment,’ said Guardiola.

‘Sergio is irreplaceable. I could say in terms of numbers he can be replaceable, it’s not easy when you see more than 360 games played and more than 250 goals, the amount of titles.

‘So it’s the legend, the best striker this club has ever had for this century through the years, but is irreplaceable in the souls, in the hearts, in the minds of our fans, of our people, of the players that played alongside him and all the managers who worked with him.

‘He’s a fantastic person, a human being, and I’m pretty sure if his mind is still aggressive like he is, he can extend his career longer and longer than maybe two or three or four or five years.’