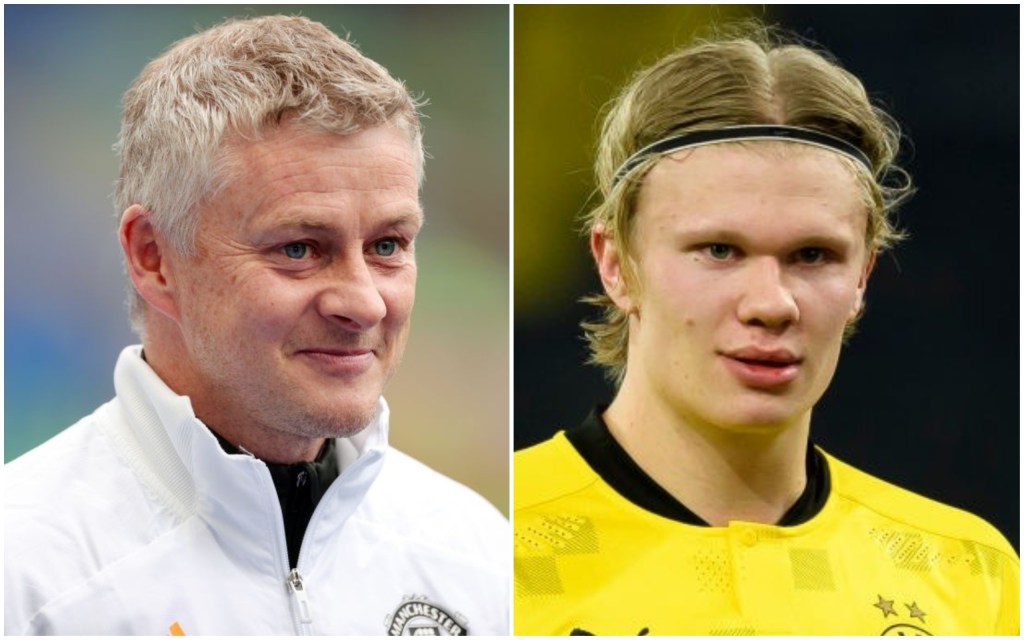 Ole Gunnar Solskjaer insists he had no doubts about Erling Haaland’s meteoric rise and has revealed how the striker used to bully his teammates during Molde training sessions.

Haaland has quickly established himself as one of the best strikers in Europe and is now wanted by several clubs ahead of the summer transfer window, including Manchester United, Manchester City, Chelsea and Real Madrid.

Solskjaer managed Haaland’s breakthrough at Molde and came close to convincing the 20-year-old to joining Old Trafford in December 2019.

Asked if he knew Haaland would be a success when he first saw him in action, Solskjaer told Sky Sports: ‘Yeah. You can see the personality.

‘He came as a 16-year-old, of course you never know with injuries, he struggled really badly with bad knees when he came.

‘But I could see someone with a personality.

‘I remember him brushing off and putting our centre-back and centre midfielders, two big, massive lads, he put them on the floor and asked them to get up. He’s a winner.

‘He’s got a great personality, of course. He’s proving everyone how good a player he is.

‘We played against Zenit in the Europa League play-off and the referee came to me after and said, ‘he’ll play in the Champions League soon’. We did know.

‘He’s a top personality. I played with Alf [Haaland’s father], he’s a bit old school in that respect. He’s a winner.’