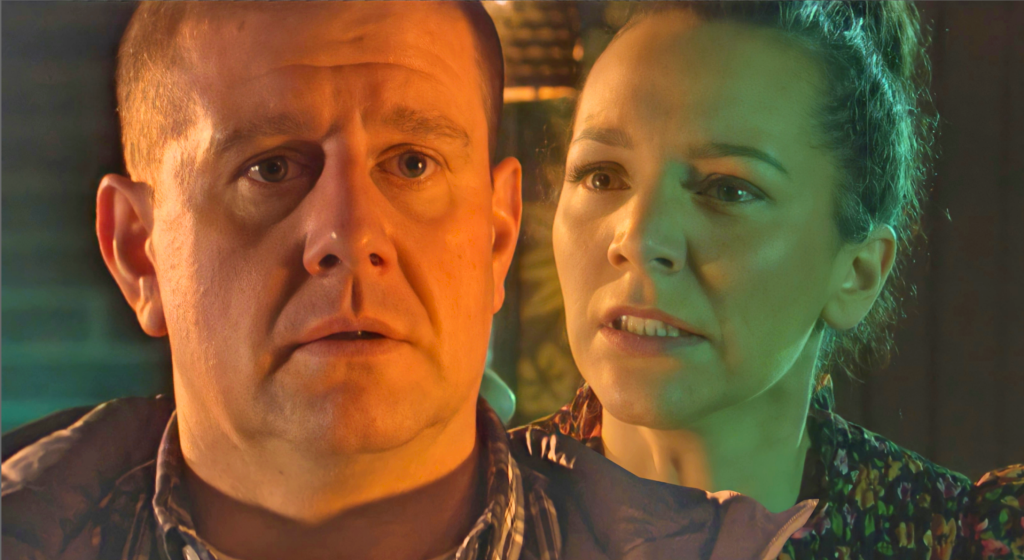 The mainstay of the Channel 4 soap receives a series of mysterious phone calls in episodes which will transmit this week, and viewers will be left wondering just who it is on the other end of the line.

Cleo, however, will work out that it’s Pete trying to get in touch with her, and next week, Toby Faroe (Bobby Gordon) struggles to process some heart-breaking information about his girlfriend.

The killer makes it his mission to track down Pete, but Cleo soon works out what her beau is up to.

However, that’s the least of her worries, as she soon starts to fear that Pete may have, in fact, returned to the village.

Devastated, Cleo opens up to Celeste (Andrea Ali), who does her best to put her pal’s mind at rest.

She successfully does so, but little does Cleo know that her fears are about to come true, as Pete watches her from afar!

The subsequent episode, which is a special edition of the Channel 4 soap that focuses on mental health, will see Cleo confront her abuser.

That is the question, but later in the week, Cleo is left in shock when she discovers the lengths Toby went to in order to try to protect her from Pete.

What has Toby done?


MORE : Adorable child breaks down in tears of joy when she learns Sid is alive in Hollyoaks