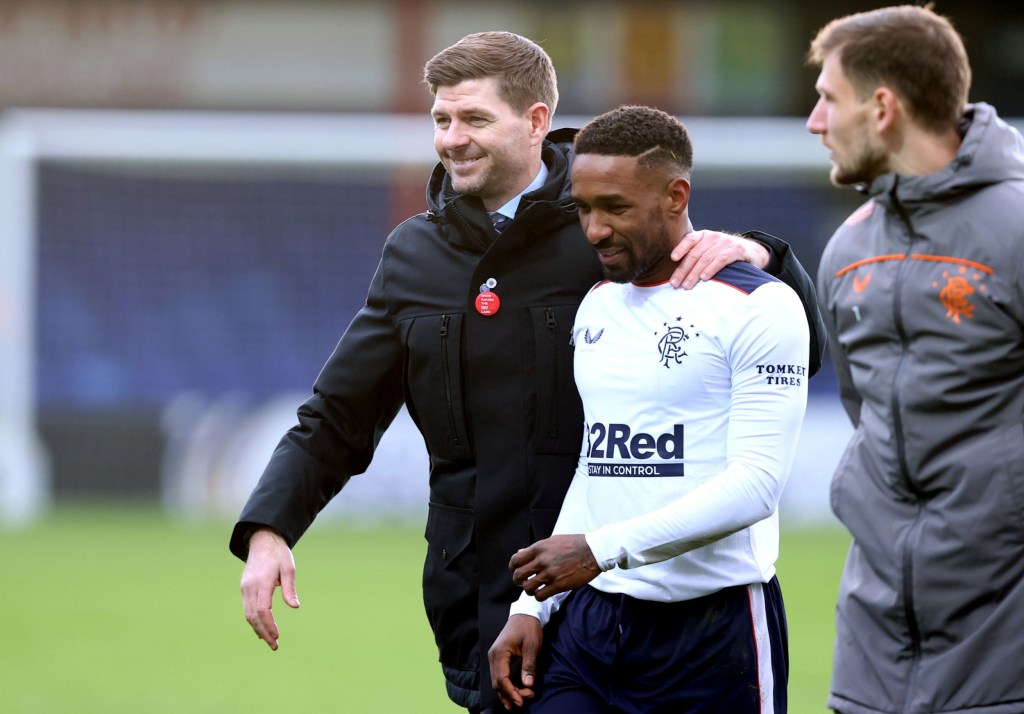 Gerrard guided Rangers to their first league title in 10 years earlier this month, while the club now sit 20 points clear of Rangers in the Scottish Premier League table.

Gerrard began his managerial career in Liverpool’s academy before leaving to take the Rangers job in 2018.

And Defoe believes the former Liverpool captain is ‘striving’ to take charge at Anfield one day.

‘Because he’s done so well and that’s what he’s striving for and it’s his first main job really.

‘He went from Liverpool Under-18s straight to Rangers, even then people probably thought that was a big job for your first job.

‘To dominate domestically was special, but people might look at it and think it’s either going to be Celtic or Rangers, but to compete in Europe as well.

‘At some point I think he will go on to manage Liverpool.’