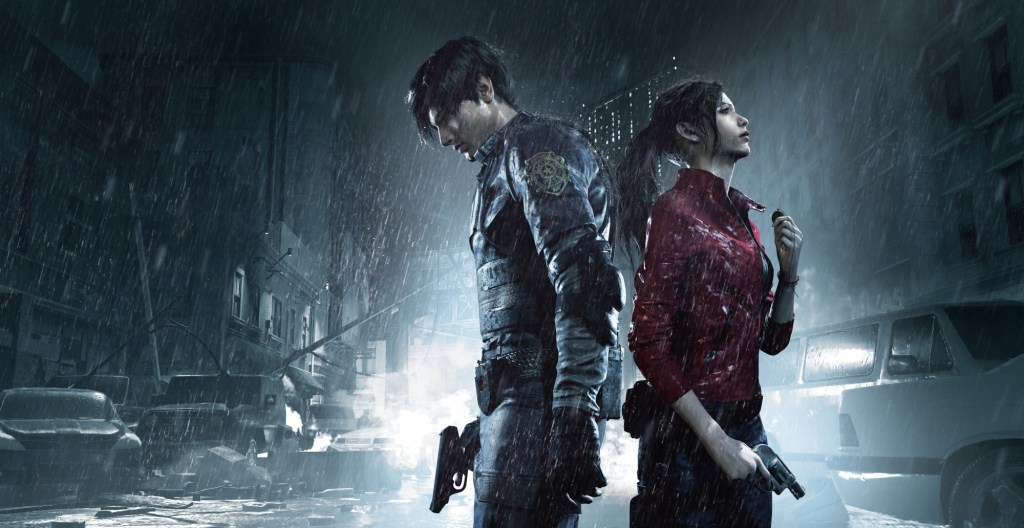 It may be hard to believe but Resident Evil celebrated its 25th birthday on Monday and so we wanted to know what you think of the franchise and which is your favourite entry. Why do you think the series has lasted so long and what do you hope for its future?

Everyone seemed very positive about the series in general, although it was no surprise to find the favourites were Resident Evil 4 and the recent remake of 2. Plenty are looking forward to Village as well though, with most satisfied that Capcom are doing a good job manging the series.

A shlocking good time
Resident Evil has always been a favourite of series of mine and I think it’s because it’s scary but it’s not grimdark horrible. It’s shlock and, most of the time, it knows it which really adds a nice extra layer to the enjoyment, on top of the scares, the action, and the puzzles. I’ve been playing it since Code: Veronica on the Dreamcast and enjoyed that so much I went back to play the others too.

I love them all for slightly different reasons, but I would say Resident Evil 2 comes the closest to complete perfection. Maybe a touch more cheese and more differences between the different play routes and it really would be a 10/10 game. Although it still is really, in my heart.
Moley

Long term survivor
Happy 25th glorious inception year to Resident Evil – one of my favourite series in gaming. Wish Capcom would release the original three Resident Evils and Code: Veronica on current systems to coincide with the anniversary. Code: Veronica requires a modernisation significantly more than Resident Evil 4 too, which has aged wonderfully, so I hope it doesn’t get overlooked.

I’m in two minds about perhaps purchasing Resident Evil 6 again this year, to see if I can squeeze some more enjoyment out of the identity crises suffering, M-virus (mediocrity) infused trainwreck. If anything I just want to give Leon’s campaign another run through.

Thinking back to the seminal original Resident Evil, the impact it had on me in 1996 was profound. I marvelled at the cutting edge cinematic direction, effective jump scares, visceral, thrilling combat, atmospheric, suspenseful fixed camera angles, obtuse puzzles, engaging inventory management, and interconnected elegance of the Spencer Mansion.

And of course I was enamoured with the selection of ghastly creatures, macabre lore, and endearingly cheesy dialogue.

Jill Valentine may have been the master of unlocking but Barry Burton was the undisputed champion of unintentionally hilarious quotes such as, ‘You were almost a Jill sandwhich!’ and ‘Just a moment! I found a weapon. It’s really powerful, especially against living things’. Oh Barry…

There are few more welcome respites in gaming than reaching the tranquil, safeguarding space of a save room after a great struggle at surviving: down to your last few bullets, critically low in health, with no herbs in possession, and your situation looking increasingly grim.

But somehow, you manage to negotiate a treacherous path terrorised by four zombies, two dogs, a pack of crows, and a hunter, unscathed. Resident Evil truly redefined what it meant to survive in a horror game.
Galvanized Gamer

Needs more cheese
While I’ve played and enjoyed most of the earlier Resident Evils, for me Resident Evil 4 is still the best of the series and my favourite game of all time. It’s not really like the earlier ones though, with far more action and less backtracking so I guess I enjoy action games more than classic survival horror!

Things went downhill after that, with 5 being a watered down version of 4 with the added annoyance of Sheva, and 6 being a bloated, muddled mess!

After that I lost interest in the series and haven’t played 7 or the remakes of 2 and 3.

I’m not feeling Village either and don’t get the constant comparisons with 4. Okay, so there’s a village, a castle, the attaché case inventory, and a merchant (who’s nowhere near as cool as 4’s!) but I just don’t feel that magic that Resident Evil 4 offered. It’s lost that cheesy charm so goodness knows what the remake of 4 will be like!
LastYearsModel

Taking your time
I remember playing the original first Resident Evil in 1996. For me it’s a very personal game, with some sad memories as my auntie suddenly passed away unexpectedly on the day of release. (For some strange reason I also remember the song Breakfast at Tiffany’s riding high in the charts to.) This particular game for me was groundbreaking stuff back in the day and the only and last game I have ever completed from start to finish.

I think I completed it four times in total, however I just could not get the hang of the time trials where you had to complete the game in, I believe it was less than four hours, and you were awarded with a bazooka if I remember correctly? I even remember completing the game once with just a hand knife to my name, killing Tyrant in the laboratory running around dodging him here and there and then racing to get to the helicopter.

I thought the cheesy dialogue at the time was OK back then, as it was the 3D graphics that just blew me away so I wasn’t taking to much notice of the dialogue. But looking back now I can see why it’s always been like Marmite with Resi fans. I don’t know why I never ever bought and played the rest of the next Resi instalments? I have the new remake of Resident Evil 2 that I bought last Christmas but it’s just in the box collecting dust? I just cannot believe it’s now been 25 years ago since the first release of Resident Evil. How quickly time flies by.
JAH

The perfect balance
The 25th anniversary of the Resident Evil franchise, for me, marks a significant milestone for multiple reasons. I first got into the franchise when a friend of mine showed me the very first Resident Evil game on the PlayStation. At first, I didn’t think I’d ever get into the series but after about an hour my mind was changed and I decided not to get the first game.

However, Resident Evil 2 came out and this was the one title that had won me over completely. The best parts of the second game were its masterfully done story, with its effects and design which scared the crap out of me. And because it was a bigger game it got me into the series.

Adding to this, Resident Evil: Outbreak is another title that also got me into the franchise, along with the consistent good quality of the titles. To me, these are the reasons why I think it has lasted so long, as well as Resident Evil 4 having Leon in it.

Resident Evil Village looks promising and I’m sure this is going to be a great title. If any remakes are to be done, I’m certain Resident Evil 4 is one title fans want to see get remade and for me I would love to see Capcom remake Outbreak and show us how an Outbreak game was meant to be but could not at the time due to the limitations of the PlayStation 2.

If the series does lean into horror or action more then one good way to keep people interested is to include multiple choices and endings so that the next game will have players coming back for more. Reducing cheesy dialogue and characters would be OK but making sure that too much of it isn’t removed would be a good idea.
gaz be rotten (gamertag)

Everyone loves Resi
I’d be surprised if you found anyone that actively disliked Resident Evil. Not like it, sure. Hates number 6, understandable. But overall I’d say that the series is both impressively consistent and manages to balance horror, action, and cheesy humour very well.

Resident Evil 2 is my favourite of them. That’s just a near perfect remake, but I really like Resident Evil 4 and agree that absolutely does not need a remake. That’s a lightning in a bottle situation and trying to go back to it is a bad idea.
Golem

Jim Ryan is leading PlayStation to its death – Reader’s Feature

25 years of scares
Regarding the question of whether Resident Evil should have more action or horror, if you have more action you get Resi 6 as the outcome! Horror is the way to go, like Resi 7. I enjoyed Resi 5 but the action took over the horror aspects too much for my liking. But in my books the characters story and locations kept it going OK – just.

Resident Evil 4 was near perfect for me and nothing outstayed its welcome or went with the too much action approach, or to a more boring type of horror scenario either.

Of course, the original PS1 games were perfect for their time and Resident Evil 2 is my all-time favourite from that generation, and the recent remakes, including the third title, make a perfectly fine job for the newer generation of console audiences.

Also, the GameCube original remake, including the original prequel Resident Evil Zero game, were very decently made games. The most recent original game, Resi 7, really was trying to experiment with the best use of horror and action without one overpowering the other. My expectations for Village is a cross between the previous seventh game and the fourth in the series, mainly because of a village in the vicinity of a giant castle and its grounds.

It looks like a more action-oriented game but I don’t think it’s looking like too much more action at the moment. But the main excitement, which I believe a lot of other fans of the series are looking forward to, is finding out who these coven of aristocratic vampire women are! Especially the 9’ 6” foot tall head vampire woman, the Lady Dimitrescu!

25 years is a long time to stay at the top of its genre, or games in general, but with the odd hiccup here and there, this favourite gaming franchise of mine has managed to get back to its roots and re-learnt why it means to be a survival horror. And it seems to have got the whole world talking about it again. So currently speaking, this is the biggest new game for me this year for sure.
Alucard