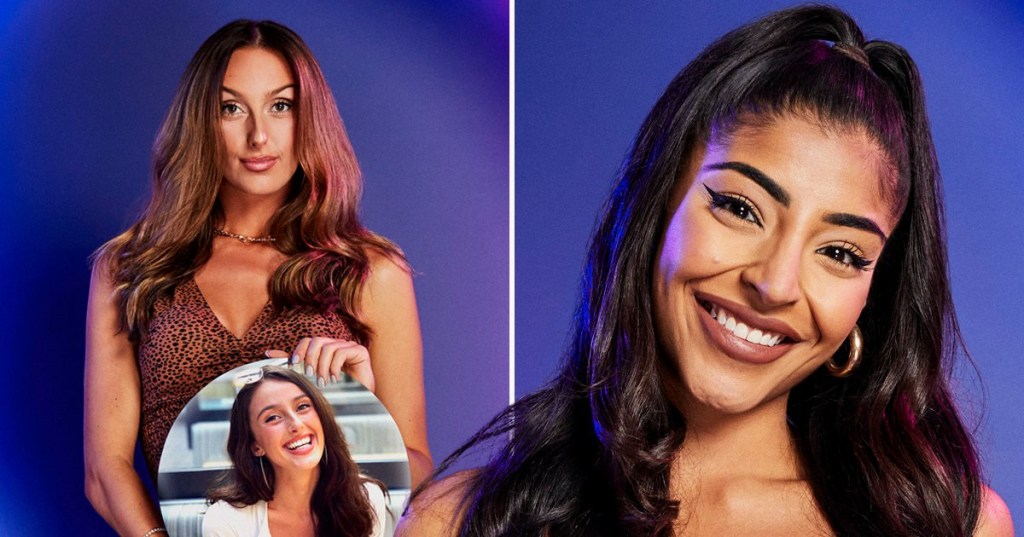 The Circle’s Marika has a lot of explaining to do after she voted her ‘geezer girl’ Tally in last place during Thursday’s ratings – leaving her at risk of being blocked.

The pair have been best friends since the very beginning, but cracks began to form on the latest episode, when Tally voiced her concerns over ‘Felix’ – who asked Manrika out in a previous instalment.

Side note: She’s not wrong as ‘Felix’ is actually a catfish named Natalya.

This chat didn’t sit right with Manrika, who came to the conclusion that ‘Gemma’ (aka Hunter) was getting into her pal’s head.

When it came to the ratings, Tally put Manrika in first place to cement their friendship, however her co-star did the exact opposite, choosing to play things tactically.

Putting her new boyfriend in third place, she said: ‘If Tally’s going to put him in sixth, I need to bump him up from that.

‘I love that girl to bits but she will get rid of Felix. She is buying everything Gemma’s saying and I can’t have it.

‘I feel like I haven’t got my girl’s back but at the moment, I feel like her judgement is massively clouded on Gemma’s bulls**t. And until that’s cleared, I can’t have her having any sort of power.’

However, as always, there was a massive twist on the way – with the bottom two players at risk of being blocked.

As it was announced that Tally and Dorothy, aka Scott, had been placed at the bottom of the list, it dawned on Manrika just what her low score had meant.

‘Oh f**k,’ she said while hiding her face. ‘I’ve messed up badly by putting Tally at the bottom.’

Viewers were fuming over the scenes, shocked by the Channel 4 star’s actions.

Flocking to discuss the ratings, one penned: ‘Tally crying really got to me. Manrika’s shocked me.

‘Manrika whinging about Gemma being the assassin then doing that to Tally, her closest ally in the game… #hypocrisyyyyy #TheCircle,’ a fan said.

A Twitter user fumed: ‘So Manrika could have cost her #geezergal her place in #TheCircle over a catfish boy brilliant!! #loyality right their “gals” [sic].’

‘I cannot believe Manrika did that to Tally, oh the drama x #TheCircle,’ another agreed.

Lockdown roadmap: Rules to be eased on Monday – but what happens next?

Teenager charged after soldier ‘abducted and assaulted on Tinder date’

‘That’s what happens when you play a snakey, tactical game…,’ a follower commented.

‘Actually feel sorry for Tally who thought Manrika had her back, not stabbing her in it. #TheCircle.’

As one added: ‘Manrika proper broke the girl code what a B***h to ya Circle Bestie #NotCool  #TheCircle.’

Will Tally suspect that her ‘geezer girl’ doesn’t actually have her best interests at heart? Or will Dorothy’s identity be revealed?

The Circle continues Sunday – Friday, at 10pm, on Channel 4.