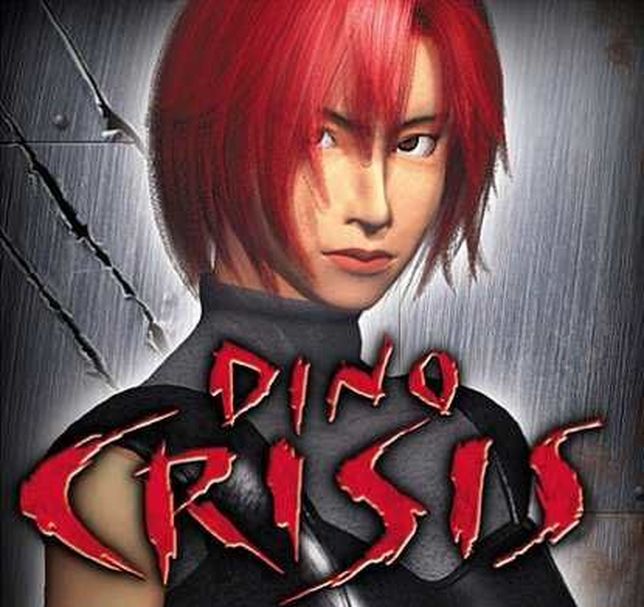 The Thursday Inbox asks for suggestions on the best TV for the PS5, as one reader wonders what’s next for Next Level Games.

New trend
I was a bit shocked last night to see Dino Crisis trending on Twitter and for a moment imagined that Capcom had finally announced a remake or new sequel. Alas, it was merely some kind of Twitter vote between four games you’d most want to see get a remake (I think this was the original post). The four games were Manhunt, Clock Tower, Parasite Eve, and Dino Crisis.

Judging by how much their names were trending Dino Crisis was winning, followed by Parasite Eve, and then Clock Tower… with Manhunt not in the running. Which pleased me as that’s exactly the order I would’ve put them in. The only problem is this was just fans talking and I doubt there’s much chance of any of them (although I’m not sure who actually owns Clock Tower anymore).

It does my heart good to see Dino Crisis ‘win’ though and I really hope that Capcom get around to bringing it back at some point. The last rumour was that they cancelled a planned remake, which is heartbreaking, especially after the wet fart that was Resident Evil 3. But I hope they change their mind or skip the remake and do a full sequel because the first two were great and really scary at times – easily the best dinosaur based game and we all know how they’re almost… extinct (sorry).
Badgerman

GC: It’s difficult to tell, because they’ve all but exited the games business now, but we think Sunsoft still owns Clock Tower.

Switching strategy
If the Switch rumours are true then we’d be looking at the most significant hardware revision Nintendo have ever done (outdoing DS to DSi) and going a large part of the way to what we might have expected from a full scale successor.

I reckon Nintendo might be looking to go down the mobile phone route of doing away with defined generations like the other consoles and having a more fluid ecosystem, with games being able to be played across whatever the current iteration is plus all future ones.

Obviously this relies on several factors to go right including backwards and forwards compatibility of software and ensuring customers aren’t confused by the choices (hopefully whoever came up with the Wii U and 2DS names has been assigned elsewhere).

As unpredictable as Nintendo are in their ways, this would signal a strategy to create a niche from the other consoles and mobile phones. At least it’s good to see them not resting on their laurels, which resulted in the inertia after the Wii/DS successes.
Frogs Bowser

Personal best
What a delightful game Luigi’s Mansion 3 is, another series best on Switch. The animation is just stunning at times and the game has a great, well-judged sense of humour. The puzzles are what really make it though, with some very inventive solutions which often illicit a chuckle. Gooigi is a very welcome addition, with his squidgy movement facilitating some wonderful level design.

Next Level have certainly done a magnificent job with the series, outdoing Nintendo themselves. I really liked their Wii update of Punch-Out!! too, they seem a very safe pair of hands (well apart from Metroid Prime: Federation Force but I reckon that was forced upon them). I wonder what they will work on next? Hopefully their superb efforts on Luigi’s Mansion will give them a bit of free reign to pursue something new, either from an existing Nintendo property or a brand-new IP.
Ryan O’D
PS: Very excited for Monster Hunter after your glowing review, roll on Friday!

GC: We’d kind of forgotten Nintendo had bought them. It’s too soon for a new game from them this year but we’d also be very interested to know what they’re working on.

Fair warning
Just a thanks for the article you ran and published at 16.29 on Monday about GAME and other retailers having Xbox Series X and S in stock. I saw the article at 17.28 and managed to get an Xbox Series X. The standalone models were out of stock, but I got one with an extra controller. I paid for insurance delivery at an extra £19.99, so just in case it went missing in transit it would be win-win for me as I would have got all my money back plus £50 compensation.

Mounting horror
I just wanted to recommend a Swiss set horror game called Munduan. I’ve played it on my Xbox but I’m pretty certain it’s on the PlayStations and PC too. It’s a very unusual horror game with a great sense of dread and discomfort, partly enabled by the unusual graphic style (kind of badly drawn but still better than I could do pencil sketching) and a brilliant use of the local dialect of the Mundaun region.

It’s absolutely fantastic and I really recommend it if you get a chance to play it. If not I can knock up a quick review for you but it may need a fair bout of editing!
Matt

GC: We’d be happy to do that for you, if you want to write a reader’s review.

Quality settings
The Xbox Wireless headset is excellent for the price, particularly in the spacial audio quality like most of the reviews have said. They’re better than the Turtle Beach Stealth 600 Gen 1s I used to use before it. Vastly better for spacial audio. The mic isn’t the best. It will eliminate most background noise or at least make it very quiet if you adjust the settings properly. Below are the settings I use that work best for me but the equaliser is down to personal preference, so you may want to adjust it a little.

Go to the Xbox Accessories app

You get six months of Dolby Atmos free, which I recommend using. It is vastly superior to the free Windows Sonic for spacial audio, in my opinion. Go to audio settings on the Xbox and change to Dolby Atmos. It’ll prompt you to download the app if you haven’t already. Once the six months is up you have to pay a £15 one-off license fee to keep using Atmos but it’s totally worth it. You also get six months free DTS Headphones X, which is a rival to Atmos. I’ve heard good things about but haven’t tried myself yet, so you can see which one you prefer.
Big Angry Dad82 (gamertag)

Eternal question
I thought this joke question and answer on Amazon about the Super Mario 3D All-Stars game was quite funny. The question is, ‘Does Bowser finally murder the princess in either of these included titles?’

I am looking forward to what news Nintendo announce after Super Mario 3D All-Stars is removed on 31st March, hopefully a Nintendo Direct which mentions Super Mario Galaxy 2 and other Mario and non-Mario related games.
Andrew J.
PS: Monster Hunter Rise is £34.85 delivered on ShopTo, currently.
PPS: Creature In The Well is free on PC on Epic Store from today at 4pm.

Expect the unexpected
As usual when there’s so little we know about Nintendo games due for the rest of the year, it’s as much a question of when as it is what. And by that, I mean when the news will come rather than release dates.

It’s less than three months till what would’ve been E3 season, we know the first party plans up to the summer, the Switch is still selling very well and Monster Hunter Rise is about to give it an even bigger shot in the arm, that would probably carry it that far without any more in the way of announcements. So I can imagine how little urgency Nintendo are feeling to make any moves right now.

The disappointment of the last Nintendo Direct didn’t help for those who are holding out for some substantial first party news, though. So as usual I’m being impatient, but I’d love for them to actually have some brief but big announcements in April with a view to properly revealing things in June. The problem is after last year we can’t assume they’ll even do anything at all as late as June…

This rumoured surge in software sales has some unusual weight to it and it’s this rather than what’s likely to be some completely optional, more expensive, New 3DS style hardware that interests me most. If they really are predicting to sell over 20% more software than their previous all-time annual record before April 2022, I can’t think of anything other than Mario Kart or the Zelda: Breath Of The Wild sequel that might contribute meaningfully to that (on top of Monster Hunter, as I imagine third party games count in that projection).

The thing that makes me feel Breath Of The Wild 2 isn’t coming this year isn’t so much what Aonuma said in the last video. It’s the fact that Skyward Sword is out in July and there are rumours of even more Zelda ports afterwards. What they did with Mario wasn’t a million miles off but I’m just not sure they’d cram so much Zelda into such a short period and risk fatigue setting in before a main event as substantial as Breath Of The Wild. I’m thinking March 2022 at the earliest for the new one, then.

I know better than to hope for more than one big new first party game this autumn but if all the rumours and speculation turn lead to another DLC fighter for a game that already has 80, and that Pokémon remake, I’ll probably be more mad at myself than at anyone else.
Panda

GC: We’d guess you’re probably right about Breath Of The Wild 2. The reader before you also makes a good prediction, about them announcing something once Super Mario 3D All-Stars is discontinued.

Inbox also-rans
Microsoft is stating Game Pass members spend more, not less money than other gamers which I struggle to believe. But I guess not paying for games they buy more DLC and microtransactions.
TWO MACKS

I’m in the market for a new TV and would like to get one that offers the optimum experience when used with a PlayStation 5 (I will be able to find one eventually!). I have a budget of around £800, but could go a little higher, if anyone has any good suggestions.
drlowdon