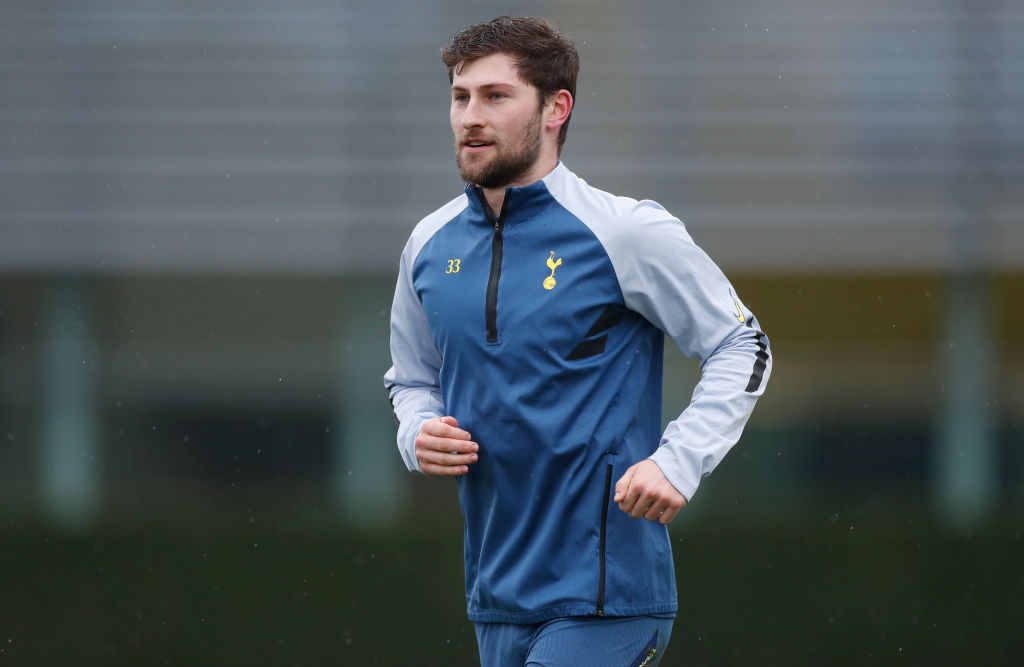 Jose Mourinho took to Instagram to send a classy message to Tottenham defender Ben Davies after he was forced to pull out of Wales’ squad through injury.

The left-back suffered a ‘signifcant injury’ playing for Spurs, according to Wales assistant manager Robert Page, and will miss upcoming World Cup qualifiers against Belgium and the Czech Republic, as well as a friendly with Mexico.

Spurs bounced back from dismal defeats against Arsenal and Dinamo Zagreb to beat Aston Villa 2-0 in the Premier League on Sunday, courtesy of goals from Carlos Vinicius and Harry Kane.

Davies came on as a second-half substitute in the Villa win after Sergio Reguilon was forced off with a knock, and helped his side maintain their lead at Villa Park.

And commenting on a post on Spurs’ Instagram account regarding Davies’ withdrawal from the Wales squad, Mourinho praised the defender as he appeared to suggest he had played through the pain barrier for the north London side last weekend.

Mourinho said: ‘When a player plays injured to help his team to recover from two bad defeats, this can happen. A man, a team player.👍’

Spurs’ damaging 3-0 second-leg defeat to Dinamo Zagreb last week saw them crash out of the Europa League at the last-16 stage despite having built up a 2-0 advantage from the first leg.

And although his side responded with a win against Villa on the weekend, Mourinho has challenged his side not to rely on a bad loss in order to produce a committed display.

‘It was a good result,’ Mourinho told Sky Sports after the Villa game. ‘Total credit to the players. An incredible attitude and effort. Some of the guys it was almost like a debut, like [Japhet] Tanganga or [Joe] Rodon who have not had many games. Some like Harry [Kane] played 120 minutes 48 hours ago.

‘They gave everything. The team was a team. The next challenge as a team is not to play like this as a reaction to an awful performance.

‘Playing with this state of mind, this soul, should be a permanent thing.’