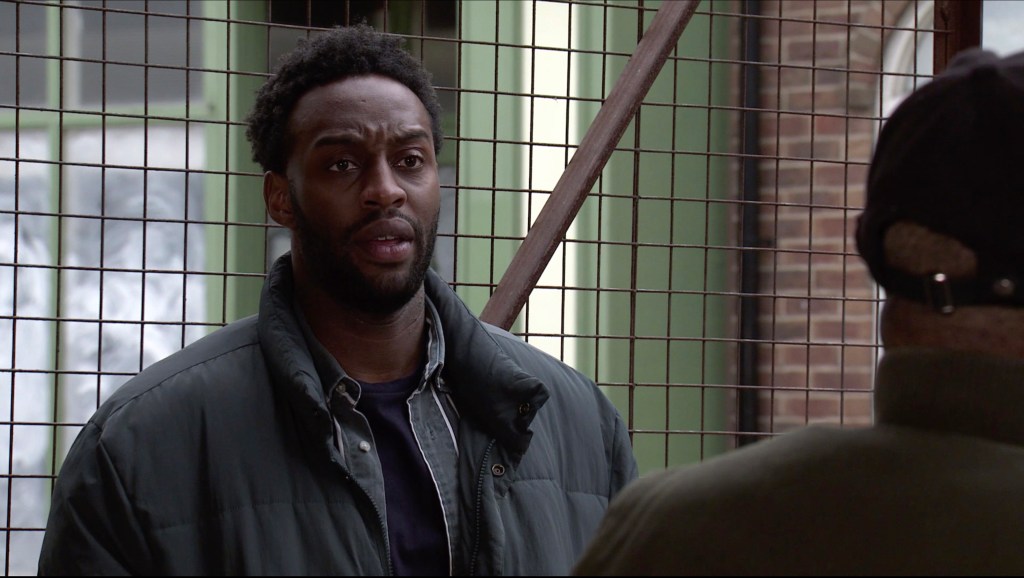 Ronnie Bailey (Vinta Morgan) hasn’t been in Coronation Street for long and already he’s causing drama for the Bailey family.

Ronnie believes that after a previous relationship with Aggie (Lorna Laidlaw), Michael (Ryan Russell) is actually is son, and in the coming episodes, Michael discovers the truth.

Aggie calls Ed (Trevor Michael Georges) and says that the last thing she wants is for Michael to find out that Ronnie thinks he might be his Dad as he’s got enough on his plate following the birth of his daughter.

His head spinning, Michael assures Grace (Kate Spencer) that she and Glory are his family now and nothing else matters.

Michael later calls at the builder’s yard and assures Ed that he’ll always be his Dad no matter what.

Ed is touched, but when Michael suggests a paternity test just to be sure, he gets upset.

Michael later tells Ronnie that he’s ordered a DNA testing kit, but what will the results be?

Will Ronnie being Michael’s father tear the Bailey family apart?