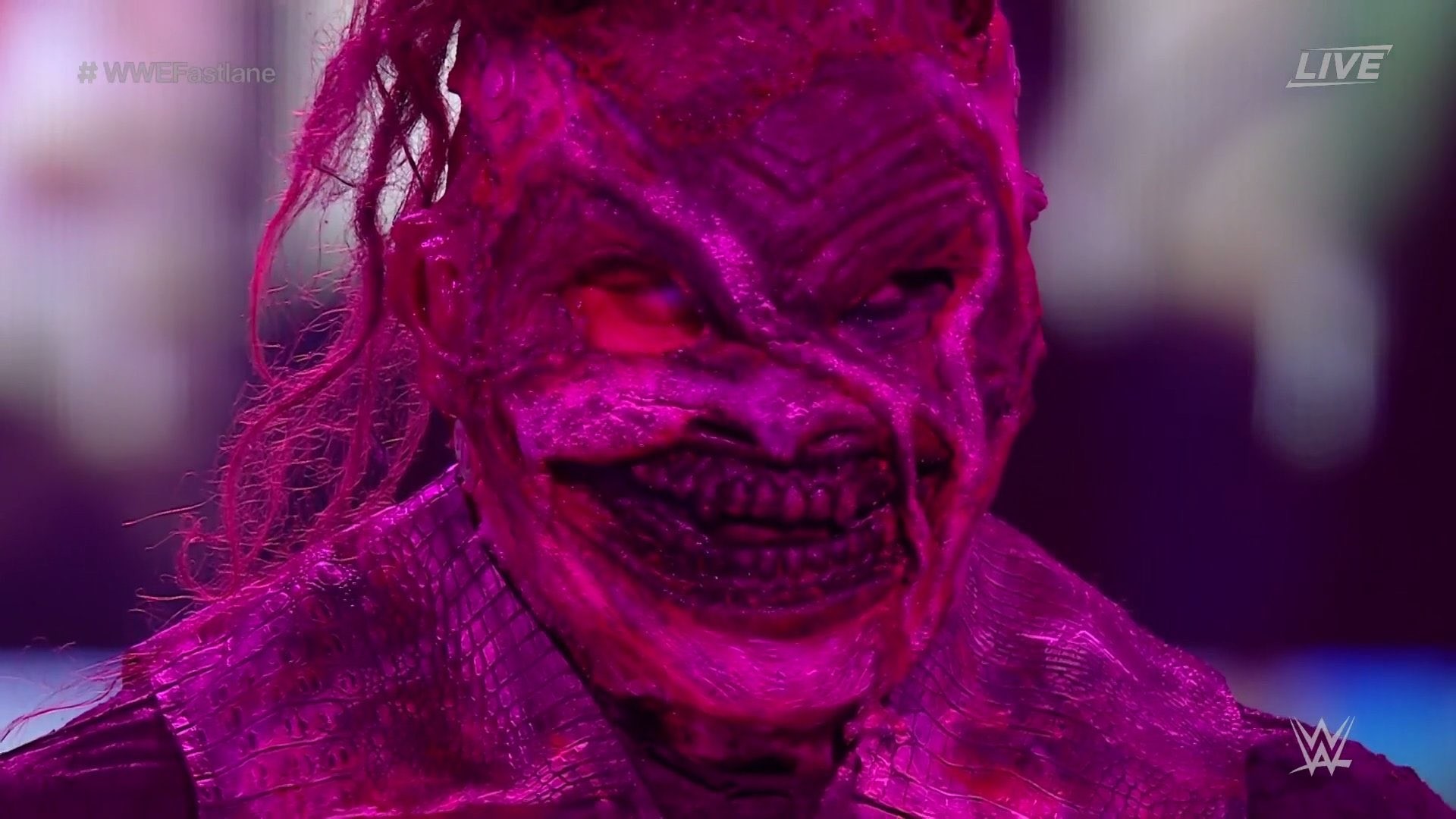 Randy Orton narrowly avoided a lighting rig falling from the ceiling of the Thunderdome during his match with Alexa Bliss as ‘The Fiend’ Bray Wyatt returned at WWE Fastlane.

The Legend Killer took on the former women’s champion – who has seemingly been possessed by the horrifying characters for months now – in a clash filled with the supernatural.

Right from the beginning, Orton was coughing up the black liquid fans saw a few weeks ago on Raw, and once Bliss got to the ring things took a nasty turn.

From fire shooting from both the canvas and Alexa’s own hands, through to the lights dropping from the heavens, Randy was up against it as he tried to get hold of his rival.

As he finally got her back in the ring, the former world champion went to step forward only to be grabbed from a hand tearing through the ring mat.

Another burst of flames signalled The Fiend’s re-emergence months after he was burned to a crisp by Orton during their Inferno Match at the TCL pay-per-view.

Ever since, fans have been wondering what Bray Wyatt’s alter ego would look like when he returned – and now we have our answer.

Covered in scars and with his clothes torn to shreds, The Fiend looked every bit the horror movie monster he’s been since his arrival, and he delivered an emphatic Sister Abigail to give his follower a big win.

Now, Wyatt and Orton are on a collision course for WrestleMania 37, with the big question being whether they’ll face off in a ‘traditional’ bout – with or without a stipulation – or a Firefly Fun House match like we saw last year with John Cena.

Elsewhere on WWE Fastlane, Drew McIntyre beat Sheamus in an all-out war as both men left everything in the ThunderDome, while Seth Rollins defeated Shinsuke Nakamura in a fantastic clash.

Apollo Crews narrowly lost to Big E but was left standing tall after he unleashed a brutal beatdown on the Intercontinental Champion after the bell, and Sasha Banks slapped Bianca Belair after Reginald played a role in their Women’s Tag Team Title match loss to the champs Shayna Baszler and Nia Jax.

Elsewhere, Braun Strowman ploughed through Elias after Shane McMahon couldn’t compete, and RETRIBUTION turned on their leader Mustafa Ali after he blamed them once again for his loss to Riddle in a US Title match on the Kickoff.