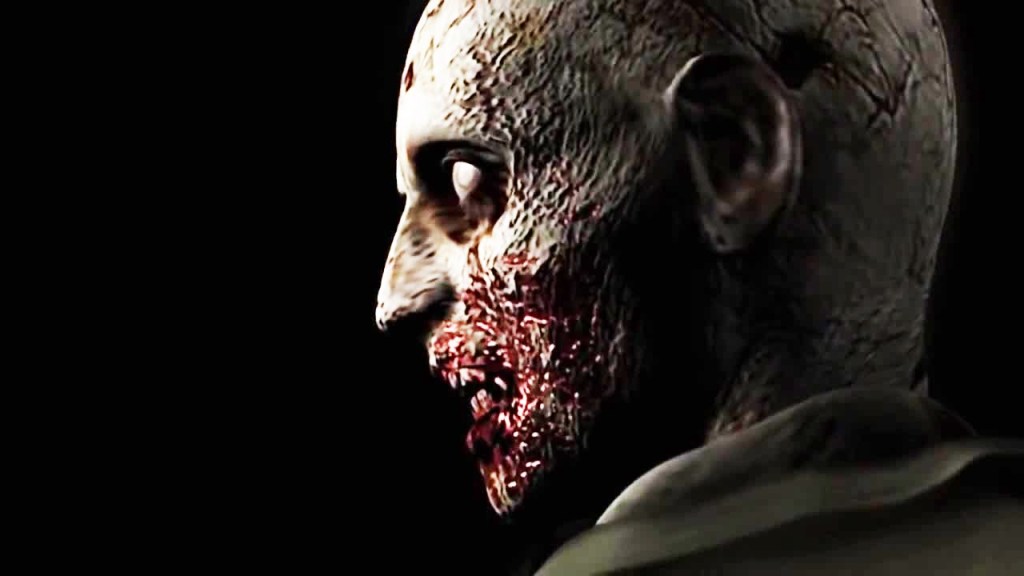 The Monday Inbox debates whether Xbox Game Pass is worth getting an Xbox Series X for, as one reader worries about the Gotham Knights delay.

Love at first zombie
So if this is shown on Monday it’ll be the 25th anniversary of my favourite video game franchise ever… Resident Evil! I distinctly remember playing the original on PS1 as one of my first ever games and I was hooked immediately. The cut scene of that zombie turning its head, after you get out of the dinning room, is seared into my memory as the scariest and most exciting thing ever and I’ve loved the whole series ever since.

Resi has had its ups and downs but I think given how old it is the standards have been kept incredibly high and it’s really only Resident Evil 5 and 6, trying to follow-up the groundbreaking 4, that were real disappointments in terms of mainline sequels.

Resident Evil Village is already looking great and while I’m nervous about the Resident Evil 4 remake I’m hoping the lessons have been learned from number 3. I know there’s a lot of big anniversaries this year, but Resident Evil is the one that means the most to me and I’m so glad to see it still going strong.
Wrangler

Quality vs. quantity
I have been looking with interest at Xbox Game Pass and although it looks good value I still can’t muster any enthusiasm for it. I was lucky enough to get a PlayStation 5 and with the free PlayStation Plus Collection games and now with another batch of free games I have enough to keep me going for the rest of the year. I think Xbox are making the right moves but they still lack that killer game to make me want to buy an Xbox.

Due to fatherhood and work life balance I don’t have the time I used to, so I go for quality over quantity and this is an area Microsoft are currently behind both Sony and Nintendo for me. Buying Bethesda was an OK move but as a developer they produce good games but not anything to make me get a console for.

I think Game Pass is good value if you have the time to play to get your money’s worth but for me, I might play the same game for months due to time constraints so I don’t think Game Pass would provide value when I am already getting free games on PS Plus (Final Fantasy 7 next on the list) after I complete The Last of Us Part 2 (picked up for £17). Also looking forward to Subnautica.
Pearcey72

What remains of Game Pass
I wrote in a few weeks ago with the reasons I decided to switch from PlayStation to Xbox this generation and just want to say a big thanks to the reader who suggested trying out What Remains Of Edith Finch. I know I’m very late to the party but what an excellent piece of entertainment. I’m loath to call it a proper game as there’s not much that you’d traditionally refer to as gaming mechanics but I was still completely engrossed from start to finish. I can’t recommend it enough to others who enjoy a good story.

I also can’t believe how great Game Pass is in terms of value. It’s genuinely blowing my mind how much choice I have at my fingertips. I’d say to anyone who’s on the fence this generation about what way to go to get on board with Xbox/Game Pass. You won’t regret it.
Chris

Old game is old
I eventually couldn’t resist and bought the Super Mario 3D All-Stars collection before the impending deadline.

Can’t believe it’s 25 years since the N64 release of Super Mario 64… and playing it now shows just how much the 3D Mario games have evolved and improved over the intervening years.

Devotion rewarded
I have finally been able to get hold of Devotion after all the hoopla over a certain picture. Played through it in two sessions but just wanted to say what a ride. So glad I could share the experience.

Once completed I popped back to check your review and have to say it’s pretty much spot on. Best $16.99 I’ve spent in ages

GC: We’re glad you gave it a go, it’s a real shame what happened to the game as it’s a great horror title.

Post-Brexit access
I’m looking to get an Xbox Series X as soon as one is available and when I do I intend to subscribe to Game Pass Ultimate for the first time. For now, I’ve got an Xbox One which I’ve had since 2015 but barely used over the last three years, having mostly played on PlayStation 4 and now PlayStation 5.

I’ve decided to resubscribe to Xbox Live Gold on my Xbox One in the meantime, as from what I understand you can convert any Xbox Live Gold to Game Pass Ultimate for just £1, which I’ll do when I can get my hands on an Xbox Series X.

So I have a question I hope you all can help me with. The Xbox Live Gold 12-month membership cards I see on Amazon and Argos have EU/EFTA on them. With the UK now having fully exited the EU will these still work in the UK? There seems to be disagreement in the question and answer sections on both stores.
Another Dave

Wonderous opening
There’s a fair few game openings I have as personal favourites. Metal Gear Solid 1 and 2, the Mako reactor assault in Final Fantasy 7, the Tantalus plot to kidnap Garnet in Final Fantasy 9, the original Silent Hill, Super Mario 64, Resident Evil 2, Paper Mario: The Thousand-Year Door, The Last Of Us, and many more. But it’s Bloodborne that takes the title.

Initially I was overwhelmed by the difficulty of Yharnam (having no prior info on gameplay mechanics, etc.) but I was compelled to probe into that hellish town square. Slowly and methodically picking off enemies, learning attack patterns, getting endlessly mauled by the two werewolves and wondering whether video game masochism was my thing. Eventually, much like many other players, it clicked and I was totally hooked.

The whole game is/was fantastic but what a brutally frightening intro. One that made me weep, cheer, scream, jump for joy, and run head first into the wall in rage when Gascoigne went into fully crazed beast mode. A PlayStation 5 Bluepoint remake with 120Hz, native 4K, and a Demon’s Souls graphical upgrade would be most welcome.
Andee

Professor Who
Honestly, I’d like to see Lara go back to the original story lines in the ‘90s or go back to the Tomb Raider Legend storyline. Another idea is time travel, Lara Croft has never done that, not to my knowledge anyway.

The time travel idea I had is: Lara goes back in time before her mother gets trapped in the underworld and Lara has to choose whether to change her own past or not.
Anon

GC: Oh, we thought you were going to say she goes back in time to when a ruin was in actual use, because that would be neat.

Why Way Of The Samurai deserves a reboot – Reader’s Feature

More video games need to be short and sweet like Spider-Man: Miles Morales

Something different
Had an Xbox Series X for a week. It’s whisper quiet. The sturdy, monolithic form I like and it fits nicely next to the my monitor. I’m a big fan of 2001: A Space Odyssey and fridge freezers in general so that helps.

The performance boosts on old gen stuff are great and Game Pass I like. The main reason is very much the advertising slogan for it: ‘discover your next favourite game’. It’s not that I have access to 100+ games to play in their entirety, it’s that I have 100+ games to check out to find something new. Indie games are very well represented on the service with Journey To The Savage Plant, CrossCode, The Touryst, and Outer Wilds being some of my favourites.

Often people write into GC saying they are in a gaming slump. The number one suggestion is to play something your normally wouldn’t and to try Game Pass or PS Now as it’s a great way of trying stuff out. That’s why I like it, it forms the core of an enjoyable and varied gaming life. It has games I already knew I wanted to play like currently Prey, Doom Eternal, and Wreckfest and games I got my eye on but would probably wait on, like the upcoming Outriders and Narita Boy.

Of course, many titles you want to play won’t be on the service but it’s easy enough to unsub for a month, play Elden Ring religiously for a month then resub. Or like me, who bought two years at £81, Not using the service for a month is only down £3.24.

I like the cut of Microsoft’s jib this gen. The big question after buying all these studio’s is can they up their exclusive game to Nintendo/Sony levels? Let’s hope from now on we get more Forza Horizon 4 and Microsoft Flight Simulator quality games and not more Crackdown 3s.
Simundo

Inbox also-rans
If Gotham Knights is delayed till next year I hate to think how long we’ll be waiting for Suicide Squad. I fear for Rocksteady if that game isn’t a massive hit and, let’s face it, the announce trailer was pretty underwhelming.
Goro

I would like to suggest Mass Effect 2 as having one of the best intros. The Normandy blows up with Shepard on board and then you see him being rebuilt. Totally engrossing.
Anon