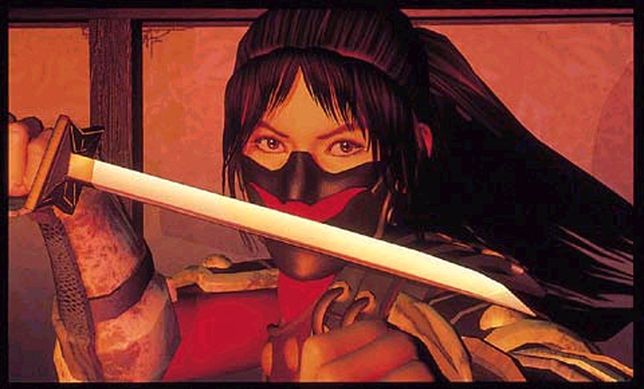 Readers discuss the video games with the best openings, from the start of Super Smash Bros. Ultimate to the first Metal Gear Solid.

The subject for this weekend’s Inbox was inspired by reader Newton and asked what game do you think makes the best first impression, regardless of what follows? Assuming the beginning means anything within the first hour what game do you feel starts off the best?

There were a wide range of suggestions, although the cinematic starts of Uncharted 2 and Metal Gear Solid came up the most – with many preferring to get to the action quickly rather than enduring lengthy cut scenes.

Transcending history and the world
Super Metroid had an amazing intro. Shocking for all kinds of reason, not least that Nintendo themselves had made was basically a homage to Aliens. It still works great today but I’ll go for another only slightly older choice for my pick, the one with game’s best ever theme tune (sorry Bugsnax): Soul Edge!

Namco always made great intros for their fighting games but Soul Edge really did push the boat out, literally. This one got you so pumped me and my friends would watch it a couple of times or more before starting playing, it was that good.

It’s a lost art nowadays, I can’t even remember if Tekken 7 has one, and I get why but at the time that intro was the perfect mix of state-of-the-graphics and cheesy presentation, that totally got you in the mood to play the game, which is what it’s all about.
Integra

Look up
I’m sure a Half-Life 2 might get a mention but I’m going to go with Half-Life: Alyx, which I think has an equally good opening. It helps that it’s in VR, as it really sets the stage for just how interactive the game is and you get a real sense of scale.

The first time you go into the balcony and have one of those strider machines step over you will stay with me forever.
Angry_Kurt (Twitter)
Now playing: Mafia: Definitive Edition (Xbox Series X), Bowser’s Fury (Switch), and The Witcher 3 (PC)

Fight intro
You don’t really get video game intros the way you used, the pre-rendered cut scene that’s 10 times better looking than the actual game is no longer necessary in these days of amazing looking graphics. It does happen sometimes though and I just love the intro to Super Smash Bros. Ultimate.

Most of it is actually in-game graphics and it’s awesome to see it’s impossible line-up of characters. People often say that Smash is a celebration of gaming, particularly Nintendo style gameplay, and nowhere does that feel more obvious than just watching the intro. I’d honestly pay for just that.

I just wish they’d update it with all the new DLC, but I’ve a feeling that will come at the end and the inevitable all-in-one edition. The start of the story mode is also great, for the fact that it’s kind of a shock to find out it’s actually great!
Watson

Quick recap
On the subject of best starts to a game, I think Metal Gear Solid blew my mind.

Fired from a submarine into a top secret base, as the camera follows you in, you are given the backstory – your old unit is against you, there is some serious stuff at stake – it just did such a great job of raising the stakes early doors.
Michael, Crawley

Cinematic start
I think the best start of a game for me was Uncharted 2, as you find you’re somewhere in danger just at the start and you have not seen what has happened before to get you to that point (trying to talk about it with no spoilers!). It was the first Uncharted game I had played and it really hooked you into the story from the beginning, although the next section after that start section wasn’t as good as it is mostly a tutorial level, but the rest of the game I thoroughly enjoyed.

Although I didn’t get on very well with Zelda: Breath Of The Wild, and I mean to go back to it to try it again at some point, I did like the start section of that game because it gave you a smallish area to learn how to play the game and use the various tools and fight the enemies and then you went out into the much wider world.
Andrew J.

Plot twist
Not my favourite beginning per se but one of the most memorable for sure is the beginning of SOMA.

I don’t want to spoil it but the transition from the mundane world to the game world was unique and unexpected. I still think about it from time to time.
Ali K

Why Way Of The Samurai deserves a reboot – Reader’s Feature

More video games need to be short and sweet like Spider-Man: Miles Morales

Everyday journey
After a lot of thought and discussion in my head for best opening or at least one of my favourite openings, it would have to be Half-Life 2 for now. Literally the opening of the game as you travel on the train to City 17, after G-Man awakens you from stasis, is pure genius.

Then fact it feels like a daily commute with other folk with occupations of some sort, felt realistic and very well designed for getting the interest of the gamer and setting the theme of a dystopian military regime!

You then, without doing anything suspiciously, try to get to your next goal through the city, and eventually to a block of flats where the resistance members are based. Then all hell breaks loose as the Combine forces do a block-by-block search of the flats you’re all in, as you and resistance members then try to elude them!

The failed teleport from the makeshift lab starts the continuous trekking of sewers, rivers, countryside, and beaches, without any break up of the level areas or a leap to another area. It all plays out continuously with air boats and scout cars following the route to Black Messa East, with the opening of river gate puzzles and combat and getting past alien security to open the way forward. It is this reason the Valve developers’ level design is so highly praised to this very day.

The two episodic sequels, carried on with the amazing level design and with the same awesome graphical touches. I played The Orange Box series on the Xbox 360, where it felt very smooth and to me a perfect first person shooter for the consoles controllers, showing off the greatness of the Xbox 360’s seamless ports of PC games. The memorable journey with the classic gravity gun and other well-realised weapons was just so addictive to finding out what happens next in the engaging story and such perfect gameplay.

I truly hold Duke Nukem 3D for the N64 and Half-Life 2 and its episodic sequels as my favourite and memorable first person games of all time, and I could only imagine what a current generation Half-Life 3 would be like now! But it looks like whatever the games ideas were, are being kept on permanent ice somewhere for now and the developers don’t go there anymore!
Alucard