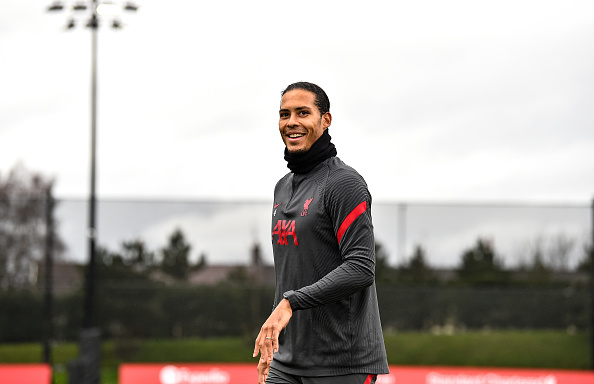 Virgil van Dijk and Liverpool are set to clash over the defender’s plans to lead the Netherlands into this summer’s European Championships.

Van Dijk has missed most of the 2020-21 season after suffering a career-threatening anterior cruciate ligament injury against Everton last October.

The Dutchman is not expected to play again this season with Jurgen Klopp eager for his defensive rock to get a full pre-season under his belt in preparation for the 2021-22 campaign.

The Mirror report however van Dijk is determined to play at the Euros this summer – plans which are said to have ‘horrified ‘ Klopp and his medical team.

Van Dijk has been stepping up his return in recent weeks and is running once again but Liverpool are adamant his return will be for club – not country.

Netherlands boss Frank de Boer is said to have already promised the former Celtic defender a place in his squad.

The delayed Euros gets underway on 11 June, with Netherlands beginning their campaign two days later against Ukraine.

29-year-old van Dijk has been warned over rushing his return, with orthopaedic surgeon Bas Pijnenburg believing the Dutchman will be taking a considerable risk if he is to play in the Euros.

‘A considerable risk,’ Pijnenburg told NOS when asked about the risks involved with Van Dijk playing for the Netherlands this summer.

Jurgen Klopp ‘horrified’ by Liverpool star’s plans for this summer

‘It takes just as long for a top athlete to recover as it does for any other person.

‘What makes it dangerous is that a knee can quickly feel good for a top athlete. The muscles and coordination may already be good, but recovery is still in full swing.

‘Starting too early would also send a bad signal to other people who have had this surgery.’