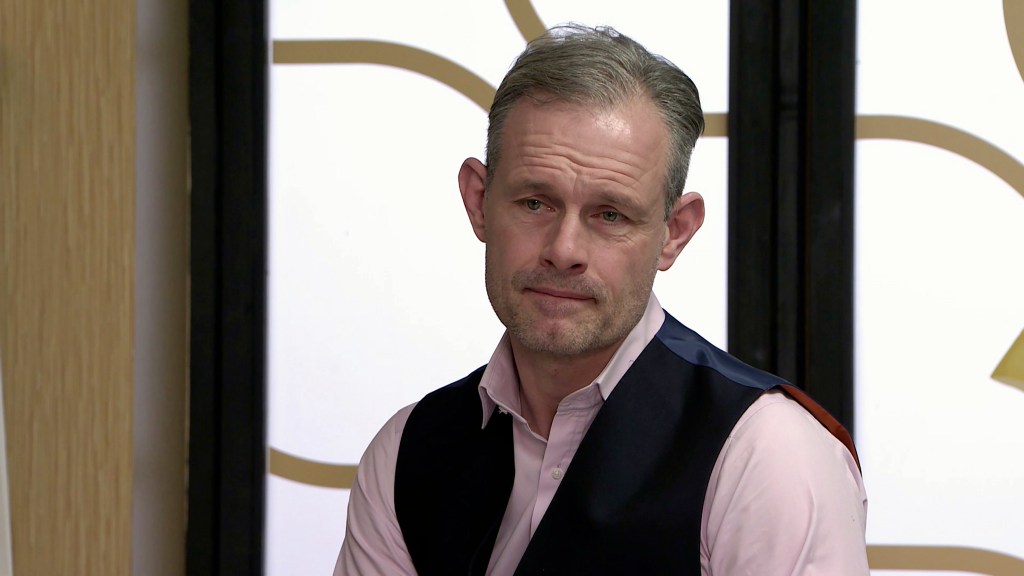 Nick Tilsley (Ben Price) in Coronation Street is waiting patiently for Leanne Battersby (Jane Danson) to be ready to resume their relationship, but little does he know Leanne and Simon Barlow (Alex Bain) are currently involved in a terrifying drugs ordeal with Harvey (Will Mellor).

Nick has tried to show Leanne how much he still cares about her, but she is failing to let him in, no doubt fearing if Nick found out about Harvey, things would get so much worse.

As Nick continues to worry about Leanne, it remains to be seen just whether he will learn everything about her business with Harvey. Elsewhere, there’s a close bond forming between Nick and Sam (Jude Riordan) since he separated from Leanne, but as Ben Price revealed, if his character found out about Harvey, he could be forced to choose between Leanne and his son:

‘Nick doesn’t really know what he’s dealing with right now but he’s there, like he always is for his mum and for David, that’s Nick’s character. Peter runs away from a situation, David fights against a situation whereas I think Nick just digs in. He’s here, he knows it’s going to get really messy, but he’ll stick by her, stand there and fight and do whatever needs to be done.

He wants to give Leanne stability, but I think he’s going to find it difficult with Simon, especially now he’s got his own son, I hope he doesn’t have to make a choice.’

Throughout Leanne’s time grieving for Oliver, she’s put more and more distance between her and Nick, but no one has ever really stopped and asked Nick how he’s coping with the situation, so Ben explained what he thinks:

‘I think he’s confused but he understands the trauma of losing Oliver, she’s hurting and it’s a very difficult time. He wants to help her, he loves her, but at the end of the day he accepts she needs space, and he can’t dictate how long it takes for Leanne to come to terms with her grief.

She just needs to know he loves her and he’s there for her. I think it’s more interesting that Nick doesn’t react like you may expect. He is gutted but I think he understands.’