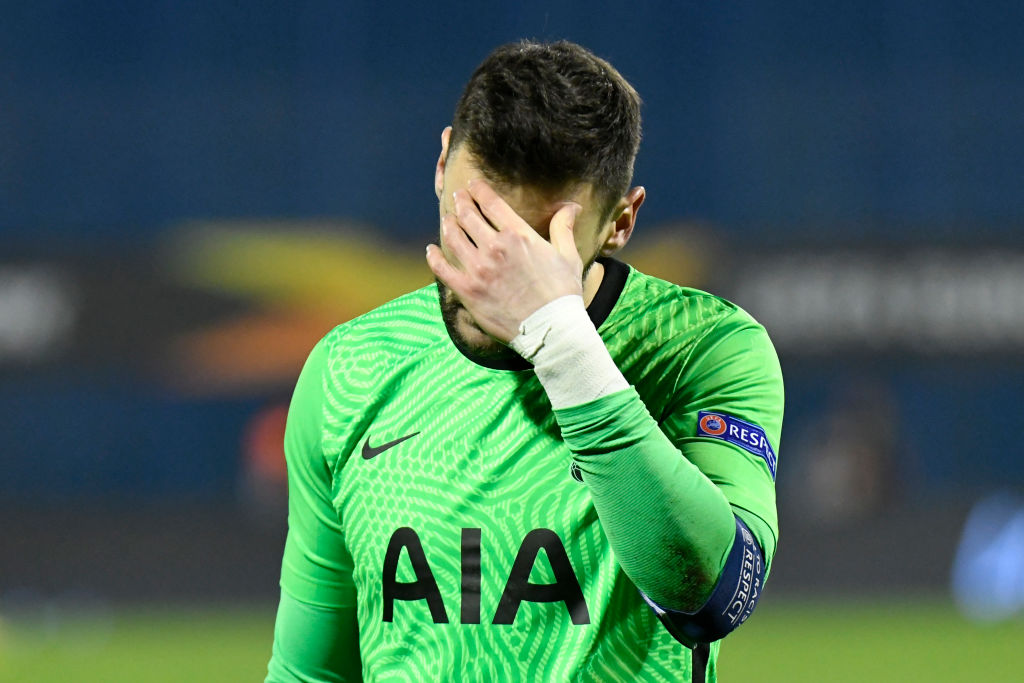 Hugo Lloris has described Tottenham’s Europa League defeat to Dinamo Zagreb as a ‘disgrace’ and hinted at deeper problems running through the club.

Spurs came into Thursday’s second leg tie seemingly with one foot in the quarter-finals thanks to 2-0 win at the Tottenham Hotspur Stadium last week.

A hat-trick from Mislav Orsic however saw Dinamo secure a stunning fight back victory and dump Jose Mourinho’s side out of the competition.

‘I think we are all more than disappointed,’ Spurs captain Hugo Lloris told BT Sport post-match.

‘It is just a disgrace. I just hope everyone in the training room feels responsible of the situation because it’s a disgrace.

‘What can I say more about it? Talking about the game of Sunday, I think it’s not the right moment. The taste of the defeat tonight is just more than painful, and we are all responsible.’

It has been a miserable week for Spurs who suffered defeat in the north London derby last Sunday and asked whether the result in Zagreb was more painful than the loss to Arsenal, Lloris continued: ‘It’s just accumulation. Obviously we are a club full of ambition, but I just think the team at the moment is just a reflection of what’s going on in the club.

‘We have lack of basics, lack of fundamentals, and all our performances are just in relation of that, you know.

‘Mentally we should be stronger, we should be more competitive. Today I didn’t feel that on the field, unfortunately when you are not ready at this level you pay straight away.

‘Full credit belongs to the opponent, they played the game full of belief. But the blame is on us, all the team, all the club, we are guilty.’

Pressed further on his comments about ‘what is going on in the club’, Lloris said: ‘No, I don’t have to go deeper. It’s not possible… the way we play is just not enough, not enough.

‘To behave as a team is the most difficult thing in football, whatever is the decision of the manager you have to follow the way of the team.

‘If you follow the team only when you are in the starting XI that causes big problems for the team because you pay on one moment, and you’re going to pay in your season, and today is the consequence of that.

‘We had a great moment in the past because we could trust the togetherness that was in the team. Today, I don’t know, I’m not sure about that.’