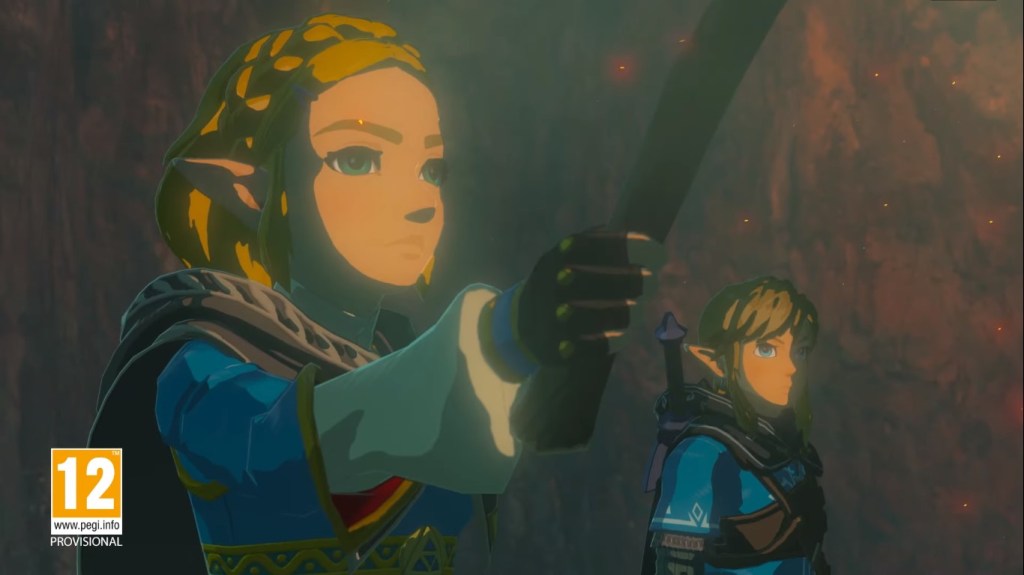 The Friday Inbox pits the hype for Horizon Forbidden West against Xbox Game Pass, as one reader recommends Othercide.

Successful duo
Like everyone else I was very impressed by the Zelda: Breath Of The Wild demo running at 8K with ray-tracing. I know there’s no chance that the Switch Pro will make anything look that good but it does get me excited at the prospect of Nintendo playing with somewhat modern tech. It also gets me wondering whether the Breath Of The Wild sequel is something that’s going to end up as a launch game.

Think about it: the Switch Pro has been rumoured for years now and the sequel has presumably been in development for that long too. Nintendo know how well the first game did as a launch game for the original Switch and the obvious thing to do is try and recreate that. Plus, the original barely ran properly on the standard Switch so it stands to reason that they would want to use new hardware to push things further.

Completely circumstantial I’ll admit but I think there’s probably a good chance it’s true. I certainly don’t have any doubts the Switch Pro is real and even if the timing is just a coincidence it seems like the game and console would be a perfect match. I’m now reasonably optimistic that the next Nintendo Direct will be better than expected, rather than the usual disappointment.
Roady

Big hitters
Fascinating to see Microsoft ratcheting up the pressure on Sony this month with Game Pass. Enough for them to hit back with some free games out of the blue, but a one off like that really isn’t any match for something that’s already as well established as Game Pass is now.

It seems to me Sony just want to get through the next few months and then start rolling out their exclusives so that they can make a difference. I like the look of Returnal but who knows whether it’s going to be a big hit. My gut tells me it won’t be though, regardless of whether it’s any good or not.

That means the first big hitter is Ratchet & Clank: Rift Apart, which is definitely going to impress in terms of graphics but I don’t know if it’s really something older gamers are going to get behind. It’s never seemed to have that Nintendo still charm to it to me, just a bit more obnoxious overall.

After that, as far as we know, is Horizon Forbidden West which is maybe the safest hit overall, and probably what is going to be Sony’s big Christmas game. Is it a more compelling reason to a buy a console than Game Pass though? I’ve got to say I’m not sure it is, especially not at £70. Some might not like to admit but I think Microsoft are in the ascendance here.
Pinky

Second go
I just thought I’d write in to say how much I’m enjoying Othercide. I actually bought it a while back and despite being a huge fan of Darkest Dungeon and turned-based games like XCOM, which I think describes this game well, I couldn’t get into it. But a few days off work, looking through my library and I decided to try again. I love how tactical you have to be, it’s such a punishing game if you mess up.

The art style is probably down to personal taste, I think it looks good. Think mainly though I’ve found myself in a bit of a gaming slump recently. Replaying games I’ve done to death, not liking the look of recent games. I’ve quite a few games I’ve given up on for one reason or another, so after this I think I’ll spend some time with some of them as this has been an enjoyable experience proving myself wrong.
Liam

GC: We agree, it’s a great little game – and we say that despite not really liking the art design.

Big push
I could be misremembering, but didn’t Microsoft try and make a dent in the Japanese market at the start of the Xbox 360 generation with Lost Odyssey, The Last Remnant and Blue Dragon? As I recall Microsoft were stung by the Japanese public’s disdain for the first Xbox and then signed up Hironobu Sakaguchi, the man who created the original Final Fantasy games.

Inevitably Xbox 360 sales remained negligible, and after this attempt Microsoft may have decided to focus on markets they know, or at least think they can win.
He_who_runs_away (PSN ID)

GC: That was certainly their most concerted effort in Japan. The most obvious problem is that none of those games were particularly good.

The Netflix model
What I want from a streaming/subscription service is the ability to play the games I have purchased digitally on the console or PC locally. Or on a phone, tablet, or PC via streaming.

None of the services let me do both as far as I can tell. I have hundreds of games in my various libraries that I cannot just stream when I want, unless they happen to be also in a subscription service. Sort it out games companies.
Chris Hard

GC: That’s not really what streaming is about at the moment, with most services following the Netflix model. However, GeForce Now does use a virtual computer that you can play your existing games on.

Change of plans
Before Microsoft bought them, didn’t Bethesda say Starfield was for next gen consoles and PC? Wouldn’t that now make Starfield a next gen first party exclusive for Microsoft of which they promised not to have for a couple of years.

Maybe they will try to scale it back and squeeze it on last gen machines. I don’t think too many would care if it was a next gen first party exclusive though.
Simundo

GC: Those comments about first party exclusives are still amongst the strangest thing Microsoft has ever done or said. They’ve already quietly U-turned on it with games like Fable and Forza Motorsport though and we’re sure Starfield will be the same.

Lara laughs
You can claim Lara Croft And The Temple of Osiris and Lara Croft And The Guardian Of Light for free on PC by following and replying to a Square Enix tweet. Both games are very good as I have completed both on PlayStation 4 and Xbox 360 respectively.
Andrew J.
PS: Looking forward to the new Life Is Strange game.

Games Inbox: Is Zelda: Breath Of The Wild 2 a Switch Pro launch game?

New Life Is Strange: True Colors out this September with remaster collection

Kneejerk reaction
I don’t see how those free Sony games aren’t a reaction to what Microsoft has been doing this past week with Game Pass but much like the PS Plus Collection it all seems a bit undercooked and a kneejerk reaction. Half the games are primarily VR games, regardless of whether they’re good or not, and Horizon Zero Dawn is pretty old and, as one reader pointe out yesterday, fairly flawed.

Sony obvious see that Microsoft are doing things, popular things, that they have no counter for and I’m struggling to understand why they haven’t had a better plan in place before now. They knew Game Pass was going to be the Xbox’s big sell years ago and have plenty of time to come up with an alternative to it… which they haven’t done.

I’m not really sure what they expected is either because they’ve actually had an easier ride of it than they should’ve of, with the delay of Halo Infinite and still no sign of an Xbox Series X exclusives. And yet still Microsoft is winning a lot of mind share with Game Pass anyway.

I remember people predicted, maybe it was GC, that Sony would end up stubbornly not having an Game Pass equivalent before eventually giving in after a year or so and rushing out a half-baked version of their own. I’m going to bet that is exactly what happens and it’s a completely needless mistake on their part.
Kofey

Inbox also-rans
Lara Croft: Journey To The Centre Of The Earth. Love that idea so much (with gameplay closer to the earlier games and a smidge less mass-murdery than the newer games).
Anon

GC: It’s such a good idea we’re going to be constantly disappointed when none of the new games use it. Kudos to the reader that came up with it.

I’ve noticed torne is getting next generation updated once again in Japan. How come the PlayTV adapter or app never got any software support for PlayStation 4/5 for Freeview live TV over here?
K1LLAY

This week’s Hot Topic
The subject for this weekend’s Inbox was inspired by reader Newton, and asks what’s your favourite beginning to a video game?

What game do you think makes the best first impression, regardless of what follows? Assuming the beginning means anything with the first hour (although it can be a much smaller section within that time) what game do you feel starts off the best?

What is it about its opening that works so well? Is it the presentation, the story hooks, or simply the gameplay? How important is a good beginning and which good games do you feel start poorly?