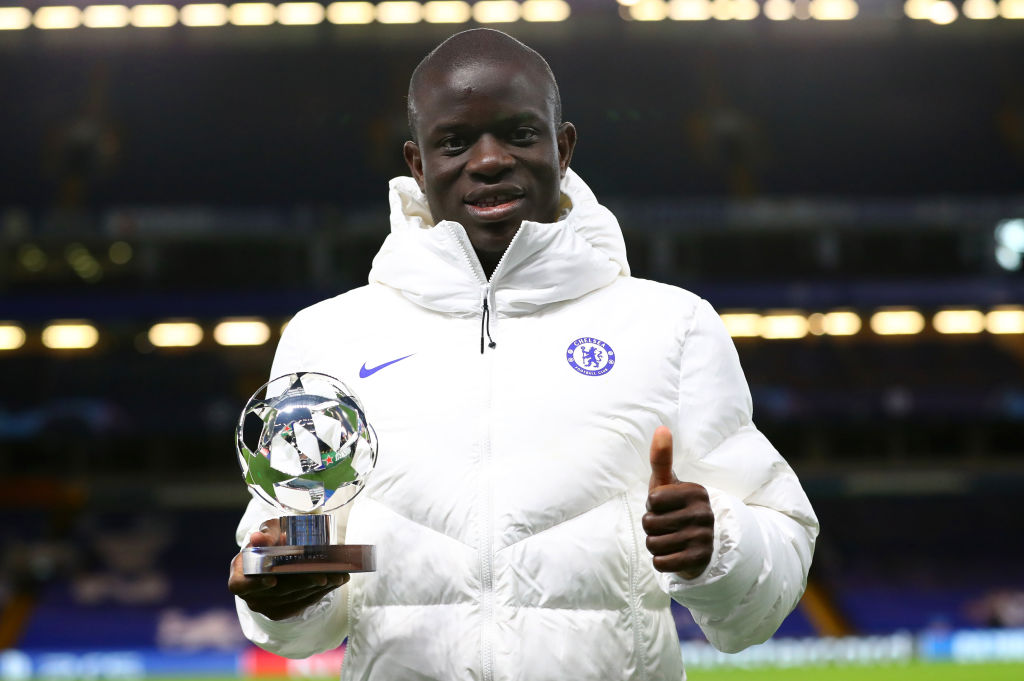 Thomas Tuchel has paid tribute to N’Golo Kante, insisting Chelsea played against Atletico Madrid with ‘half a man more’ due to the Frenchman’s presence on the pitch.

Goals from Hakim Ziyech and Emerson Palmieri on the night saw the Blues ease to a 3-0 aggregate win over the La Liga leaders at Stamford Bridge, booking their place in Friday’s Champions League quarter-final draw.

Kante turned in a sublime display against Diego Simeone’s side, back to his best as Atletico failed to find a way through.

Tuchel arrived at Chelsea in late January and described having a player like Kante available as a ‘big gift’ in his post-match press conference, hailing the 29-year-old’s ‘outstanding’ performance.

‘I never know the age of my players just from performance,’ Tuchel said.

‘If you play with N’Golo you have half a man more because he has a volume that is simply outstanding.

‘It is a big gift for me, a guy so, so humble and a big helper on the pitch. Don’t underestimate his quality.’

‘He is back to his best. He was sensational,’ Cole told BT Sport. ‘He has the canny ability where he is in the right place at the right time.

‘Players do not get round him. It is like having two men in there. He looks about five years younger again.’