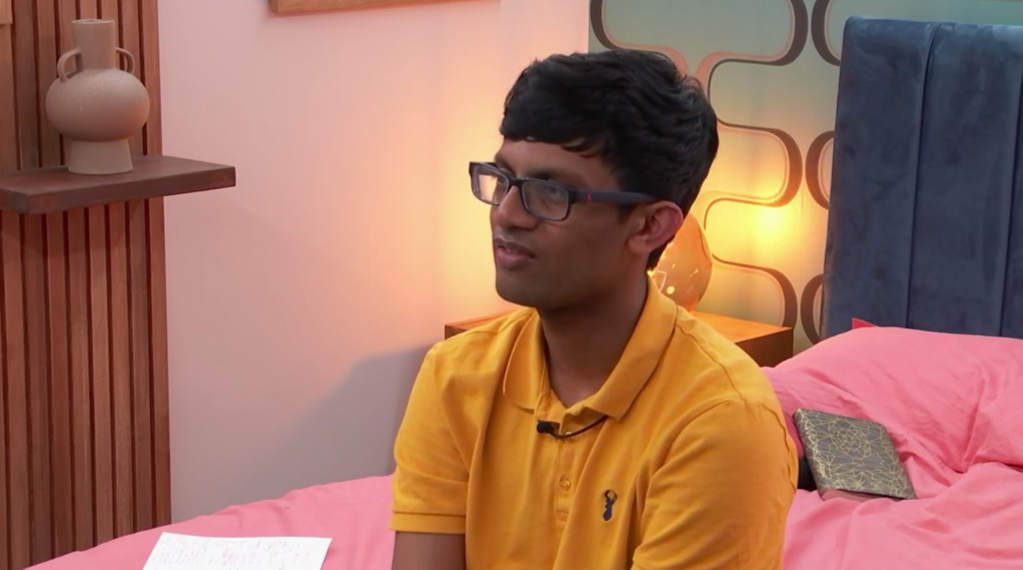 The Circle star Vithun was branded a ‘genius’ by viewers as he instantly saw through the wild ‘Tally’ twist.

At the very beginning of today’s episode, Yolanda – who had been blocked while playing the game as husband Chris – was given the opportunity to clone another player’s profile, to stay in the game.

She decided to secretly re-enter the competition as Tally, sending the Circlers into a spin when an ‘orange’ Tally appeared alongside a ‘blue’ version.

Right on cue, there was a lot of screaming as the original star realised that her page had been copied.

As their fellow stars got their minds around the ‘new arrival’, Vithun instantly went into detective mode over the twist.

‘Part of me thinks it’s Yolanda,’ he said to himself. ‘Like the real Chris, she’s like come back.’

Fans were seriously impressed by his investigating skills, flocking to Twitter to discuss the scenes.

‘Wtf how did Vithun clock instantly? #TheCircle,’ another said, as a viewer screamed: ‘VITHUN YOU ARE KING #TheCircle.’

‘Vithun got it straight away, man is a genius #TheCircle,’ a Twitter user agreed.

Sadly for original Tally, most of her other co-stars still weren’t convinced, and couldn’t make their minds up on who the imposter is.

Vaccinated people ‘are 30% less likely to pass on Covid’

After she kept getting increasingly annoyed at the twist, she decided enough was enough, and pulled ‘orange’ Tally – aka Yolanda – into a private chat.

Will she be able to catch the catfish out?

The Circle continues daily, at 10pm, on Channel 4.


MORE : Roman Kemp speaks out after his emotional mental health documentary: ‘Please be the hero your friend needs’


MORE : Caroline Flack fans praise her ‘truly remarkable’ mum and sister after they speak about her death in documentary