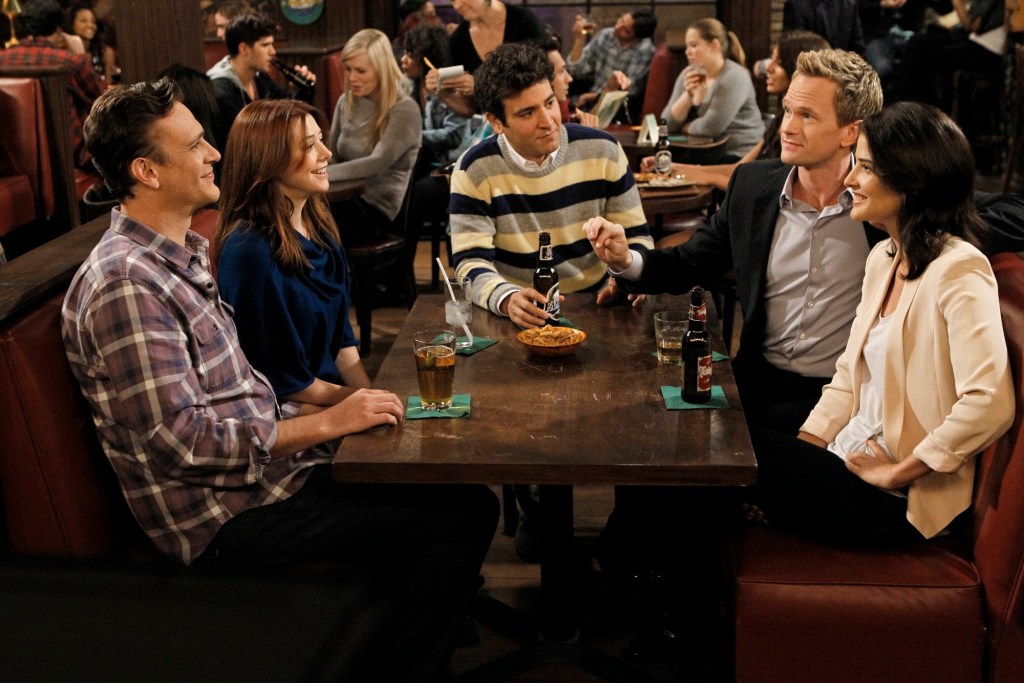 How I Met Your Mother star Alyson Hannigan sparked calls for the sitcom to make a comeback after she shared a sweet cast photo on Instagram.

The actress played Lily in the comedy which ran for nine seasons from 2005 until 2014.

The series followed a father who, through a series of flashbacks, tells his children about his life with his best friends leading up to him meeting and falling for their mother.

On Instagram on Monday she randomly posted a picture of the show’s stars gathered together with The Karate Kid – and now Cobra Kai – stars Ralph Macchio and William Zabka.

The Buffy the Vampire Slayer star didn’t elaborate but put a smiling emoji in the picture caption.

The post got fans thinking about a reunion between the cast, which also included Neil Patrick Harris and Cobie Smulders.

‘We’re all ready for a reboot that lasts another 7 seasons … 👀’ read one comment.

Another said: ‘PLEASE GIVE US A REUNION🤧’ while a further comment said: ‘If only they could reunite and make season 10.’

‘We need a reunion’ one fan posted as another pleaded: ‘Please say there’s a reboot. I miss you all!’

One follower wrote: ‘miss u guys, ngl we need a reunion’ and another echoed many fans’ thoughts by saying: ‘We need a HIMYM reunion 😍❤️’.

More: How I Met Your Mother

The Legendary Barney Stinson Quiz: How well do you know the iconic HIMYM character?

How I Met Your Mother had a controversial ending as dad Ted revealed the mother had passed away from an unknown illness, leaving him free to reunite with on/off girlfriend Robin, played by Cobie.

Speaking exclusively to Metro.co.uk last year, Cobie defended the show’s decision – and accidentally reopened some old wounds for fans who still aren’t quite over her split from Barney (Neil Patrick Harris).

The 38-year-old said: ‘I think at the end of the series between Robin and Barney, that was sort of the relationship everyone was rooting for. But when you go back to the very beginning of the show, it was Robin and Ted.

‘So, I think that it’s a different way to watch the show now when you see it in its entirety.’


MORE : Exes Harry Styles and Taylor Swift reunite at the Grammys as Fine Line star cuddles up to Lizzo after big win