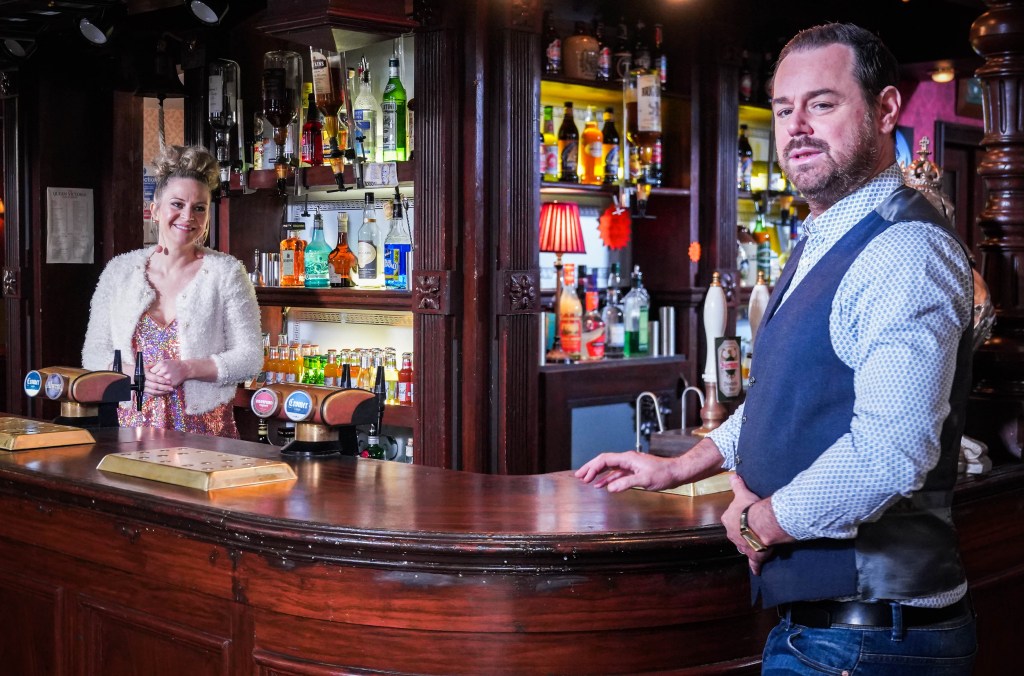 EastEnders favourites Mick and Linda Carter (Danny Dyer and Kellie Bright) are on cloud nine in upcoming scenes, as they set foot back where they belong in The Queen Vic.

The former landlord and landlady reclaimed the iconic boozer last month, after Max Branning (Jake Wood) gifted the pub to Linda in one final selfless act before departing.

Mick is full of smiles in pictures for next week’s episodes, as he takes the reins of the legendary pub once more in what promises to be a new era for he and soulmate Linda.

The Carter patriarch certainly embraces this special moment, opening the doors of the pub to the punters of Walford much like he did back in 2013 when he first bought the boozer.

It’s a rollercoaster of emotions for Mick on the week in question, as in addition to moving back to The Vic, he receives word from DI Pine that sex abuser Katy Lewis (Simone Lahbib) has been arrested.

What’s more, the police intend to appeal for more survivors, leaving the publican worried that people will discover the truth about what he went through.

Meanwhile, Stuart and Rainie Highway (Ricky Champ and Tanya Franks) are puzzled as to how everything worked out for Mick and Linda, but when Stuart gets wind of a woman having been arrested on historical child abuse offences, he start to piece it all together.

Frankie (Rose Ayling-Ellis) is fearful that her mum will be exposed as a sex abuser, but when she relays her concerns, Stuart overhears and left speechless.