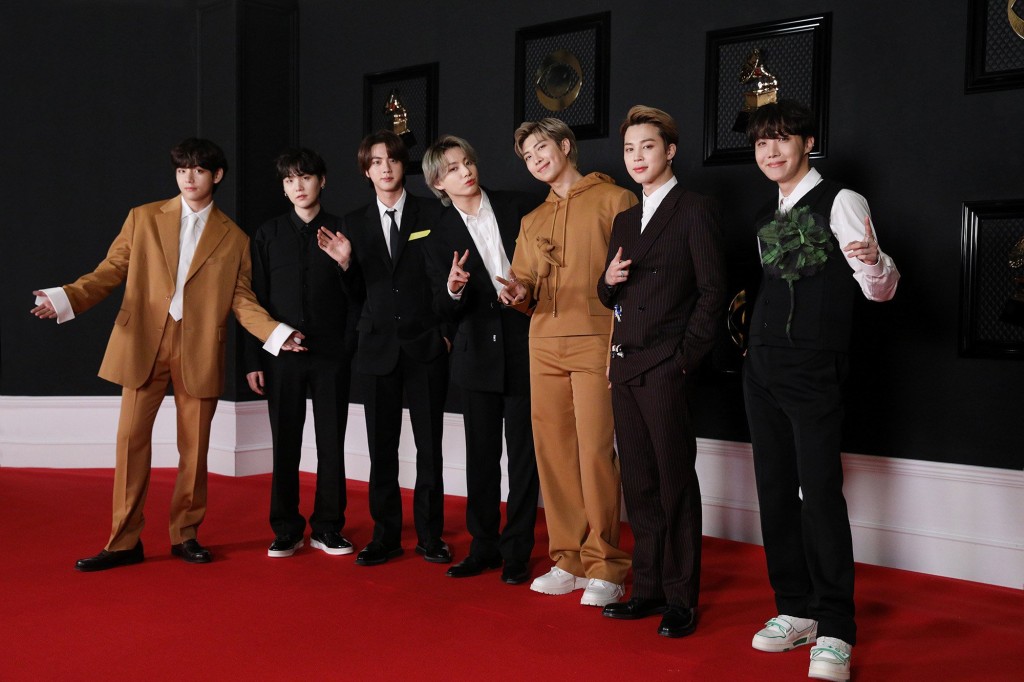 BTS may have missed out on taking home a Grammy but the band didn’t let that dampen their excitement for one of the biggest nights in the music calendar.

The band had made history for their nomination by becoming the first K-pop band to be nominated in a major category at the Grammys.

They’d been up for best pop duo/group performance for their song Dynamite, but fans were understandably disappointed that BTS weren’t the ones who ended up winning it and joining the honourees on the night.

Lady Gaga and Ariana Grande ended up winning in that category for their collab on Rain On Me, but Jimin revealed he was still happy to have had such a special Grammys experience.

Sharing a selfie on Twitter, he wrote: ‘Everyone has a hard time staying with us until this time! Thank you for supporting me Thanks to this, I have experienced such a ridiculous experience. Thank you very much and I am happy, ARMY! Love it.’

The Army took to social media to voice their disappointment that BTS weren’t crowned winners, tweeting: ‘unfortunately, bts did not win the grammy they were nominated for.

‘But let’s not forget that they were the first and only korean group to get a nomination and to perform there. that is historic and im still so proud of them :(‘

Others added: ‘it’s okay. it’s gonna be okay. we’re gonna get that grammy win soon, sweethearts. we love you and we’re so proud of you. all of you deserve everything loves!’

The fans also made sure to make note of how much of an achievement it was to even be nominated, adding: ‘oh and let’s be clear, bts it still the first korean group to ever be nominated for a grammy and perform which are both tremendous within themselves. dont get it twisted. this loss is more than any other groups wins.’

While it may not have been their night, with all the other records BTS have broken, it’s probably only a matter of time until they have a Grammy to add to the shelf, too.