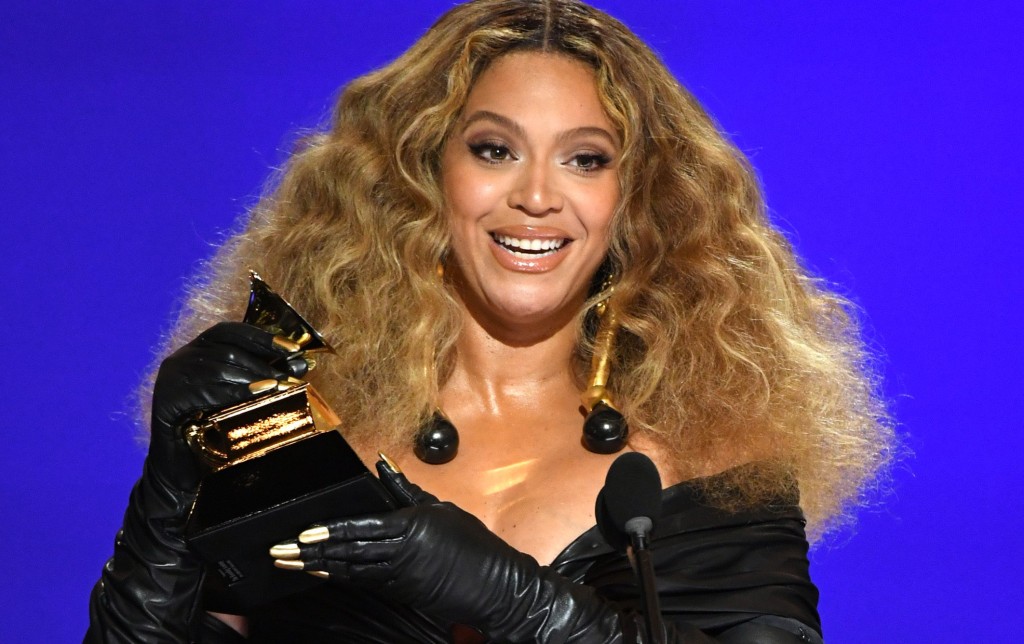 Beyonce had been the most-nominated artist at the Grammys 2021 and she certainly didn’t disappoint, as she racked up her 28th Grammy and broke the record for the singer with the most wins ever.

The singer notched up her 28th Grammy award for best R&B performance for Black Parade, meaning she is now the most successful winner in Grammys history, male or female.

Beyonce paid tribute to her children on stage, including Blue Ivy Carter, who also became a Grammy-winner at the age of just nine for her feature on her mum’s song Brown Skin Girl.

She hugged husband Jay-Z before heading on stage to deliver an emotional acceptance speech.

Beyonce said: ‘I am so honoured, I am so excited. As an artist I believe it’s my job and all of our jobs to reflect the times.

‘And it’s been such a difficult time so I wanted to uplift, encourage, celebrate all of the beautiful black queens and kings that continue to inspire me and inspire the whole world.

‘This is so overwhelming. I have been working my whole life, since nine years old and I can’t believe this happened, it’s such a magical night. Thank you so much.’

Earlier in the night, as she went up on stage with Megan Thee Stallion to collect the award for best rap song, Bey told Megan: ‘I have so much respect for you. I’m honored that you asked me to be a part of this song,’

Others added: ‘We lived to see one of the greatest entertainers of ALL TIME reach her goals and become the legend she said she wanted to be!’ and ‘BEYONCÉ!! A history making, record breaking Queen’.

Savage, Megan Thee Stallion’s collaboration with Beyonce was also a big winner on the night and made Megan a multiple Grammy-winner for the first time.

Grammys 2021: All the must-see performances from Harry Styles to Dua Lipa

Grammys 2021: Beyonce makes history with most awards won by a singer

In her acceptance speech, Megan admitted that she often asks herself ‘what would Beyonce do? But let me make it a little ratchet’ and wanted to be ‘the rap Beyonce’ when she was growing up.

The pair are both from Houston, Texas, and both paid tribute to their town, adding: ‘Houston, we love you.’