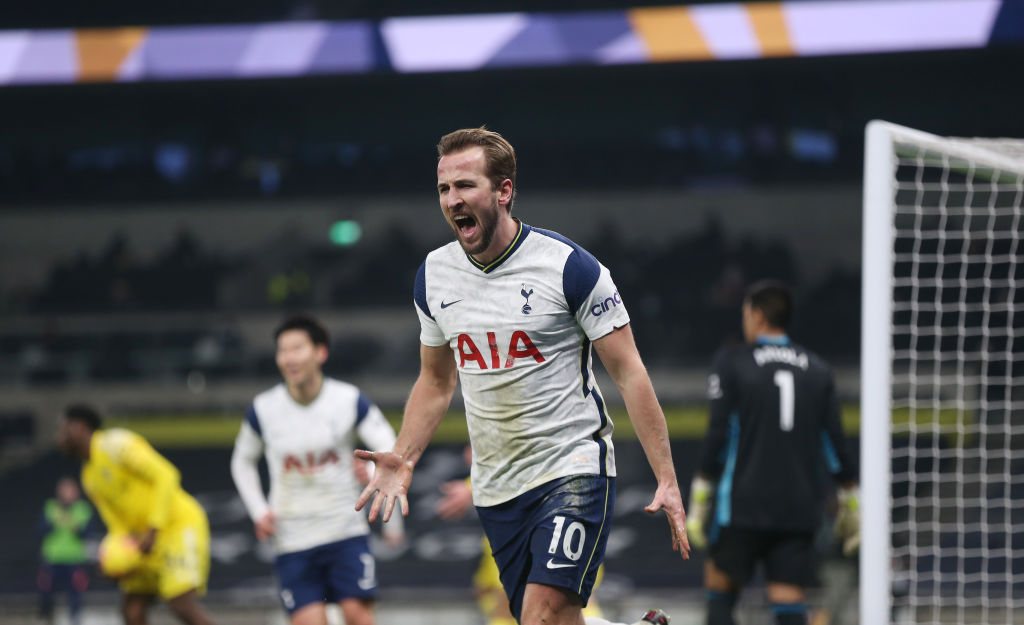 Graeme Souness has paid tribute to Harry Kane and says the Tottenham and England striker would ‘walk into’ the Real Madrid or Barcelona team.

Kane has established himself as one of the best goalscorers in world football over the past seven seasons, scoring an impressive 214 goals in 324 appearances for Spurs and 32 goals in 51 games for England.

With 159 Premier League goals, Kane is already ninth on the list of top goalscorers in the competition and has been widely tipped to surpass Alan Shearer’s record tally of 260.

Souness is a huge admirer of Kane but says the 27-year-old may ‘want to think about leaving’ Spurs at the end of the season, particularly if Tottenham again fail to win a trophy.

Kane would not be short of suitors, at least according to Souness, who says the England international would ‘walk into’ the starting line-ups of most of Europe’s biggest clubs.

‘If Tottenham fail to pick up silverware, then Harry Kane should be having a word with his agent about new employment,’ Souness told The Times.

‘Even if they beat City, he might still want to think about leaving. He turns 28 in the summer, and time is running out for Spurs to deliver collectively on what his individual efforts deserve. And those individual efforts have been world class.

‘Unlike some in the punditry profession, great is not a term I confer lightly on footballers but Kane has the right to be called that.

‘Barcelona, Bayern Munich, Real Madrid, Manchester City – he would walk into the starting line-up of any of those teams. The window of opportunity to do so while in his prime is not big.

‘Daniel Levy, the chairman, would no doubt want to keep Kane and point out to him that he is working with one of the best managers in the game, and that it was not so long ago that the club reached a Champions League final.

‘Yet the fact is that Spurs were lucky to reach that final in 2019. They could easily have lost the quarter-final and semi-final ties with City and Ajax. They lost 20 of 58 matches that season which tells a story.

‘The results at the start of the 2019-20 season which led to Mauricio Pochettino being sacked a few months later were not a drop-off but the underlying trend which the Champions League run had masked.’