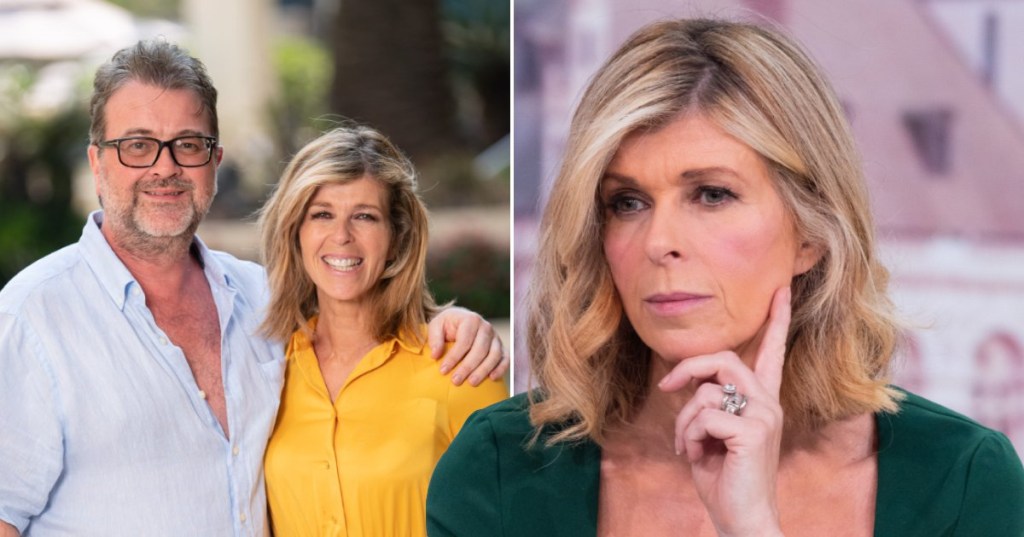 Kate Garraway has revealed her fears that Derek Draper may not have ‘any kind of life again’ after his condition deteriorated when she stopped being allowed to visit him.

The presenter, 53, has revealed to The Times that Derek had been improving at the end of last year but since new restrictions came into force in December meaning visiting was no longer allowed, he has regressed.

She revealed: ‘The very worst moment was when they said he could be locked in for ever. And I just thought, this is a horror story.

‘I don’t know if he’ll ever have any kind of life again. We just don’t know. The change in his body is shocking.’

Derek has been in hospital for a year since catching coronavirus and has been left with several drastic complications including his kidneys failing, damage to his liver and pancreas, his heart stopping multiple times and being left with holes in his heart as well as bacterial pneumonia and other infections which have left holes in his lungs.

Kate had been warned multiple times that Derek may not make it, and was even left waiting 24 hours after mistakenly being told he might have died.

After doctors tried to bring him out of his induced coma, Derek has remained with limited consciousness, but his recovery has been stunted by not being able to see his family.

Kate revealed that doctors had told her it is ‘highly unlikely’ that Derek would make a good recovery, but could make a ‘reasonable recovery’, which they described as ‘being able to hold a hairbrush’ by himself.

At the end of last year, he was able to breathe naturally, only requiring assistance at night and was able to swallow his own saliva while being fed through a tube in his stomach as well as being off kidney dialysis and able to hold a hairbrush and push his glasses back up his nose.

During this time he was also able to recognise people he knew and to have brief conversations, including trying to remind Kate the name of their accountant after she pretended she had forgotten it.

Kate had renovated their home to instal ramps and wheelchair access by widening the doorways but says the latest lockdown caused his condition to deteriorate ‘dramatically’.

When will theme parks reopen?

She adds: ‘He’d been in hospital for nearly a year and I do wonder if he’s become institutionalised. I wonder if there’s a little bit of emotional lockdown going on.’

Kate has written about their ordeal in her upcoming book, The Power of Hope, which is released on April 29, and fans will get to see Derek’s struggle first hand in her documentary, Kate Garraway: Finding Derek, which will air on March 23 at 9pm on ITV.