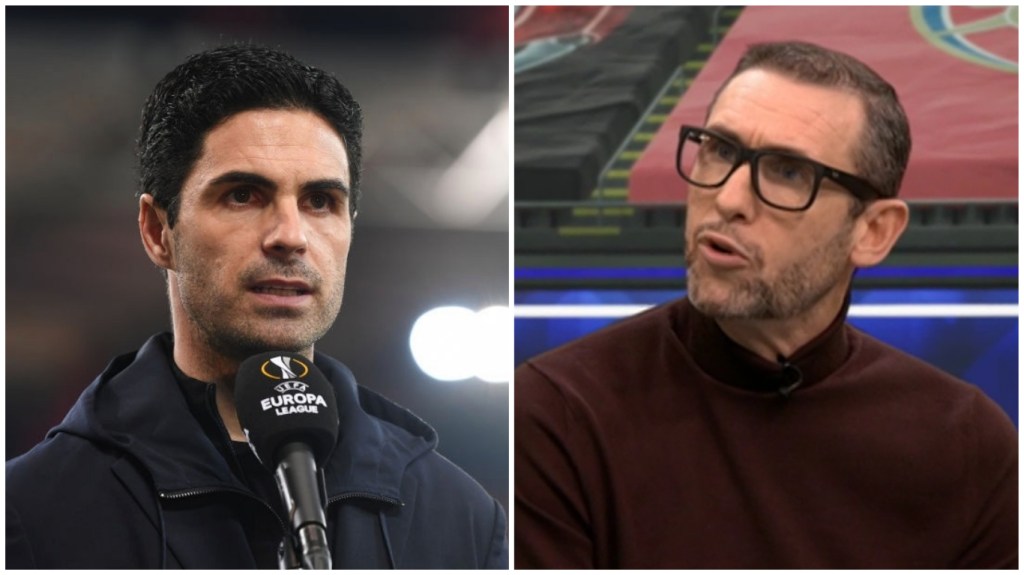 Martinelli, 19, was an unused substitute yet again on Thursday night as Arsenal beat Olympiakos 3-1 in the first leg of their last-16 Europa League clash.

It was a largely positive evening for the Gunners, who have taken control of the tie thanks to goals from Martin Odegaard, Gabriel and Mohamed Elneny.

Keown was disappointed not to see Martinelli at least feature from the bench, however, and questioned Arteta’s treatment of the teenager following the victory.

Martinelli missed the start of the 2020-21 season due to injury but has barely featured for the Gunners since returning from the treatment room and is yet to start a match in 2021.

‘One player we’ve not mentioned in all this is Gabriel Martinelli,’ Keown told BT Sport after Arsenal’s 3-1 win.

‘If I was his father or his family, I’m really disappointed for him because he’s not getting any football and he’s a great talent.

‘Again, I don’t know why that is, that needs explaining.

‘I’d like to see more of these young players come in because the ones that have come in, Saka and Smith Rowe particularly, have done exceptionally well.’

Keown demands ‘explanation’ from Arteta over Martinelli’s absence for Arsenal

‘Please be more patient, Arsenal fans, because this is our future, Gabriel Martinelli is our future. Yes, he’s fit but we don’t want to be blasting him in just in case he could break down.

‘We have players who are playing better now and we can ease him in. His time will come because Mikel makes the right decisions.’