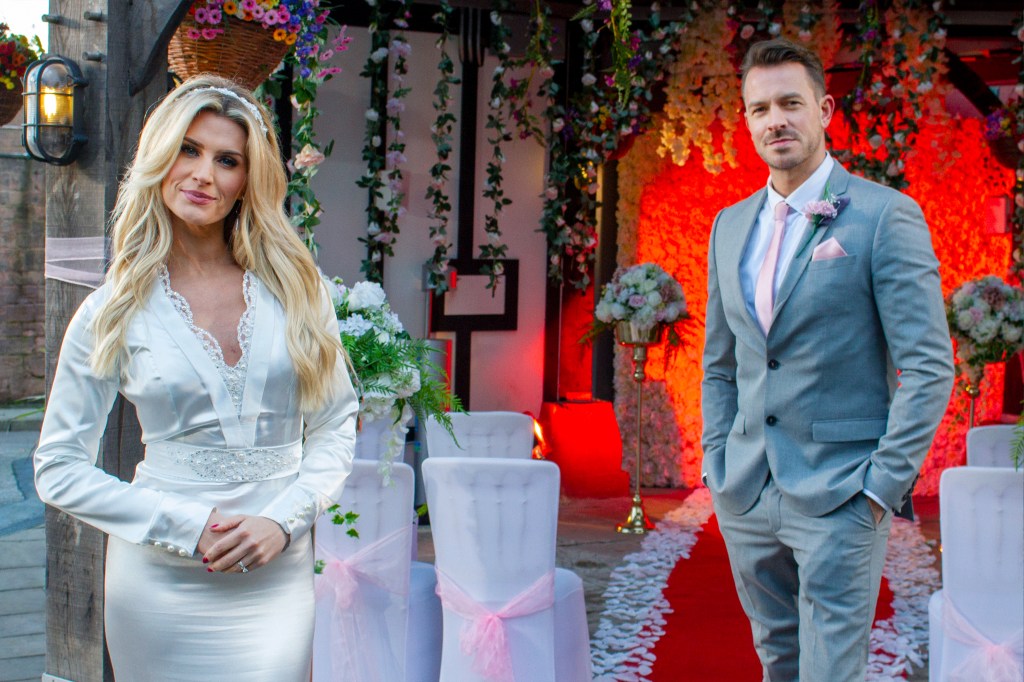 The much-loved character discovered Ella stabbed drug dealer Jordan Price (Connor Calland) earlier this year, and since making the discovery, she has gone to extreme lengths to protect her.

With Charlie Dean (Charlie Behan) having already confessed to the crime, Mandy further incriminated him, and went out of her way to make his life a living hell, in order to ensure her own child remains out of prison.

‘Mandy is not coping at all,’ actress Sarah Jayne Dunn told Metro.co.uk. ‘She’s hurting a lot of people that she loves, and acting out of character.

‘She’s naively thinking that this will just pass by and everything will be fine, and she can carry on playing happy families, but obviously in soap land that’s never going to happen!’

Charlie’s decision to come clean left Mandy taking drastic action this week, as she intercepted Nancy’s (Jessica Fox) video call with the young lad in order to tell him to accept the situation he is now in, and to leave Ella out of things.

‘It’s something that she would never never do,’ claims Sarah, who has portrayed Mandy since 1996, ‘Charlie is her stepson! He’s her best friend’s son, and Becca’s son.

‘She loves him, and this is showing what extremes she will go to protect her own daughter, and it killed her doing that video call, [she was] essentially manipulating him and blackmailing him.

‘I think the driving force behind this is that she’s lost a child before, and she’s lost Ella once. Ella has been in foster care, and that was a really testing time, so to get her back and fear losing her again… she can’t do it. She’s lost so many people in her life, and I think she’s just clinging on for dear life.’

Mandy’s decision to make Charlie’s life more difficult has brought with it more difficulties for herself, as it has inadvertently pushed Darren towards Nancy, and last night she discovered that Nancy had actually made a pass at her man!

With Mandy due to marry Darren in tonight’s edition of the Channel 4 soap, will such a discovery ultimately put a spanner in the works?

‘She trusts Darren and believes what they’ve got is real,’ said Sarah, ‘So when she hears this, it’s like her world starts to crumble, and she’s desperately trying to cling on to it.

‘I think she feels a bit: ‘woe is me.’ She feels like: “Actually, maybe I’ve brought this upon myself. I’m a bad person. What I’m doing is horrendous.” Without actually saying the words, she feels like she deserves this, and that maybe in a way she’s pushed them back together.

‘There are so many things going through her head and she’s not thinking clearly, but ultimately it propels her to push ahead with the wedding. She thinks she has to get this locked down and create a little secure bubble before she loses Darren.’

Yes, in spite of everything, the wedding ceremony does in fact go ahead, as Mandy walks down the aisle to tie the knot with Darren — as seen in the exclusive clip above — but what can viewers expect?

Will the bride-to-be actually be able to keep a lid on Ella’s secret long enough to get a ring on her beau’s finger?

The Circle: Hunter from Gladiators to star in the civilian series

‘In true soap style, a wedding never goes to plan!’ teased Sarah, ‘You never have a nice wedding day where everything is lovely and everyone has a nice time. There is always drama somewhere.

‘It is explosive, and there is a lot unfolding and unravelling.’

Hollyoaks airs these scenes Friday March 12 at 7pm on E4.