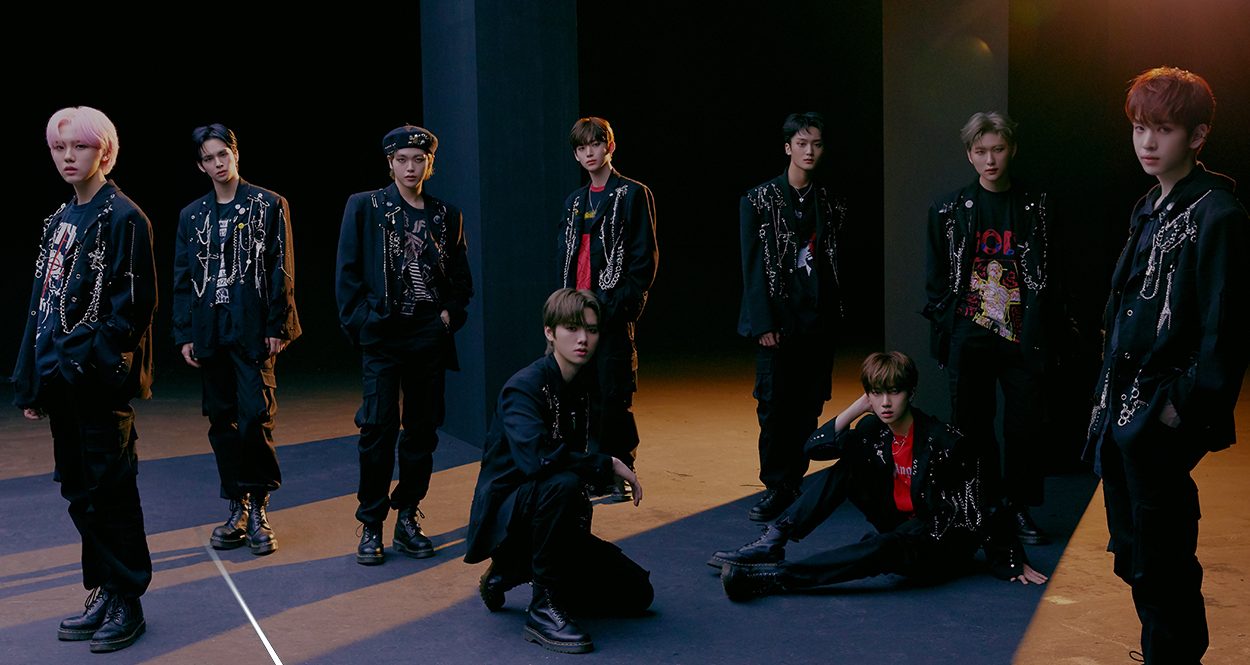 Cravity have looked back on their award-winning first year since debut as they return with new single Bad Habits.

The song appears on the K-pop group’s third EP Season 3. Hideout: Be Our Voice, the follow up to Season 2. Hideout: The New Day We Step Into.

They have gone from strength to strength in such a short space of time, releasing three mini albums and picking up rookie awards at year end shows including next leader at the Fact Music Awards, new artist of the year (male) at the Melon Music Awards and AAA Potential (singer) at the Asia Artist Awards.

Seongmin told Metro.co.uk what gave them the edge over other groups up for the same awards.

‘I think we were able to make it happen for three reasons. One, our fans LUVITY voted to support us. Two – we’ve been practicing really hard and three – we have strong team work.’

The nine members, which include former members of the now-disbanded group X1, debuted under Starship Entertainment in April 2020 with Break All The Rules.

Taeyoung confessed that the experience of being an idol over the last year wasn’t what he was expecting.

‘I’ve really learned a lot over the last year through many experiences. I think I’ve really grown up,’ he said.

‘Being an idol…maybe it was a little different than I thought. The biggest difference has been not being able to meet our fans because of the pandemic.

‘But I’m still happy to be a Cravity member, I wouldn’t change anything.’

Jungmo added they have tried to ‘understand each other a lot’ since debut, while Woobin credits leader Serim for guiding them through 2020.

‘He’s always very generous and respects others’ individuality,’ he added.

Groups with lots of members is nothing new for K-pop fans – TWICE, for example, also has nine, SEVENTEEN has 13 and NCT has 23 in total – and for Cravity this is only a plus.

‘I feel like our performances may look more powerful and clean due to the fact that all nine of us have our own auras and have stage presence,’ says Allen.

‘Also with nine people there are many more possibilities to create more formations [in routines].’

On having a hand in the process behind-the-scenes Allen shared: ‘It was fun. Honestly I wrote for the first time on the last album, and I definitely wanted to improve more and write more to communicate with our fans more directly.’

Season 3. Hideout: Be Our Voice is out now.


MORE : Billy Porter wants to embrace fashion legacy but is mindful to keep ego in check and we love him for it


MORE : Daisy May Cooper gets medical staff to hilariously reveal most annoying thing about her during hospital stay