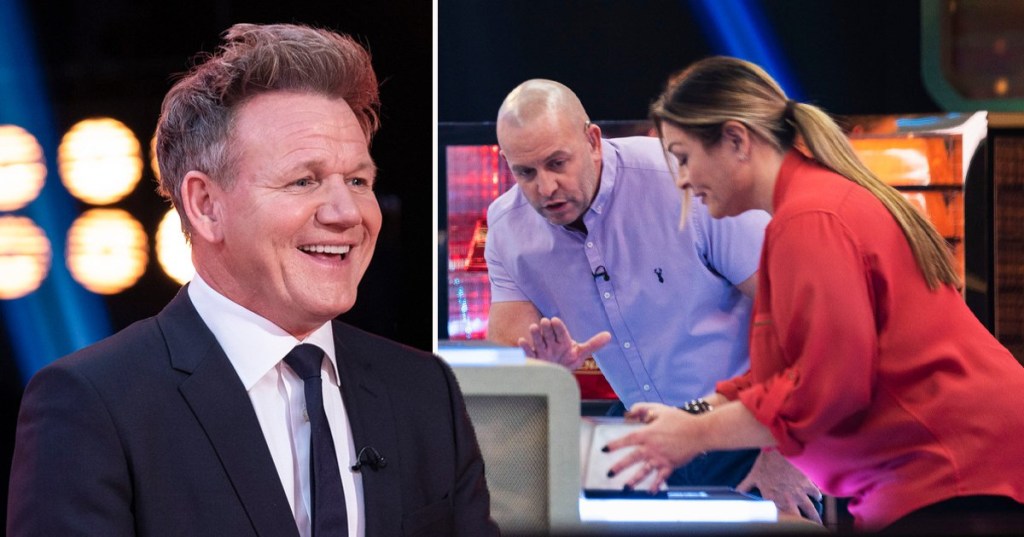 Viewers of Gordon Ramsay’s Bank Balance were left stunned after a couple didn’t realise Africa was a continent not a country and didn’t know what the Periodic Table was.

The episode began with a couple, Caroline and Andrew, take on the board to see if they could walk away with a windfall.

The pair had a hit and miss game overall, but viewers were left gobsmacked when they got some of the simplest answers wrong.

Caroline and Andrew, who live in Kent, were seen bickering as they took on the high-pressured game, but in their panic they missed out on some easy questions.

One of the tasks was to establish which three countries tigers were native to from the board, and Andrew’s first guess was Africa.

Caroline was dubious, asking: ‘Africa? Tigers in Africa?’, before the pair locked in India for their first answer.

Andrew kept suggesting Africa as an answer, but the pair were soon in the red, with Gordon telling them: ‘Africa is not a country, it is a continent and they don’t have tigers there.’

The pair soon began to squabble as they had to stack the bars, with Caroline telling Andrew: ‘That’s not in the middle, that’s going to fall! You’ve put it over too far!’

Viewers took to Twitter to share their thoughts on the gaffe, writing: ‘Africa is a COUNTRY!. Fun fact, #Lions#Tigers & #Bears are all on different continents!’

Others added: ‘so one thinks Africa is a country and the other has never heard of the Periodic Table. I see this going swimmingly…’ and ‘One of my pet peeves is when people call Africa a country. It’s not a country, it’s a continent!’

Some were just enjoying the pair bickering between each other, adding: ‘These 2 already having a domestic on #BankBalance’.

Spoiler alert – they didn’t quite manage to walk away with any cash after tipping the board.