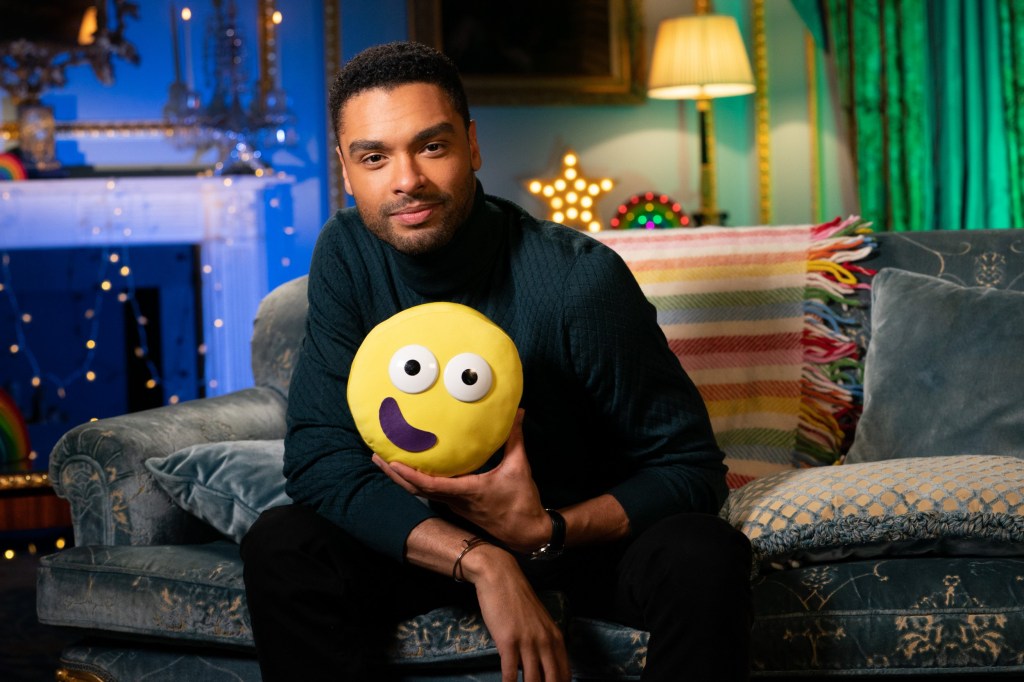 The British actor, who has been getting hearts burning across the world as the lovestruck Duke on Netflix, will be sending kids (and let’s be honest – some parents) off to bed with his dramatic retelling of a childrens’ book.

Regé-Jean will read Rain Before Rainbows by Smriti Halls and David Litchfield, telling the tale of a girl and her fox friend who travel together from a place of loss and despair, through uncertain times, towards the hope of colour, light and life.

The story aims to teach children that while rainbows can sometimes be hard to see, with courage and help of good friends, there is always a way out of darkness.

His episode will air Sunday, March 14.

Alongside the Regé-Jean will kick off a team of famous faces joining the show across the week – with Tom Hardy making his return for a new episode, with Rag‘n’Bone Man and Felicity Jones also appearing for a story each.

Rag N Bone Man will be reading My Dad Used to be So Cool by Keith Negley – a story about a dad who was in a band but isn’t as cool as he once was, but comes to realise he’s cool in different ways.

Felicity will read The Huffalots, by Eve Coy, about a mum who turns into a Hufflaot when she’s not getting enough cuddles at the end of the day.

On Wednesday, Tom reads Somebody Swallowed Stanley by Sarah Roberts and Hannah Peck – about a jellyfish who keeps getting swallowed by different animals until it’s discovered he’s actually a plastic bag.

Basically it’s going to be a hell of a wholesome week – whether you’re a parent or not.

CBeebies is available on iPlayer and the CBBC Channel.


MORE : Bridgerton star reveals ’emotional toll’ behind new film: ‘I had to take myself to some dark places’